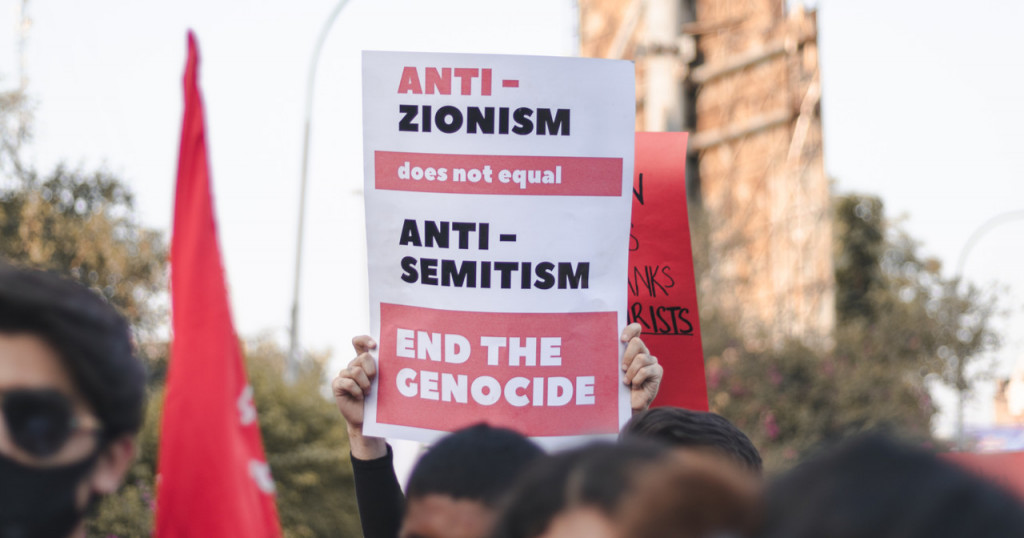 An 82-year-old Jewish supporter of the Labour Party has threatened to initiate legal action following the latter’s farcical decision to scrutinise her online conduct for alleged antisemitic views. Diana Neslen is being investigated by the left-leaning political party for the third time in less than three years. Most remarkably, she is adamant that the party is clueless of the true meaning of anti-Semitism, something that the Israeli government and its international allies – including the British government – repeatedly capitalise on with high success rates. It might in fact be argued that Labour is simply following the crowd by clearly positioning itself as a pro-‘Israel’ party, but not necessarily a pro-Jewish one. [1]

The octogenarian Neslen – who was recently diagnosed with cancer – lives in East London, and had witnessed the brutal rule of apartheid while living her childhood years in South Africa. She argues that her life’s work has revolved around campaigning against racism. Neslen regularly visits her local synagogue and maintains a kosher home. She is represented by the renowned law firm Bindmans LLP, which has a breadth of experience in complex human rights cases. The firm has stated that Labour’s investigation is disproportionate, as it rests on a single 2017 Twitter post. In the highlighted tweet, Neslen is reported to have said: “The existence of the state of Israel is a racist endeavour and I am an antiracist Jew.” Following the launch of its third investigation, Neslen sharply criticised Labour by arguing, “The Labour party has no idea in my opinion of what antisemitism is.” [1]

She has further stated:

“My son was attacked by a luminary of the BNP [British National party] who was jailed for three years. I remember picking up the phone and being subjected to death threats from the BNP. People who have never experienced antisemitism have no idea what it means, what it means for a Jew to be found guilty of antisemitism.” [1]

Neslen’s case has led to renewed calls for a clear distinction to be made between anti-Semitism and anti-Zionism. In 2016, the British government declared that it would accept a definition of anti-Semitism in order to tackle anti-Jewish hate crimes. The government controversially accepts the assertion that “such manifestations could also target the state of Israel, conceived as a Jewish collectivity”. [2] For reasons unknown, in the March 2016 article Lord Pickles – the government’s Special Envoy for post-Holocaust issues and Co-Chair of the UK Holocaust Memorial Foundation – refers to the England and Wales professional body for police officers – the College of Policing – as having “included” a specific definition of anti-Semitism. However, that definition in fact is a duplicate of the version published by the IHRA.

Indeed, the IHRA’s “non-legally binding working definition of antisemitism” is summarised on its website as follows:

“Antisemitism is a certain perception of Jews, which may be expressed as hatred toward Jews. Rhetorical and physical manifestations of antisemitism are directed toward Jewish or non-Jewish individuals and/or their property, toward Jewish community institutions and religious facilities.” [3]

The problem arises when state organisations – including governments – take the dangerous and incorrect position that criticism of Zionism is akin to anti-Semitism. It must be stressed that the IHRA definition itself makes no mention of Zionism or the state of ‘Israel’. However, supporters of the definition have sought to incorporate a number of “examples” of anti-Semitic statements and stances as being part of the definition. Indeed, in April of this year, an investigation commissioned by the broadcaster Al Jazeera found that the IHRA had misled the public with its own particular interpretation. A study undertaken by Oxford University researcher Jamie Stern-Weiner found that the IHRA misrepresented the definition because it seeks to give credence to eleven examples of anti-Semitism, with a staggering seven referring to ‘Israel’ or to Israelis. [4]

Avi Shlaim, Emeritus Professor of International Relations at the University of Oxford, states in the foreword to Stern-Weiner’s report:

“Expert criticism and political controversy have focused on a list of 11 highly problematic examples of purportedly antisemitic statements and behaviours. Seven of these 11 examples relate to Israel. All of these examples, according to Israel’s supporters, formed an integral part of the IHRA definition.

“The report shows that IHRA’s decision-making body, the Plenary, in fact decided to exclude all of these examples from its definition. The IHRA definition includes no examples. If there is widespread confusion about this, it is because champions of the examples within and outside IHRA have systematically and methodically misrepresented the Plenary’s decision.” [5]

As for Neslen, she formerly described herself as a “committed Zionist”. However, after visiting ‘Israel’, she drastically changed her stance. The consequential harm of leaderships such as Britain’s Conservative Party – as well as the opposition Labour Party – conflating two very distinct forms of hatred is that the populace also begins to unwittingly believe this to be factually true. In explaining her own change of heart, Neslen told the Guardian:

“I remember thinking at the end of the war, ‘Why didn’t the Germans do anything?’ When there’s injustice done in your name, you cannot close your eyes to it. That’s why I feel very strongly.” [1]

One might reasonably ask why it is the case that there is no accepted definition of anti-Zionism. The definition of anti-Semitism – as espoused by the IHRA and others – is already flawed in its formulation; it therefore appears convenient that the IHRA definition conflates a separate concept altogether. If there continues to be no room for legitimate criticism of the Israeli government, it would fly in the face of the Palestinians, who are consistently denied their basic rights due to oppressive stances held by successive Israeli administrations.

In January 2021, the UK Education Secretary Gavin Williamson was condemned after attempting to force universities to adhere to the IHRA’s definition of anti-Semitism. Williamson went as far as to threaten cuts to public funding for institutions that did not heed his demands. [6] At the same time, a collective of retired senior judges and lawyers signed a letter opposing Williamson’s demands. In their rebuttal, they stated that Williamson was “legally and morally wrong last October to instruct English universities to adopt and implement the International Holocaust Remembrance Alliance (IHRA) definition of antisemitism”. [7]

Antisemitism is abhorrent and I am urging universities to root it out by adopting the IHRA definition. If universities ignore the issue, I have asked officials to consider options e.g. directing the Office for Students to impose a new registration condition or suspending funding. pic.twitter.com/j6B5ZNc79T

The authors of the letter consisted of the retired Lord Justices of Appeal Sir Anthony Hooper and Sir Stephen Sedley; the solicitor Sir Geoffrey Bindman QC; the barrister and senior educator at Birkbeck, University of London, Professor Bill Bowring; and the barristers, Hugh Tomlinson QC, Michael Mansfield QC, Lord Hendy QC, and Frances Webber. In their statement, the authors also highlighted problems with the IHRA’s wording.

“The definition is often described as ‘the international definition of antisemitism’, but it has no legislative or other authority in international or domestic law. Noted scholars of antisemitism, including Prof David Feldman, director of the Pears Institute for the Study of Antisemitism at Birkbeck, University of London (2 December), have criticised its shortcomings.

“The IHRA added to the definition illustrative examples of statements that could be antisemitic ‘taking into account the overall context’. The majority of these examples do not refer to Jews as such, but to Israel. They have been widely used to suppress or avoid criticism of the state of Israel.” [7]

The Israeli government is by all accounts succeeding in its efforts to fuse together anti-Semitism and anti-Zionism into one concept. But as Kenneth Stern – the lead drafter of the 2005 Working Definition of Antisemitism statement – declared last year, “Zionism is not racism.” In addition, while referring to the Boycott, Divestment, and Sanctions (BDS) movement, Stern argued: “BDS isn’t always anti-Semitism.” BDS is a powerful Palestinian-led initiative that seeks to disrupt the Israeli economy through the three aforementioned methods. The Israeli government continues to make efforts to label BDS as anti-Semitic. In fact, in places such as Florida, state government officials have taken dramatic steps to introduce laws that prevent “discrimination against the State of Israel or the Israeli people”. [8]

In a November 2020 blog post for The Times of Israel, Kenneth Stern also said:

“I see the same politicization of complex terms today, in the opposite direction. But it disturbs me that some Jewish leaders, including those who understood the dangers of the UN’s equation decades ago, are applauding Secretary of State Mike Pompeo’s recent declaration that anti-Zionism is, by definition, anti-Semitism.

“Some anti-Zionism is anti-Semitic, especially expressions that employ classic anti-Semitic tropes or play into Jewish conspiracy tropes. And one can argue that since Jews are not going to give up their right to national self-expression without a fight, anti-Zionism is functionally anti-Semitic (and also anti-Palestinian, since its logical endpoint is perpetual conflict).