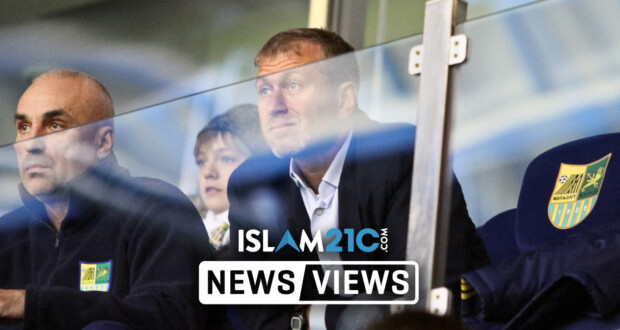 Leaked documents have revealed that Roman Abramovich, the owner of Chelsea Football Club, has been the main donor of an Israeli settler group accused of expelling Palestinians from their homes in occupied Jerusalem in order to bolster Jewish presence.[1]

The right-wing pro-settlement organisation Elad runs archaeological digs and sites in East Jerusalem, and controversially purchases properties in Palestinian areas to increase the Jewish presence there.

The Israeli-Russian billionaire’s involvement was revealed in documents as part of a leak of FinCEN documents, shared by Buzzfeed News with the International Consortium of Investigative Journalists as well as with 108 other media outlets and some 400 journalists around the world.[2]

The report also found that donations bound for Elad came from four British Virgin Islands companies, three of which are owned by Abramovich, and the fourth controlled by him. Prior to the leak, the ownership of the firms was anonymous.

The four companies collectively contributed a total of around 350 million shekels, amounting to half of Elad’s total funding between 2005 and 2018, ultimately making Abramovich its largest backer.

Around 90% of the donations that Elad received in 2007 were earmarked for “various development and residential projects in the City of David.”[3]

In response to the report, a representative for Abramovich said:

“Mr Abramovich is a committed and generous supporter of Israeli and Jewish civil society, and over the past 20 years he has donated over five hundred million dollars to support healthcare, science, education and Jewish communities in Israel and around the world.”

While the Russian-born oligarch – who was granted Israeli citizenship in 2018 – has maintained a rather private persona and has rarely commented on public or diplomatic issues, his huge contributions have greatly assisted in influencing the reality on the ground in an area with much civil unrest.

Elad has expanded its operations by buying Palestinian houses and using controversial Israeli laws that allow the state to take over Palestinian property. It is believed that approximately 450 settlers now live alongside almost 10,000 Palestinians in the predominantly Palestinian neighbourhood on the outskirts of the Old City.[4]

Settlement activity on occupied land is considered illegal under international law. Israel claims all of Jerusalem as its sovereign territory, although this is largely unrecognised globally.

Abramovich’s estimated fortune of $12.2 billion makes him the world’s 113th-richest person. Yet his unbridled actions have shown that he is more interested in stealing the homes of Palestinian residents. Marty Rubin put it best when he said, “You can rob from the poor to give to the rich, it’s legal.”

2020-09-22
Hamza Saleem
Previous: Sudanese leaders in the UAE for talks with Emirati and US officials
Next: UN General Assembly: Israeli envoy walks out after President Erdoğan’s criticism