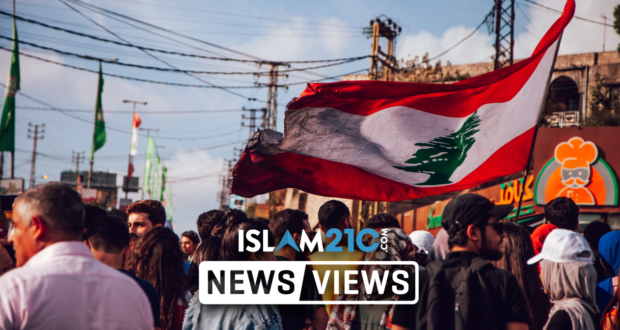 Protests in Lebanon have continued for a sixth day in a row since the beginning of last week. Each day has been bigger than the one before, with people expressing their anger over grievances such as corruption, theft, and sectarianism from its political and financial elite.

What started as a circulating message on WhatsApp calling to spontaneous protest against new tax plans turned to crowds of over 1.5 million people, equivalent to a quarter of the country’s population, taking to the streets to call for political and economic reform. [1]

Since the announcement was made last Thursday by the country’s telecommunications minister to tax internet-enabled voice calls, the people of Lebanon have protested, calling for the entire government to be replaced.

The banging of drums in Beirut’s Martyrs’ Square, as well as road closures in other cities, is all for a greater purpose and not only the supposed quick fix to raise revenues during a budgetary crisis. [2]

Lebanese people from all walks of life have united to direct their anger and outrage towards their resented government whose policies and frivolous decisions have disproportionally affected poor people.

By shunning their political affiliations and religious sects, the Lebanese people have put their government under intense pressure, with the coalition government expected to approve a package of economic reforms in an attempt to quash the biggest protests in the country in years.

“One of the strengths of these protests is that there’s been no leader. Everybody has come together from all sects, all religions, all backgrounds.”

“I’m not sure many know what will come next. Let’s say the government packs up and goes home, who takes over?” [1]

Some young people have voiced their frustrations in downtown Beirut, with one university graduate telling Sky News:

“The government is not being fair with the people … they’re taking money from the people and putting it in their pockets.” [1]

Another woman rushed over to explain her reasons for being present at the protest.

“I’m here because of inequality. Inequality in education, inequality in everything. We’re here, we’re young and we want to study and work in our country … we want to let our children learn in this country without leaving it.”

Prime Minister Saad al-Hariri, who was recently reported to have given out more than ¢16 million to a South African model while not in office, announced yesterday afternoon his plans to address the protestors’ concerns.

In addition to a 50 percent reduction in the salaries of both current and former political officials, as well as the abolishment of state institutions, he pledged to impose no new taxes in the 2020 budget. For many protestors, however, this may be too little, too late. [3]