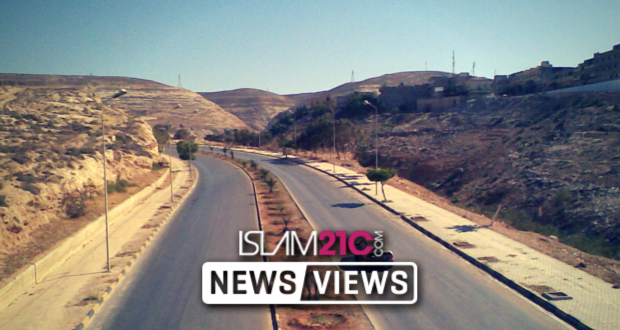 After a two-year siege by ex-CIA asset Khalifa Haftar, [1] the would-be ruler of all of Libya began his assault on the city of Derna at the beginning of May.[2] Since then the humanitarian situation has broken down further with the scarce supplies of food and medicine running out.[3]

With a population of over 125,000 the port city of Derna is the last city in Eastern Libya outside of Haftars control. The city is currently defended by a local coalition of rebels known as the Derna Protection Force which was formed after the dissolution of the local Shura Council.[4] The Shura Council was the group primarily responsible for the expulsion of the group known as ISIS from the city between 2014 and 2016.[5]

From the most concerning facets of the assault on Derna is the targeting of residential areas with artillery shelling and airstrikes resulting in a number of civilian deaths.[6] So far, at least 20 have been confirmed killed and thousands displaced.[7] Despite this intentional targeting of residential areas by Haftar’s military, logistical support from countries like the UAE and Egypt continues unabated.[8] Local forces have alleged that the UAE is supporting the assault on Derna with armed drones.[9] France too, seems to be involved in the assault on Derna. Luxembourg-based firm CAE Aviation has been providing reconnaissance aircraft to the French external intelligence service (DGSE) known to be active in Derna since 2016 as detailed in a piece by Africaintelligence.com.[10] [11] [12]

A number of national and international bodies including the High Council of State, the United Nations and Human Rights Watch (HRW) have expressed their grave concerns about the worsening situation in Derna and call for a ceasefire to allow urgently needed humanitarian aid to reach the city and for a peaceful resolution to be reached.[13] [6] [2] Unfortunately, the UN has not named the aggressor responsible for worsening the humanitarian situation, nor has it called on the backers of the self-styled Libyan National Army (LNA) to take an active role in peacebuilding despite the militia opposing the internationally recognised government in the country’s West.[14]

Along with prolonged periods without electricity, the people of Derna have had to deal with severe water shortages in this month of Ramaḍān as the desalination plant in Derna shut down due to its proximity to the conflict.[15]  With the militia known as the LNA poised to make further gains in the city HRW has warned that they may repeat the abuse and slaughter of civilians that they have been accused of being responsible for in Benghazi.[16]

With the lack of action from the international community continuing into the direst stages of the assault on Derna, it would seem that worse is to come. We ask Allāh in this blessed month of Ramaḍān, in these last 10 days, that He protects the civilians and brings the wrongdoers to a swift account. Āmīn.