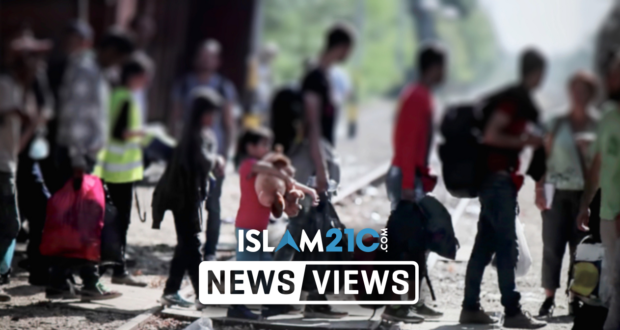 44 migrants have been killed and over 130 have been injured, after an air raid conducted by forces loyal to warlord Khalifa Haftar on Wednesday targeted a migrant centre in the Libyan capital Tripoli.

The bombing took place at the Tajoura detention centre, east of the capital, according to the UN Support Mission in Libya. The centre houses more than 600 migrants from all over Africa, but the section that was targeted held some 150 males mostly from Sudan, Somalia, and Eritrea.

“UNHCR is extremely concerned about news of air strikes targeting Tajoura detention centre east of Tripoli, and accounts of refugees and migrants deceased,” the UN said in a statement, adding that “civilians should never be targeted”. [1]

The air strike was blamed on forces loyal to the renegade general, Haftar, by the UN-recognised Government of National Accord, who have been battling Haftar’s militia’s in their attempts at gaining control of the capital.

“This crime came after the statements of the air force commander of Haftar’s Libyan National Army, Muhammad al-Manfour, and therefore it is he who bears its legal and moral responsibility.” [2]

The African Union Commission Chairperson, Moussa Faki Mahamat, added that the international community “redouble efforts” to bring a peaceful solution to the crises. 2

Thousands of migrants and refugees are being held in decrepit government-run detention centres in Libya, with the UN mission in the country warning that around 3,500 migrants are at risk being near combat zones.

In recent years, Libya has become a transit country for many sub-Saharan migrants and refugees seeking to travel to Europe. Many use Libya as a country of departure, taking perilous journeys across the Mediterranean Sea to seek a better life in Europe. However, many are killed along the way or are turned around by the Italian coastguard.

Renegade general,Haftar launched an all-out offensive to capture the Libyan capital at the beginning of April. He is supported by Egypt, Saudi Arabia, and the United Arab Emirates, who are reported to have financed his self-styled Libyan National Army (LNA) with money and military supplies.

Libya has been in a state of anarchy since the NATO-backed overthrow of the long-time authoritarian ruler, Muammar Ghaddafi, in 2011. The oil-rich country has since been ruled by a patchwork of rebel brigades and two competing administrations in Tripoli and Tobruk.

2019-07-03
Muhammad Mussa
Previous: Join our Editor-in-Chief Dr Salman Butt at the ‘Unspeakable’ film screening
Next: ‘Deal of the century’ or ‘steal of the century’: a critical response to Trump’s proposed peace plan for Palestine and ‘Israel’