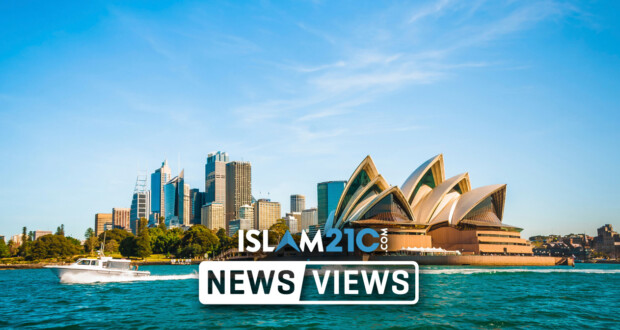 A man has been imprisoned for a minimum term of two years after viciously assaulting a heavily pregnant Muslim woman in New South Wales, Australia. [1]

In November 2019, Rana Elasmar, 32 and mother of four, was dining in Parramatta, Sydney, when Stipe Lozina, 44, approached her for money. Elasmar refused, after which Lozina launched an unprovoked violent racist attack that included Elasmar being hit 14 times.

“If nobody intervened, I could have been killed. I remember thinking – hit my head as long as you don’t touch my baby.” [2]

Video footage of the incident caused national outrage, and there is similar outrage today after the judge of the case handed down a paltry maximum sentence of only three years for this despicable event, with the possibility of parole after two years.

Asked if he felt the sentence was unacceptable, Elasmar’s husband, Azzam, said:

“Absolutely; thinking about this guy potentially being on the streets within two years is a safety hazard for the community, it puts everyone at risk. This guy can definitely reoffend.” [1]

It is also clear from the footage that Lozina attacked Elasmar because she was wearing the hijāb, but Lozina remarkably denied this being the reason, instead saying in court via video link:

In a country that has some of the world’s toughest immigration laws and borders, and is also the homeland of the man who murdered 49 and wounded 48 in a mosque attack in neighbouring New Zealand, this kind of attack does not come as much of a surprise. [4]

It is sad to see criminals like Lozina not being given adequate punishment. In another world, two years in prison would be laughable when the actions of the criminal could not only have killed the victim, but also her unborn baby.

Lozina said in court that he was a “chronic paranoid schizophrenic” and that he felt remorse for what he had done. Where have we heard this before? It is a shame that when non-Muslims are the perpetrators of crime, they are immediately deemed “mentally unstable”, but no such excuses are afforded when the perpetrator is Muslim.

Lozina had also been convicted of verbally abusing two Muslim women only six weeks prior to his assault on Elasmar. Even with this previous conviction, the judge deemed two years an appropriate term length.

Alhamdulillāh, both Elasmar and her baby Zayn made a full recovery, and it is thanks to other customers in the area intervening and stopping the perpetrator from inflicting any more harm onto Elasmar. It provides a glimmer of hope that there are still people who are tolerant and caring towards others.

[1] https://www.theguardian.com/australia-news/2020/oct/01/man-who-bashed-pregnant-muslim-woman-in-sydney-cafe-jailed-for-at-least-two-years [2] https://www.theguardian.com/australia-news/2020/sep/15/pregnant-muslim-woman-attacked-in-sydney-cafe-feared-she-would-be-killed-court-hears [3] https://www.9news.com.au/national/pregnant-woman-attacked-by-stranger-in-parramatta-speaks-outside-court/eb16cbe8-0d4a-4580-afd2-ffa61e6a3cbd [4] https://www.bbc.co.uk/news/world-asia-47578798
2020-10-02
Shaheer Choudhury
Previous: Macron: ‘Islam is a religion that is in crisis all over the world today’
Next: Asda bought by billionaire Muslim brothers