Are you ready for our first ever NATIONAL CAMPAIGN?
Home / News / Masjid al-Aqsa reopened, but where are the Muslims? 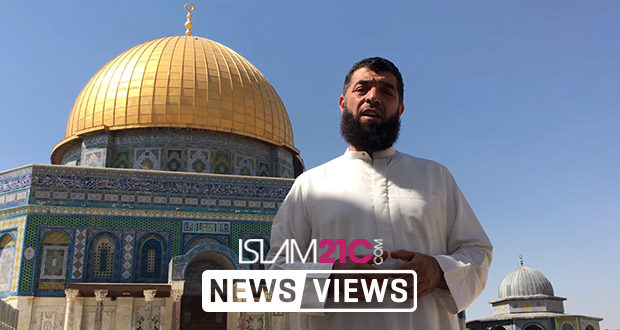 Masjid al-Aqsa reopened, but where are the Muslims?

Masjid al-Aqsa has reportedly been reopened after two days of being closed by occupying forces, with Jumu’ah prayers being cancelled for the first time in 17 years.[1] Millions of Muslims across the world showing outrage, whilst people have been forced to hold prayers outside in the streets around the compound in the Old City of Jerusalem.[2]

UK-based NGO Friends of Al-Aqsa has written to the UK Foreign Office and requested an urgent meeting to discuss the situation in Jerusalem and the UK government’s response. Ismail Patel, Chair of FOA, said:

“We offer our condolences to the families of those killed. The occupation of Palestine is the central catalyst to the cycle of violence and Israel must end it to bring an end to the bloodshed.  Closing access to Al-Aqsa sanctuary will be seen as another form of collective punishment by Israel. The closure is inexplicable and access must be restored as a matter of urgency.”

“It is abandoned, it’s empty. It was abandoned even before they closed it.”

Alaeddin Salhab spoke about the closure and reopening of Al-Aqsa Mosque, highlighting the sad reality that many Muslims now hesitate to visit the third holiest site on earth.

Member of Parliament, Moti Yogev, called for the compound to be “closed to Muslim [worshippers] for a long time.” Other members of the Knesset have threatened that the “everything-is-mine policy” will cause them [Palestinians] to “pay the price” and they “will be left with nothing”, responding to a question about destroying al-Aqsa Masjid.[3] Although legally acknowledged an Islamic Waqf or religious endowment belonging to Muslims across the world, and inseparable from Islam’s three Masājid, custodians of other endowments across the world have been absent from taking action or voicing their condemnation of the occupation’s “Judaisation” and ethnic cleansing attempts at al-Aqsa.

Previous: Will there be peace for Afghanistan?
Next: The Importance of Ikhlās