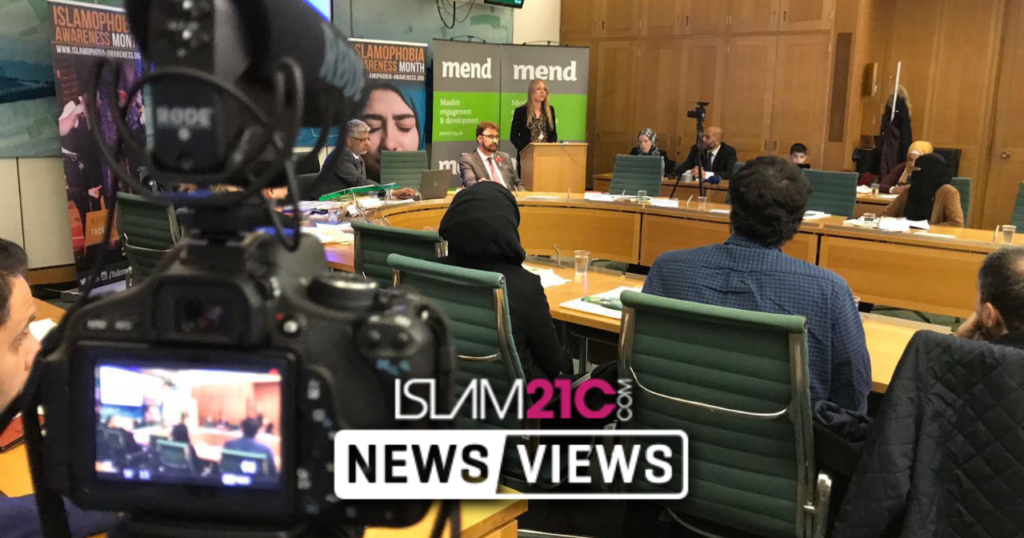 Throughout November, hundreds of events will take place in communities across the UK, bringing together local councils, political representatives, police and crime commissioners, faith-based organisations and places of worship, as well as universities, schools and diverse community organisations. The aim of the events is to raise awareness about Islamophobia and discuss best ways of working together to tackle racial and religious prejudices towards minority communities.

Dr Shazad Amin, CEO of MEND, opened the event, highlighting the importance of the yearly IAM campaign and introducing MEND’s recently commissioned ComRes survey, looking at public attitudes towards Muslims in the UK.

Dr Amin stated that the ComRes Poll demonstrates that the British public perceive Islamophobia to be a real problem in society and suggested IAM as an important initiative and platform for discussing and raising the issues that emerge.

IAM itself aims to raise awareness about Islamophobia, hate crime and discrimination, as well as showcase the positive contributions of Muslims to British society.

Other speakers at the event included: The Shadow Minister of State for Women and Inequalities, Naz Shah, MP; Sir Peter Bottomley, MP, who has campaigned on various issues including the Windrush scandal; Former Leader of the Conservative Party, Iain Duncan Smith, MP; Shadow Minister for Immigration, Afzal Khan, MP; Sian Berry, Co-Leader of the Green Party; Bushra Shaikh, an entrepreneur and who starred on BBC TV show The Apprentice; and Umm Hidayah, who told the poignant story of her experiences of Islamophobia.

To find more about Islamophobia, how it affects society, and how IAM works to tackle the problem, visit here.