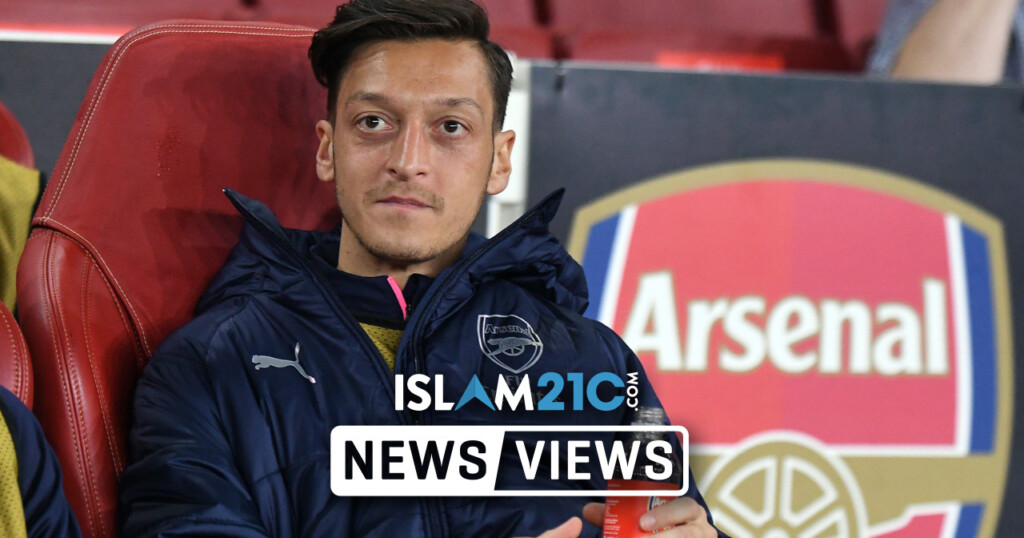 The Arsenal FC midfielder Mesut Özil took to Twitter last year to express his support for the Uyghur Muslims residing in the Xinjiang province in China who continue to face persecution from local authorities.[1]

Following his tweet, the 31-year-old did not receive the support of his domestic club, Arsenal FC. While they did not criticise Özil for his posts, Arsenal FC instead issued a statement on the Chinese social media platform Weibo distancing themselves from his remarks.

“The content published is Ozil’s personal opinion. As a football club, Arsenal has always adhered to the principle of not involving itself in politics.”

Now, the 31-year-old has taken aim at Arsenal FC for failing to back him. Özil has called out the double standards when it comes to being vocal against global injustices.

In an interview with The Athletic, Özil said:

“I have given a lot to Arsenal, on and off the pitch, so the reaction was disappointing. They said they don’t get involved in politics, but this isn’t politics and they have got involved in other issues.”

“In America, we saw George Floyd killed and the world spoke up to say [that] Black Lives Matter, and that is correct. We are all equal and it’s a good thing that people fight against injustice. There are a lot of black players and fans of Arsenal and it’s fantastic the club is backing them.”

“But I wish people would have done the same for the Muslims because Arsenal have many Muslim players and fans as well, and it is important for the world to say that Muslim Lives Matter.”[2]

Since the death of George Floyd, the Premier League, including Arsenal FC, has vocally supported the Black Lives Matter movement – and rightly so – usually in the form of ‘taking the knee’ before kick-off. But Özil admits that he does not understand why the abhorrent treatment of Uyghur Muslims in China did not receive the same response.

“Every human is equal… It doesn’t matter what religion or colour you are — Muslim, Christian, Jew, black, white or anything else. We are all the same.”

“What I said was not against Chinese people, it was against whoever is doing this to the Uighur Muslims and other people who are not helping them, such as other Muslim countries.”