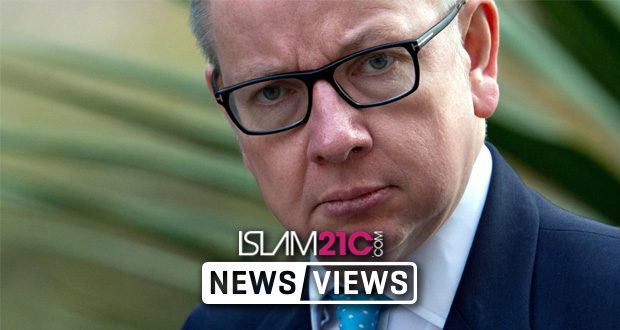 Michael Gove, former Secretary of State for Education and now Environment Secretary, has become embroiled in an enquiry into whether he intervened into the investigation of a Priest who is alleged to have committed child sex offences at a Catholic school.[1]

Two witnesses to the Independent Investigation into Child Sexual Abuse have given evidence confirming that they were approached by someone at the education department, at the time that Mr Gove was Secretary of State, who inappropriately insisted on being provided with confidential information relating to the outcome of the investigation.

The priest in question taught at Downside School.  The school is known to have links with arch-Brexiteer Jacob Rees-Mogg as his mother was formerly charged with a child protection role at the school including during the investigation.  Mr Rees-Mogg has not yet responded formally to questions about whether Mr Gove’s intervention, which he denies, was at his behest.

It is worth remembering that, as well as being a leading architect of the Brexit campaign, the instigator of the false Trojan Horse scandal,[2] and one who will go down in history as the politician who proclaimed that the people were “sick of experts”, Mr Gove is a leading light for the morally ambiguous Henry Jackson Society (HJS).  It remains to be seen what, if any, action will be taken against him if it transpires that he abused his power and influenced the Downside case.

It is also worth pondering over the words of David Cameron, Mr Gove’s one time friend and confidante, who declared in a private conversation that Mr Gove was a “Maoist” who believed in changing the world through a process of “creative destruction”.[3] Given the amount of destruction Mr Gove is already responsible for, it is surprising that he remains in a cabinet position where he is capable of wreaking even more damage.

2018-03-21
Dr Izzadeen Chowdhury
Previous: What the Tory Government Calls “Integration” is Muslim Disintegration
Next: Babu & Mike’s “Alternative” to Prevent – like putting lipstick on a pig