Millions being spent by arms industry to promote brands in schools 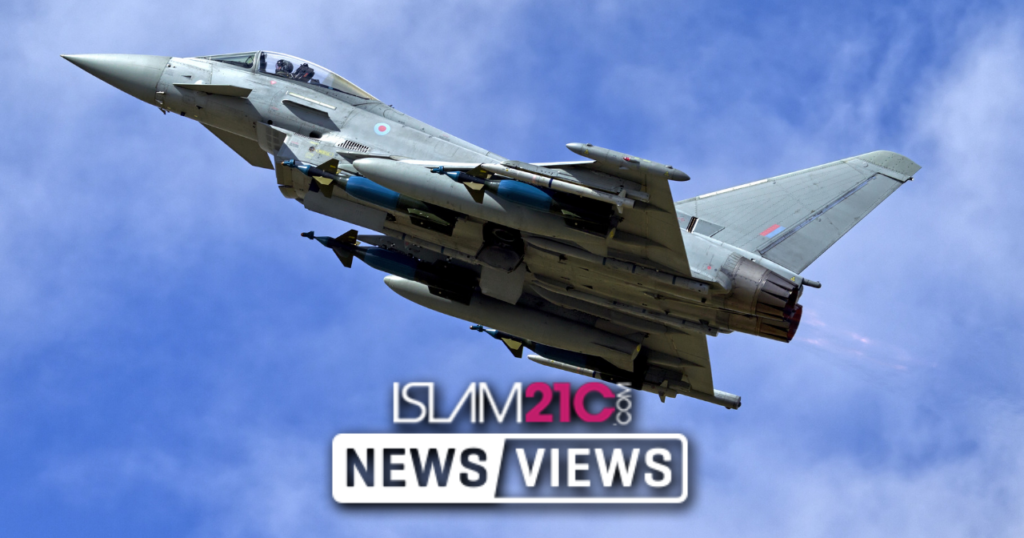 Arms manufacturers, notorious for perpetuating atrocities across the world, have been exposed for promoting themselves in British schools. The companies have made billions selling weapons to Muslim majority countries, have sponsored several school events and shockingly issued teaching materials for use in classrooms that promote the defence sector according to the Observer.[1]

Arms manufacturers enjoy incredible access to the British Government. BAE Systems, the fourth largest global arms producer, has its headquarters in the UK. It has had 1027 recorded meetings with the UK government.[2] It had sold arms to both Saudi Arabia and Egypt during the Mubarak era on which Amnesty international commented:

“For decades, Egyptian activists and civil society leaders had protested the widespread use of torture and other ill-treatment; grossly unfair trials of civilians before military and emergency courts; restrictions on the peaceful exercise of the rights to freedom of expression, association and assembly.” [3]

BAE Systems also arranged for a popular children’s TV presenter to be present at their promotional event whilst concurrently selling fighter jets to the Saudi-led coalition. This alliance has been accused of committing war crimes including the bombing of a school bus in Yemen which killed 40 children. [4]

Yemen: Dozens of children killed as bus hit by airstrike

“Do not care about international criticism. We want to leave a big impact on the consciousness of Yemeni generations. We want their children, women and even their men to shiver whenever the name of Saudi Arabia is mentioned.”

During BAE System’s AGM in 2016, the company’s Chairman Sir Roger Carr was questioned about the use of such weapons and answered:

“We are not here to judge the way that other governments work; we are here to do a job under the rules and regulations we are given.” [5]

During the same meeting, one activist commented on the similarity between the defence BAE Systems adopts and that of IG Farben during the Nuremberg tribunals. It was an IG Farben subsidiary that made the Zyklon B gas used to murder Jews and others in Nazi concentration camps during the second world war. The arms manufacturer offered no logical defence but simply took offence: “Can I just say to you, sir, how grossly offensive I find that and to every member sitting on this board.” [6]

Specifically, in relation to the harm that promoting an organisation such as BAE in the classroom can do, Andrew Smith of Campaign Against Arms Trade pointed out:

“When these companies are promoting themselves to children they are not talking about the deadly impact their weapons are having.”

“Many of these companies have profited from war and fuelled atrocities around the world. Schools are vital to our society and should never be used as commercial vehicles for arms companies. It is time for arms companies to be kicked out of the classroom.”

Nearly a quarter of a million have seen the BAE roadshow. Furthermore, BAE has stated that it has spends tens of millions of pounds each year reaching children as young as four.[7]  It appears that promotion of arms companies to children is not without precedent. A French company called Thales even uses its own child enticing mascots.[8]

Another company Raytheon which has sold bombs and missiles to Israel, says it supports science and technology programmes in “primary schools.” However, Raytheon failed to inform the children that it purports to educate that the state of Israel has killed 2,000 children since September 2000 (the start of the second intifada) – which means a Palestinian child has been killed by a uniformed Israeli soldier every 3 days for the past 18 years.[9]

Even during the genocide in Syria which has claimed the lives of 500,000 civilians and left millions displaced, the British government had kept UK arms export licences in place to Russia, at least until 2014.[10]

“Arms companies aren’t targeting schools because they care about education. They are doing it because they want to improve their reputations and normalise their appalling business.”

If it is suggested the arms industry is important to encourage children to enter engineering, then what’s next, ask drug dealers to speak to children about the importance of maintaining a supply chain and cash-flow?