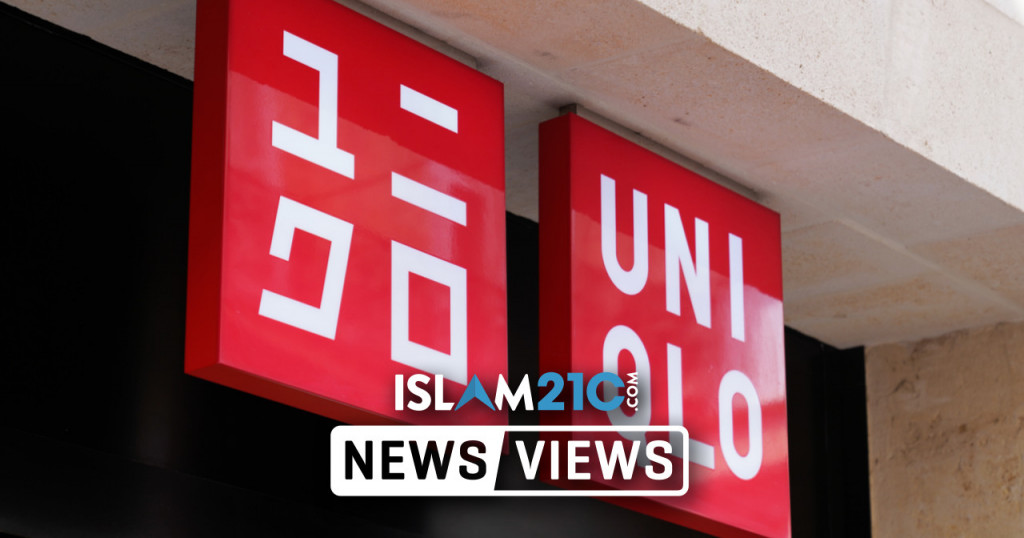 Judges in the Republic of France have ordered a significant investigation which will determine whether four major international clothing retailers benefited from the forced labour of oppressed Uyghur Muslims. The allegations, which remain unproven, include prominent brand names likes Zara and Uniqlo France. [1]

Among the four multinational corporations targeted, three have released statements expressing their full desire to support the investigation. Inditex denied the allegations, but in its statement promised to fully cooperate with investigators:

“We have zero tolerance for all forms of forced labour and have established policies and procedures to ensure this practice does not take place in our supply chain.” [2]

Similarly, SMCP said it would also work with the relevant authorities and address any potential concerns. However, it expressed confidence that it already “works with suppliers located all over the world and…does not have direct suppliers in the region mentioned in the press”. Moreover, the Tokyo-based Fast Retailing group said that while it has not been contacted yet by the French authorities, it would work cooperatively “to reaffirm there is no forced labour in our supply chains”. Skechers informed Reuters that it would not issue statements regarding any pending litigation. [2]

The investigation indicates a serious gain in momentum for the Uyghur cause. It comes just a day after organisers in London led a protest which highlighted the plight of the Uyghur people. Dr Salman Butt, the Chief Editor of Islam21c, heard the event described as being “the biggest demonstration for Uyghurs ever held by non-Uyghurs…in the world”. Amidst the usual underreporting of the ongoing genocide by the mainstream media, it is encouraging news to find French magistrates open an inquiry into the conduct of these four fashion companies. There are serious allegations that at least some of these multinationals surreptitiously benefitted from the use of Uyghur slave labour. [3]

The hugely successful London demonstrations of July 1 coincided with the 100th anniversary of the creation of China’s ruling Communist Party, and were held outside the Chinese embassy. They were organised by Islam21c and around 50 other British Muslim organisations. These include the East London Mosque & London Muslim Centre, CAGE, Eman Channel, FOSIS, Green Lane Masjid, MEND, Islam Channel, Yaseen Youth Tours, IlmFeed, DOAM, and many other prominent bodies found in the British Muslim community.

The groundbreaking development in France is yet another promising sign of increased global awareness of the plight of Uyghur Muslims in China’s so-called Xinjiang Autonomous Region, which is better known as East Turkestan. Many international retailers have already been exposed for their complicity in maintaining the status quo in East Turkestan. Since an estimated 20 percent of the world’s cotton market is found in the region, it is becoming increasingly difficult for consumers all around the world to shop responsibly.

According to the End Uyghur Forced Labour alliance, which is represented by civil organisations and trade unions, the present situation is truly shocking:

“Right now, there is near certainty that any brand sourcing apparel, textiles, yarn or cotton from the Uyghur Region is profiting from human rights violations, including forced labour, both in the Uyghur Region and more broadly throughout China.” [4]

Companies such as Nike, Calvin Klein, and Adidas had previously faced criticism for the alleged use of Uyghur forced labour in their supply chains. However, as a response to international pressure, companies like Burberry, Uniqlo, H&M, Nike, and Adidas have now opted to change their stance by pledging to boycott Xinjiang cotton. [5]

Nike, for example, released a detailed statement which reiterated that it will carefully work with its stakeholders to ensure that there is no Uyghur forced labour within its supply chains. [6]

“Nike takes very seriously any reports about forced labor and we have been engaging with multi-stakeholder working groups to assess collective solutions that will help preserve the integrity of our global supply chains.” [6]

Regarding its past and present policies vis-à-vis the Uyghur genocide, it made the following note of clarification:

“We…have not lobbied against the Uyghur Forced Labor Prevention Act, or any other proposed forced labor legislation. We will continue to collaborate with industry associations such as Retail Industry Leaders Association, American Apparel & Footwear Association, National Retail Federation and U.S. Fashion Industry Association as well as with industry experts, partners, stakeholders and other organizations to understand, evaluate and address this critical global issue.” [6]

However, the scale of work needed to end the Uyghur genocide remains great. The momentum generated by recent developments provides hope that this work can be done. The recent groundbreaking people’s tribunal convened its first batch of evidence gathering sessions in the beginning of June. This was then followed by the blockbuster pro-Uyghur rallies of July 1, which garnered international attention. Now, there is a comprehensive French investigation of big players in the international garments industry. Since these injustices are now becoming internationally recognised, we must continue to apply the utmost pressure on the CCP for it to cease its genocidal acts against our Uyghur brothers and sisters in East Turkestan. [7] [8] [9]