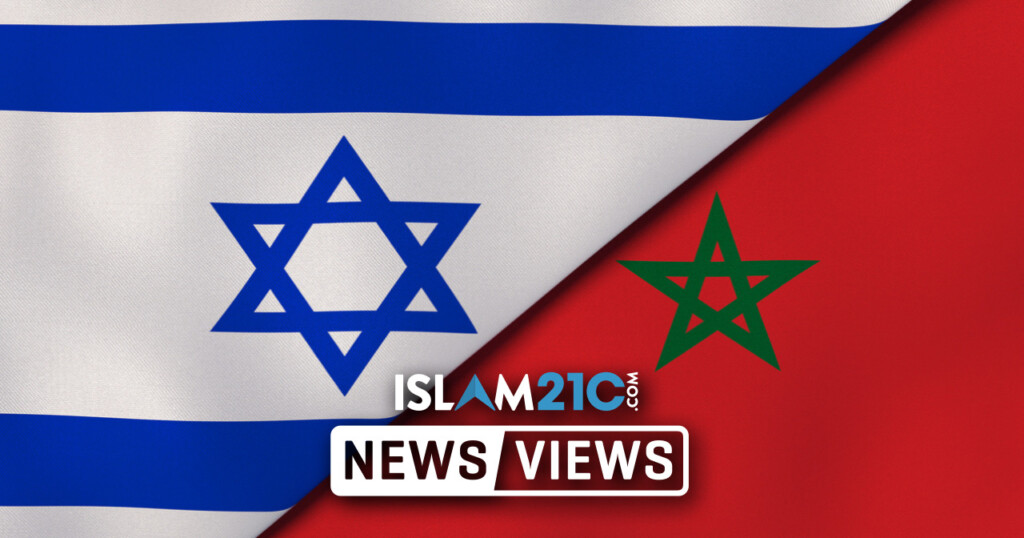 In a shocking turn of events, Morocco has attained the unfavourable position of becoming the fourth Arab nation since August of this year to enter into diplomatic relations with the Zionist state of ‘Israel’.[1]

The deal, brokered by the Trump administration in its twilight hours, has come as a surprise to the Muslim world, even as Bahrain, the UAE, and Sudan have all signed similar such deals with the Israelis in recent months.[2] [3] [4]

In reaction to the deal, there were strong words from Bassam as-Salhi, a member of the Executive Committee of the Palestine Liberation Organization:

“Any Arab retreat from the [2002] Arab Peace Initiative, which stipulates that normalisation comes only after Israel ends its occupation of Palestinian and Arab lands, is unacceptable and increases Israel’s belligerence and its denial of the Palestinian people’s rights…” [1]

The 2002 Initiative refers to the plan (inspired and led by Saudi Arabia) aimed at Arab states which offers to implement diplomatic relationships with the Zionist regime in exchange for Palestinians being granted full statehood whilst Israel extracts itself from the Palestinian territory it has annexed since the 1967 Six-Day War.

“Let’s call it what it is – the imperial proclamation. At the end of the day, Washington is using its influence around the world on behalf of Israel, or rather Israel is outsourcing American power for its own benefit in the greater Middle East.” [1]

As part of the new deal, President Trump has agreed to recognise the Western Sahara as belonging to Morocco. The hotly contested region has for decades been marked by disputes over which country it is officially a part of.

Morocco occupies around 80% of the area of the Western Sahara, whilst the remaining 20% is administered by the self-proclaimed breakaway state, which calls itself the Sahrawi Arab Democratic Republic. Neighbouring Algeria backs the Polisario Front, the military group that strives to remove the Moroccan presence currently in the Western Sahara.

Ironically, one can draw parallels between the Morocco-Israel deal and the recognition by Trump of another contested area between Palestine and the Zionists – Jerusalem.[5]

Three years ago, Trump claimed that Jerusalem is the capital of ‘Israel’. Today, Trump claims that another disputed region in another part of the world belongs to Morocco. There has not been a single UN member state that has recognised Western Sahara as being within Morocco’s domain, yet this has not prevented the Trump administration from doing its level best to create as much of a difficult situation as it can for incoming president-elect Joe Biden.[6]

With the fourth Arab nation in as many months now establishing a diplomatic relationship with ‘Israel’, it will be tricky for the president-elect to diverge from the path that has been traversed by the Trump presidency.

In his last few days in office, Trump is desperately trying to engage Arab states to give in to his pleas to establish ties with the Zionists, whilst Palestinians are feeling they are further from being able to ever achieve statehood – something that should truly have been sorted decades ago.