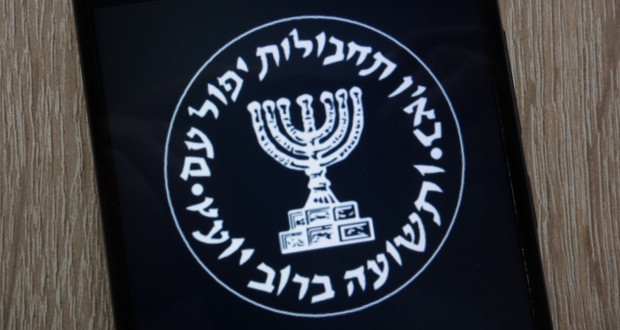 Following the installation of David Barnea as the new Director of Mossad in June 2021, the Israeli intelligence agency has been pushing for an elaborate Africa strategy that hopes to strengthen support for the Zionist state in the continent. As such, in recent days there have been reports that Mossad officials have met with Sudanese representatives, which include instigators of the recent coup. The notorious Abdel Rahim Hamdan Dagalo, better known as Hemetti, who is a top general in the Rapid Support Forces (RSF), is believed to have had discussions with Israeli delegates a few days ago. On the world stage, ‘Israel’ has largely been silent regarding the latest coup in Sudan, as commentators speculate as to whether this is due to the ringleaders being most favoured to pursue the planned ‘normalisation’ deal with the Zionist state. [1] [2] [3]

In addition, it has been well documented that Mossad has an ongoing and keen hand in the political affairs of war torn Libya. The strategic Israeli support for mass murderer and warlord Khalifa Haftar has only increased over the past couple of years, with Tel Aviv providing ample weaponry and training to Haftar’s mercenaries. Indeed, Haftar is believed to have had numerous meetings with Mossad operatives during the years 2017 through 2019, with gatherings held in Cairo on several occasions according to Israeli journalist Yossi Melman. [4] Most interestingly, the latest reports have suggested that a Haftar private jet – a Dassault Falcon 900 P4-RMA – has landed in ‘Israel’’s Ben Gurion Airport after travelling from the UAE. [5] [6]

Early Monday morning, the Israeli Kan 11 (Channel 11) military correspondent Itay Blumental said via a Twitter post in Hebrew that Haftar’s private plane had taken off from Dubai and was headed for Tel Aviv. Blumental suggested that the jet’s next stop was Egypt. It has been speculated that Israel allies such as the UAE and Egypt, as well as Mossad and Israeli government representatives, are gearing up to push Libya into the so-called ‘normalisation’ stage with the apartheid state of ‘Israel’. The speculation comes as Haftar announced in September that he intends to run for the Libyan presidency later this year. [7]

“An executive plane used by the men of Libyan General Khalifa Haftar (P4-RMA), who controls eastern Libya, is on its way to Ben Gurion Airport from Dubai. It will later take off for Egypt. General Haftar enjoys the support of Russia, Egypt, the UAE, Jordan, France, and Israel.” [5]

To prepare for his presidency bid, the butcher Haftar took the step of suspending his military role for three months in order to concentrate his efforts on the presidential and parliamentary elections set for December 24. [8]

In Sudan, Hemetti is one of the chief coup instigators. He has a stained reputation due to committing many crimes against humanity over the span of decades, with the listed transgressions including mass rape and killings. As head of the RSF paramilitary forces, Human Rights Watch (HRW) in 2015 warned of the grave violations that were on Hemetti’s bloodied hands. A 38-year-old woman by the name of Mahassan told HRW of her horrific ordeal when RSF troops attacked civilians in Darfur:

Another woman hailing from Golo – the same settlement as Mahassan – described the horror of not only witnessing her father’s death at the hands of RSF men, but also the violation of her dignity. The same crime was committed against her two sisters.

While such accounts of rape and killings are difficult to digest, they are likely to be of no concern to the Israeli regime. Instead, the Israelis appear determined to push for the normalisation of ties with Sudan. Through such a development, they will be able to build diplomatic relationships and find another ally in a world that has already seen the UAE, Bahrain, and Morocco introduce bilateral ties thanks to the support of former US President Donald Trump. [10] Sudan took the step of opening up an economic relationship with ‘Israel’ on October 23 last year. In a declaration issued by Trump, then Israeli Prime Minister Benjamin Netanyahu, Sudanese Prime Minister Abdalla Hamdok, and Chairman of the Sovereignty Council of Sudan Abdel Fattah al-Burhan, the group collectively stated that they:

“…agreed to the normalization of relations between Sudan and Israel and to end the state of belligerence between their nations…agreed to begin economic and trade relations, with an initial focus on agriculture. The leaders also agreed that delegations will meet in the coming weeks to negotiate agreements of cooperation in those areas as well as in agriculture technology, aviation, migration issues and other areas for the benefit of the two peoples. The leaders also resolved to work together to build a better future and advance the cause of peace in the region…” [11]

Wasel Abu Youssef, a senior member of the Palestine Liberation Organization (PLO), responded to this dramatic political shift. He stated that the agreement was a “serious stab in the back of the Palestinian and Sudanese people”. [12] It appears that the Sudanese military’s steps in the last few days are merely a continuation of the backstabbing approach.