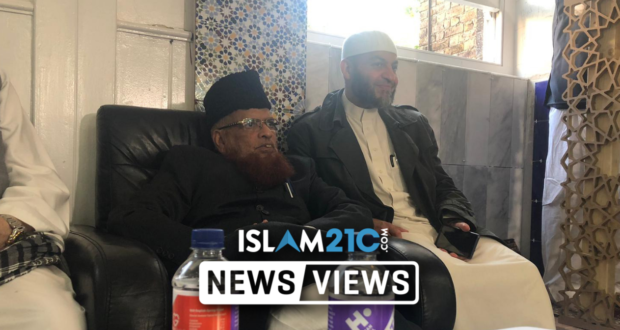 The Muslim500 published its revered list of the world’s 500 most influential Muslims. Pakistan’s Mufti Taqi Usmani topped the list, having previously been placed 6th on the 2019 list. [1]

The annual publication, first released in 2009, is compiled by the Royal Islamic Strategic Studies Centre in Jordan, commemorating influential Muslims from all around the world.

The publication’s definition of “influential” refers to “any person who has the power (be it cultural, ideological, financial, political, or otherwise) to make a change that will have a significant impact on the Muslim World.” [2]

Given the title of ‘Mufti Justice Imam Sheikh-ul-Islam’ by his teacher, Mawlana Sahban Mahmood, Mufti Taqi Usmani is a well-respected Sunni Hanafi scholar from Pakistan. He served as a judge on the Federal Shariah Court of Pakistan from 1981 to 1982 and the Shariah Appellate Bench of the Supreme Court of Pakistan between 1982 and 2002. [3]

Having turned 76-years-old yesterday, he remains a leading intellectual scholar for the Deobandis, particularly in Islamic finance. According to Muslim500, he has taught over ten thousand students at the Darul ‘Uloom in Karachi.

Alongside Pakistani counterpart and Prime Minister Imran Khan, who also featured on the list in addition to being named the publication’s ‘man of the year’, Mufti Taqi has been involved for many years in ensuring the Islamic character in Pakistan laws, and continues to justify many of Islam’s forgotten practices today.

With the ongoing crisis in Kashmir, he did not remain silent, voicing his concern towards the UAE who granted President Modi their highest award, saying:

2019-10-06
Hamza Saleem
Previous: A Year After the Assassination of Khashoggi: Lessons and Reflections
Next: Al Rayan Bank’s ex-CEO takes legal action to clear his name and reputation