Are you ready for our first ever NATIONAL CAMPAIGN?
Home / News / Muslim charity calls on Charity Commission to end inquiry after police return seized funds 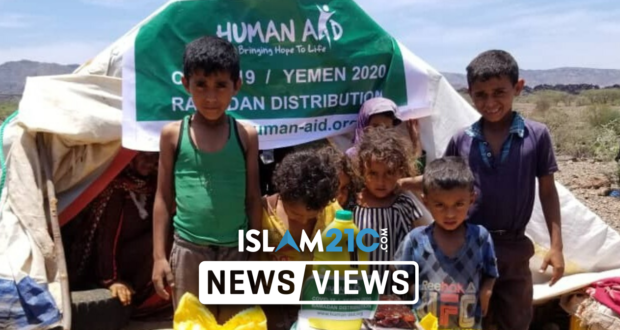 Human Aid, a UK-based humanitarian charity, had money confiscated by UK Border Force which has since been returned after a lengthy battle. The welcomed news has come in the last ten nights of Ramadān when the Muslim community is – famously – most generous.

In the summer of 2019, representatives of the charity who were on their way to Gaza to deliver life-saving aid had been stopped by border police under the notorious Schedule 7 powers.

An undisclosed amount of cash was seized by the police and had been held for the past ten months. After the seizure, the Charity Commission opened a statutory inquiry into the British humanitarian charity.

Human Aid has confirmed to Islam21c that the donor money has now been returned in full and has furthermore called upon the Charity Commission to conclude its already drawn-out investigation into Human Aid.

“Human Aid UK has worked hard to pursue the funds entrusted to it and we are pleased to have finally retrieved the donations after 10 months. We can now take steps to make sure the funds reach the besieged people of Gaza.”

“Now that all public funds seized have finally been returned, we need to question the basis of the statutory inquiry launched at the time. The people of Gaza were deprived of this life saving charitable contribution whilst hundreds of hours of police time and charity time was wasted.”

Human Aid has also called upon the Charity Commission, which itself has faced questions about its impartiality when dealing with Muslim charities, to conclude its already lengthy and resource consuming investigation. Indeed, given that the police have confirmed the funds were lawful it seems bewildering that the Commission has not already ended its investigation.

In September 2019, Human Aid voiced concern that it had been subjected to a second statutory Charity Commission in five years. The previous enquiry which lasted three years confirmed that there was no evidence the trusted Muslim charity had misapplied funds.

Human Aid has accused the Commission of applying “undue scrutiny” to Muslim charities, and that premature escalation to a statutory enquiry should be seen “in the context of a larger pattern of harassment of Muslim Charities at UK borders.”

Such harassment escalated to disproportionate levels under the Chairmanship of William Shawcross. The infamous neo-conservative, who became Chairman after being appointed by David Cameron in 2012, did not hesitate in imposing his political worldview on Muslim charities. The Commission under Shawcross, also a former trustee and director of the notorious right-wing think-tank the Henry Jackson society, was found to have disproportionately targeted Muslim charities by initiating investigations. A report by the Claystone think tank found that 38% of all disclosed investigations between 1st January 2013 and 23rd April 2014 had been launched against Muslim charities. Although Shawcross’s tainted tenure ended in 2018, it appears that his legacy remains intact.

Human Aid representatives also pointed out that the “enquiry into Oxfam was opened and closed within 16 months despite involving serious allegations of years of child sexual exploitation by its staff and volunteers” and that “many Muslim charities have complained about the length of time inquiries have taken in comparison with other charities.”[1]

Human Aid confirms in a released statement that it can now continue its work providing thousands of personal protective equipment (PPE) to UK Hospitals together with hot meals to UK medics. This is in addition to the welcome and much needed humanitarian work it does overseas, which includes distributing baby milk to malnourished infants in war torn Yemen, providing clean drinking water to Gaza, and building shelters for Syrian widows and orphans.

2020-05-16
News Editor
Previous: Condolences upon the passing of Dr Allamah Khalid Mahmud Sahib, one of the UK’s senior Muslim scholars
Next: Doctor released after spending 17 years in US prison for humanitarian work