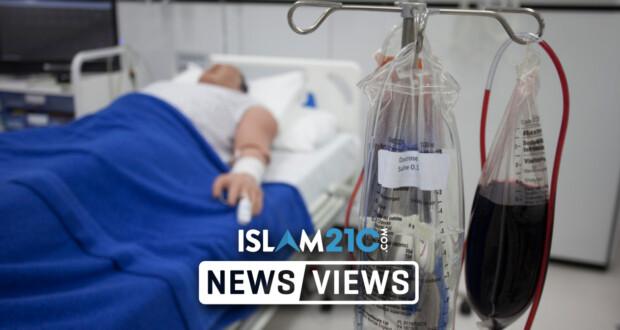 Dr Shafaque Shaikh MBBS FRCS PhD, a Scottish Muslim doctor and consultant in colorectal and general surgery, has been praised for her recent efforts to introduce surgical robots as part of a £3.5m investment at NHS Grampian. [1]

NHS Grampian, which oversees the care of more than 500,000 people living in Moray and Aberdeenshire, has invested millions in order to reduce waiting times and enhance patient care whilst hoping to come out of the coronavirus pandemic in a much-strengthened position to tackle the backlog of cases as well as to future-proof surgery for the north-eastern region. [2]

Ms Shaikh, who is employed at Aberdeen Royal Infirmary, and holds honorary senior lecturer status at the University of Aberdeen, [3] said of the unveiling of the three new surgical robots – including two da Vinci robots and a Mako robotic-arm assisted surgery system:

“More widely it benefits everyone in the region, as with people in hospital less time, it increases our capacity and allows us to see more patients.”

“This investment, in cutting-edge technology, really ensures we can give our patients the best experience and that myself and my fellow surgeons have the most modern tools available to do our job. It also equips us to partner with the University of Aberdeen to develop ground-breaking research, further improving patient care in the future.” [1]

The da Vinci line of robots have been designed to decrease the need for more invasive operations with smaller incisions as well as seeing a reduction in pain and blood loss due to the higher precision afforded by the technology. [4] The da Vinci robot was originally introduced by NHS Grampian in 2015, and has been used to treat gynaecology and urology patients. It will now be reserved for staff training purposes.

The Mako robotic-arm assisted surgery system, which was created by the formerly trading US-based MAKO Surgical Corp. before the company was acquired by Stryker Corporation in 2013, was designed for orthopaedic joint operations, including knee and hip replacements. [5] NHS Grampian’s new Mako robot will be based at Aberdeen’s Woodend Hospital, whilst the two new da Vinci robots will be situated at the Aberdeen Royal Infirmary.

After six years of use of the initial da Vinci surgical robot, feedback collated by surgeons has been overwhelmingly positive, with shorter recovery times and a better quality of healing subsequent to procedures.

“Surgeons have been using our first da Vinci robot for the last six years and in that time we’ve really seen a benefit for our patients … Since becoming the first territorial board to start using these machines we have really seen the advantages and have striven to place ourselves as a centre of excellence within Scotland with this technology. It’s all an investment in the future of our patients and NHS Grampian.” [1]

“The setting and equipment it provides really is ideal for developing and honing skills that are going to become more and more desirable and, indeed, necessary in the future.”

“Some patients do still arrive in hospital apprehensive, believing that the machine is doing all the work using artificial intelligence, but the machines are very much controlled by our surgeons – they don’t ‘think’ and operate on their own, it’s no different from a car in that sense, we are fully in control.” [1]

The first patient to be treated by one of the latest robots, Alan Black, was very pleased with the service provided, saying:

“I was operated on with the robot, it’s smaller holes needed, so I think I’m feeling better than I could have otherwise.” [1]

“If anyone is worried about undergoing surgery where a robot is used, there’s nothing to be apprehensive about. The surgeon is still in full control and ultimately it benefits us as patients … Ms Shaikh was in charge of it all and has been into the ward every day to see me … The level of care has been exceptional – you can’t fault anything.” [1]