Thousands of British Muslim-heritage children are in the care system; they each have the right to the best placement and care that ensures their Islamic identity is nurtured
News Views 17/11/2022No Comments7 Mins ReadBy Shaheer Choudhury 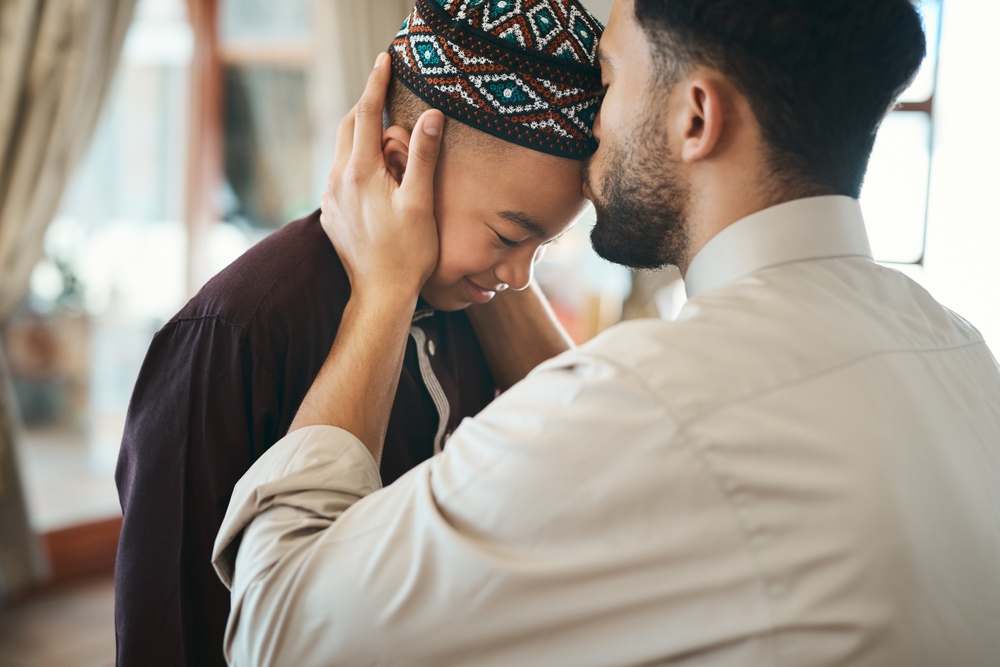 The My Family Group umbrella organisation has this morning released their much-anticipated report on the concerning situation faced by approximately 5,000 British Muslim-heritage children in care. Drawing on a roundtable event that was held in April of 2022, seven key themes are expounded upon. These include the Islamic “imperative to look after children in care”, addressing mental health needs, and the demographic changes that have occurred in the care sector to bring us to this point. In addition, further themes include supporting the identity and well-being of Muslim-heritage children in the care system, and the Muslim community’s collective role in “nurturing identity”. Moreover, the report offers various recommendations that the wider British Muslim community can make in order to improve the conditions of the thousands of Muslim-heritage children in foster care in the UK. [1]

Titled Muslim Heritage Children in Care: Supporting Identity and Wellbeing, the inaugural 28-page report is bolstered by a foreword written by the Member of Parliament for Bradford West, Naz Shah.

The Labour MP and shadow minister for the Home Office begins by stating,

“Support, affirmation, care. These are things many of us take for granted in our everyday lives. They are all ingredients of a happy, healthy and stable home which are sadly missing in the lived experiences of many children in care.” [1]

Drawing on Shah’s own personal experience as a foster carer, she continues,

“I know the work My Family Group do is a much needed remedy to the many ills of a social care system which is sadly not quite where it needs to be for the children it serves.

“Muslim heritage children in care, tragically, often face added disadvantages due to race, religion, class, and cultural background. This means those vital ingredients of a healthy upbringing are that much further out of reach. This needn’t be the case. Muslim heritage children in care should benefit from the many social, spiritual and cultural benefits of faith which is theirs by right and this begins by acknowledging and supporting their faith background and destigmatising their identity and experience.” [1]

According to government data, there are estimated to be more than 80,000 children in care in the UK. [2] With Muslim-heritage children making up a sizeable proportion of the total, it is vital that organisations such as the 2019-founded (and 2017-incepted) My Family Group collective and its affiliated organisations are strongly supported by the British Muslim population. This point is stressed further, given that the UK’s Muslim population is expected to continue to rise and as such, the requirement for foster care and adoption will only grow.

Since its inception five years ago, the “collective of initiatives” now comprises of five interconnected but distinct entities. These are: My Adoption Family, which acts as a recruitment, training, and outreach service focusing on BAME (Black, Asian and Minority Ethnic) and faith communities; My Foster Family, which acts as a similar service to the aforementioned, while working with fostering partners; The Muslim Foster Network, which is a unique and tailored recruitment service for Muslim foster carers; and Arise Refugees, which offers a mentoring, education, and sports programme for unaccompanied asylum seeker children (UASC) and young people. The My Family Group has collaborated with government agencies and has been praised by the Department for Education for its innovative and good practice records. [1]

An Islamic duty to care for children

In a fundamental aspect of the report, lessons are shared from the life of the beloved Prophet (ﷺ). The report states,

“The tradition of adopting and fostering in the Muslim community goes back to the Prophet (SAW) and is therefore an integral part of Islamic life. The Muslim duty of care towards vulnerable children and young people comes from the very construct of our faith community – as a wider family which forms a network of care around the individual.” [1]

Touching on the challenges faced by a number of BAME Muslim-heritage children, the report notes that “…these children also face the added disadvantage of having to wait longer to find permanent placements due to their ethnic background.” [1]

With such challenges in finding suitable homes for BAME children of Muslim heritage, the report calls for “children from Muslim backgrounds … to be supported to nurture their religious identity and heritage, and therefore be cared for and homed in placements which recognise and meet their ethnic, cultural, religious and linguistic needs.” [1]

A call to action to “Change a Life”

The report includes remarks by Head of Operations at My Family Group, Shaqib Juneja. In the paper, Juneja makes a clear and emphatic push for “equitable outcomes, and an end to cycles of disadvantage” to be seen as “a shared goal for both the care sector and the Muslim community”. [1]

“We call on all those involved in the care of Muslim-heritage children, and all members of the Muslim community to come together to make a lasting, effective and sustainable change for the future of these children, and the care system that will play surrogate to many more.”

In calling on local authorities, adoption, and fostering services to “adhere to national best practice guidance and ensure that they collect faith-sensitive data, specifically faith sensitive identity of children in care”, the report further recommends that information and resources are made readily available for families currently looking after, or who are interested in looking after Muslim children. [1]

Muslim communities on a local level are also asked to “galvanise and organise” in order to be a part of “a lasting, positive change for local Muslim-heritage children in care”. [1]

The Muslim Family Group also expresses its thanks to a number of people including Shaykh Dr. Haitham al-Haddad – in his role as jurist and advisor at the Islamic Council of Europe – for his contribution of an Islamic perspective.

In marking the 2019 “Foster Friday” initiative led by The Muslim Foster Network, Shaykh Dr. Haitham al-Haddad said the following (and which remains relevant to today),

“Looking after orphans is one of the most virtuous acts. It would suffice us to mention the hadīth of the Prophet (ﷺ), wherein he said that he and the guardian of an orphan would be ‘like this’ in paradise – raising his index and middle fingers. [3]

“On top of that, those who foster children in the West get an additional type of reward because they are preserving the ʿAqīdah of those young children, because if we do not foster them, then people from different beliefs and ideologies will foster them, which is likely to change their ʿAqīdah and natural disposition (Fitrah).”

“In reality, we can say it is obligatory upon the Muslim community to do something to foster those children in order to preserve their ʿAqīdah. There is an important Usūli principle: ‘What is needed to fulfil an obligation, in and of itself, becomes an obligation.’ So, to preserve the ʿAqīdah of those orphans, we need to work hard to facilitate for Muslim parents to foster them. This is one key issue.

“May Allah enable us to fulfil this obligation, and to help more Muslims to come forward to foster more of our Muslim orphans, and orphans in general. Amīn.”

The full report can be viewed here, and be sure to support My Family Group and its affiliated partners, so we can support our Muslim children in care.

We should remind one another that these children are to be treated with the utmost care and kindness, and it is our Islamic duty that no child be left to suffer or experience poor quality of life while in foster care, through adoption, or otherwise.