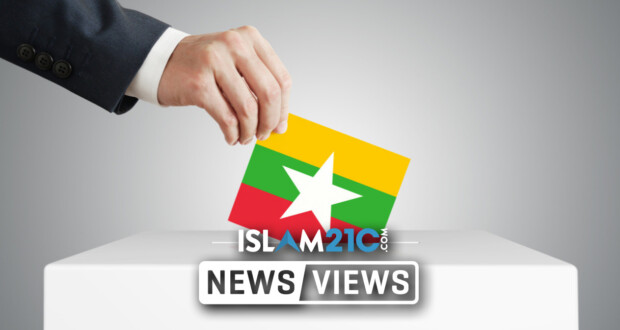 Myanmar is holding general elections this Sunday (8th November) in what is the third so-called “semi-democratic” elections in the country since 1960, and the second since the end of full military rule.[1] Under the national constitution, the military holds one quarter of parliamentary seats, whilst the elections determine the remaining seats. The current leader, Aung San Suu Kyi, is likely to retain power as her party, the NLD, look to maintain their majority.

This is also the first general election since the genocide and ethnic cleansing of nearly a million Rohingya commenced in 2017, which has seen the formally lauded Aung San Suu Kyi lose all credibility on the world stage and lose many honours previously awarded to her.

However, with Suu Kyi’s party on track to secure victory, rights groups have called the process “fundamentally flawed”[2] as an estimated 1.5 million ethnic minority voters in the country are being excluded on the basis of security concerns. The decision is expected to fuel further resentment and disenfranchisement in these conflict-affected areas.

The Office of the High Commissioner for Human Rights noted that the new rules create further restrictions, with the most affected community being those in the Rakhine state.[3]

One analyst, David Mathieson, bemoaned the situation, saying it would only lead to more insurgency:

“[They will say] we told you that you cannot trust the political system, we told you not to trust the government and the military. The only way to get her attention is to fight.”[4]

A further estimated 1.1 million Rohingya continue to be denied voting rights, having been excluded from the 2015 elections as well. Over 700,000 Rohingya have fled to Bangladesh since 2017. Myanmar does not recognise the Rohingya as an indigenous ethnic group, instead labelling them illegal “Bengalis” despite their presence in the country for centuries.

“Not being able to vote makes me feel really sad. It feels as though we are dead and we don’t matter.”

“These rights are important. We want our children to become engineers and lawyers one day. But I don’t see this happening any time in the future. I don’t have the confidence. I don’t know if we will even be able to vote in 2025.”[5]

“Myanmar isn’t interested in taking us back. Even if we do go back one day, what if they don’t allow us to vote again? We have children. What will happen to them? If they don’t get their rights and citizenship, how will they survive?”

The UN earlier warned that the fairness of the election was in doubt, and that the country’s transition to democracy was at risk.[6] The UN also noted that despite the government enacting a directive against hate speech in April, there has been “an unrelenting proliferation of such speech against Muslims on Facebook.”[7]

“In context of these orders as well [on COVID-19 restrictions on movements] – for example, journalists have been classed as nonessential. This means that really hampered their ability to go out there and cover the elections and cover the campaigning on the hate speech and the disenfranchisement and all that we have described here, which is all very worrying.”[8]