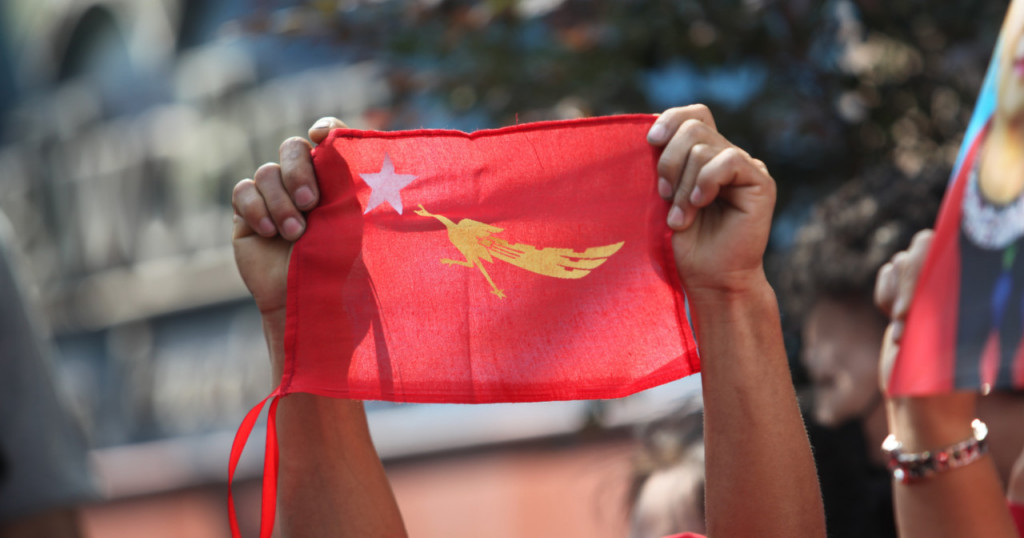 The bi-annual ASEAN summit, which has been held by members of the Association of Southeast Asian Nations since 1976, has snubbed the military ruler of Myanmar, General Min Aung Hlaing. By formally declaring that the upcoming 26-28 October meetings will not be attended by the country save for a non-political representative, the ASEAN group of countries took an unprecedented and bold political step. The significant decision was reached during an emergency meeting held on Friday. [1]

The military government under the command of Gen. Min Aung Hlaing has stated it is “disappointed” in the collective decision made by the foreign ministers of the ten ASEAN member states. The members of the bloc consist of Singapore, Indonesia, Myanmar, Laos, Brunei, Malaysia, Cambodia, the Philippines, Vietnam, and Thailand. In an official statement on Sunday, the military junta reacted to the decision with the following remarks:

“Myanmar is extremely disappointed and strongly objected the outcomes of the Emergency Foreign Ministers’ Meeting as the discussions and decision on Myanmar’s representation issue was done without consensus and was against the objectives of the ASEAN, the ASEAN Charter and its principles.” [1]

In contrast, the foreign ministry of Singapore said on Saturday that the move was a “difficult, but necessary, decision to uphold ASEAN’s credibility”. Moreover, the 2021 Chair of ASEAN, Brunei Darussalam, said that the lack of progress on a roadmap that was approved by both the Myanmar junta and ASEAN back in April meant that it was challenging to include Min Aung Hlaing in the upcoming talks. [1]

The 65-year-old Min Aung Hlaing, who was instrumental in carrying out Myanmar’s third coup since the country achieved independence from Britain in 1948, remains as commander in chief of the armed forces. Under his leadership, the likes of State Counsellor and then de facto leader Aung San Suu Kyi were detained. Min Aung Hlaing recently appointed himself Prime Minister on 1 August and has established a self-professed caretaker government until general elections are due to take place. It is believed that such a vote will not take place prior to 2023. [2] [3]

Min Aung Hlaing is also a key figure in the persecution of the Rohingya Muslim population of Myanmar. He has previously sought to refer to the oppressed ethnic group as being “Bengali”, and even vulgarly suggested that “the Bengali problem was a long-standing one which has become an unfinished job”. [4] Furthermore, the so-called ‘clearance operations’ of 2017, whereby hundreds of thousands of Rohingya were targeted with “mass extermination”, were specifically undertaken by two light infantry divisions. [5] These consisted of the 33rd and the 99th units, which Min Aung Hlaing had ultimate authority over. In a Reuters special report, Thaung Wai Oo, a military historian who served as a colonel in the 33rd Light Infantry Division and also served in junior positions in two other light infantry divisions, was asked who held authority over these subdivisions in the Myanmar military. He answered: