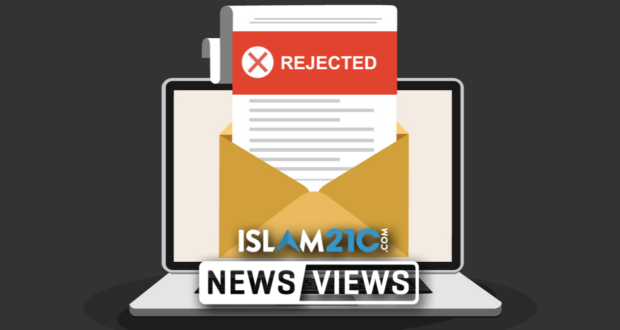 Established in 2013, the Myriad Foundation is a UK-based Islamic organisation that is primarily involved in social welfare and reform but is also governed by an Islamic ethos.

Run by a collective of like-minded individuals, their aim is to challenge misconceptions surrounding Islām and Muslims and replace them by spreading the true teachings of the religion to local communities. [1]

Adhering to their motto “Collaborate – Initiate – Articulate” [2], they have been involved in many avenues by running soup kitchens, creating a ‘Feed a Friend’ network collaboration with mosques in Manchester, where the organisation is based, ‘My Social Buddy’ and ‘My Tech Buddy’, visiting patients in local hospitals, and providing technological support by equipping basic ICT skills to those who may not have bought up in the digital age.

In addition to this, they run Islamic workshops in schools and city centres. Their more recent project ‘Taste Ramadan’ has been running for 3 consecutive years and is a coordinated scheme that connects mosques up and down to the country to the wider community by opening their doors to an open ifṭār. The organisation consistently delivers weekly, monthly, and yearly campaigns that have allowed their work to grow and be recognised by many, including the Prime Minister herself.

The chairman of the Myriad Foundation, Ali Mahmood, was recently invited to Theresa May’s ʿEid Party at Downing Street.

Ali Mahmood, the chairman of the Myriad Foundation has been invited to the Prime Minister's Eid Party at 10 Downing…

His response was as follows:

“Thank you very much for inviting me on behalf of the Myriad Foundation to the Prime Minister’s Eid Party at 10 Downing Street. Whilst it is an honour to be recognised for the important work we do, after careful deliberation with members of our organisation, we have decided to decline the offer.

The Myriad Foundation is a Muslim-led organisation driven by Islamic teachings. Our work focuses on helping those deeply impacted by austerity and educating wider society on Islam as a means to offset the damage created by institutional Islamophobia.

We feel that the Conservative government led by Prime Minister Theresa May has played a prominent role in creating austerity and Islamophobia in the UK. For this reason and taking into consideration the work we undertake as an organisation, we feel it will be hypocritical to be celebrating Eid at 10 Downing Street.

We would be happy to discuss our concerns with you in a more appropriate setting.

Thank you for your understanding.

“Given that there is often an irresistible tendency to shed principles to sit at the end of a very long table with powerful individuals, Myriad Foundation’s response is a breath of fresh air and will, in shā’ Allāh, further empower the burgeoning Muslim community and daʿwah scene in the UK.”

Ali Mahmood’s response is a leading example for all those in the sector and the Muslim community at large. He reminds us to not fall prey to accepting high-end or lucrative party invites, but to, instead, hold a principled position of integrity.

Is the killing of Sulaimani a sign of weakening US influence in the Middle East?