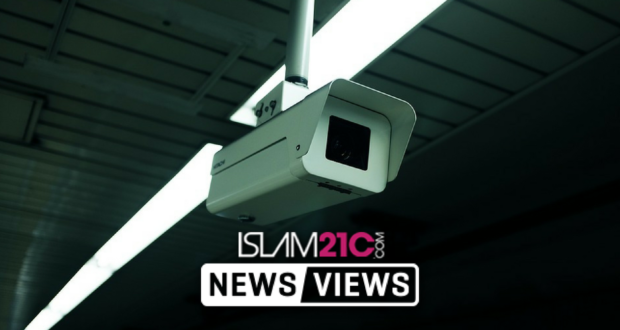 Javid’s ‘Contest’ strategy proposes the declassification of MI5 dossiers on roughly 20,000 “suspected” British citizens who are not under active investigation.

The proposal has been met with heavy criticism for its negative human rights implications.

The new strategy to be piloted in London, the Midlands and Manchester, will seek to share personal information of citizens suspected of holding “terrorist sympathies”,[1] with local authorities, police “and others.” [2]

Human rights groups have raised concerns regarding the loose terminology used and undefined requirements causing citizens to become suspects in the eyes of local authorities.

“Intelligence agencies thresholds for “people of interest” are not the same as law enforcement or even local authorities. This will inevitably lead to people bring criminalised when they are simply “of interest”, a very loose term, and often highly politicised.”

“Mr Javid’s plans put the UK on a firm footing with France, whose intelligence memos (S files) have led to raids, house arrest, surveillance and airport stops, all on information that cannot be legally tested. This has done nothing to keep the country safe and has only resulted in a two-tier justice system for Muslims, and a toxic climate of fear and mistrust.”[3]

In his first speech as Home Secretary, Javid said there should be:

“no safe spaces in the UK for terrorists to spread their vile views, or for them to plan and carry out attacks, and no safe spaces online for terrorist propaganda and technical expertise to be shared, and for people to be radicalised in a matter of weeks.”[4]

The conservative party stance on radicalisation, referenced by Javid in his speech, has long been criticised for lacking empirical evidence or any academic basis. In response to Javid’s plans Corey Stoughton, Director of Advocacy at Human rights organisation Liberty said:

“Terrorism is a serious issue deserving serious thought. Sadly this ‘strategy’ is a regurgitation of failed thinking – heavy on soundbites, light on substance.”

“The government continues to use dangerously vague definitions of extremism to tarnish communities, encourage policing by prejudice and press service providers and local authorities into becoming unwilling and untrained agents of the security services.”[5]

Other critics have found the proposed measures to be a breech in national security, as well as contradicting civil liberties.

Guardian Columnist Simon Jenkins wrote that Home Secretary was: “now in danger of capitulating to terrorism’s prime goal, which is to undermine the liberties and dignities of the state.”

In the article Jenkins elaborated on his concerns writing:

“Since no one knows if they are on this list, they have no way of countering or correcting false identification or information… Indeed if the list is not declared or even vetted, the suspicion must be that any MI5 intelligence on individuals will no longer be secret. This is not just a police state but an insecure state. Parliament should demand instant clarification.” [6]

“This is a real missed opportunity by the Government to acknowledge the valid evidence based criticisms of Prevent and review its counter-terrorism strategy by engaging with grassroots Muslim organisations and listening to their concerns.”[7]

Many have long accused the UK’s counter terrorism apparatus as structurally racist and Islamophobic, with Professor David Miller calling it “the backbone of Islamophobia”.[8] This may be a bold statement but when “Muslim terrorism” is seen with the statistical significance and context characteristic of academic research, it becomes difficult to argue against.

According to the Global Terrorism Database (GTD, funded by the US Dept. for Homeland Security),[9] there were 115 reported “terrorism” incidents, either “successful” or foiled, in the United Kingdom during the most recent complete year (ending March 2016). Out of these, only three were carried out by Muslims, and the same number of attacks were perpetrated against Muslims by non-Muslim perpetrators. Muslims thus represent approximately 3% of suspected perpetrators of terrorist incidents, yet 65% of the Prevent referrals.[10]

This echoes well known surveys carried out by, for example, the left-wing publication Countefire based on Europol statistics, citing “Only 0.7% of terror attacks in Europe are by Islamists” from 2006-2013.[11]

When one considers that Muslims comprise approximately 5% of the United Kingdom,[12] yet are vastly overrepresented in the counter terrorism matrix—from Prevent referrals to Schedule 7 stops and searches to “terrorism” convictions—not only does this lead to unjustified fear and panic from the broader population, but contributes to the alienation and disenfranchisement of many young or mentally vulnerable Muslims.

This is one of the reasons that an increasing number of researchers and activists have been warning that Prevent is not just ineffective but actually counterproductive. This is because a sense of alienation, disenfranchisement, experience of racist double standards, and so on, have long been significant empirically-determined causal factors involved in the likelihood of some people to be drawn into political violence and terrorism, emphatically not the non-violent beliefs and opinions—be they “radical” or not—that the Prevent programme has been focussing attention on.

Instead, not only are the non-violent “extreme” ideas targeted by Prevent now understood by politicians to have a “firewall” effect against terrorism,[13] but those scholars and activists—who enjoy grassroots support—that are routinely tarnished with the accusation of “extremism” by Prevent, have almost invariably been the most effective actual prevention against angry young people being led down a path towards violence. Silencing these very voices under the pretext of “preventing terrorism” amounts to little more than pouring gasoline on a fire in order to extinguish it.

If the critics are right, the next few years’ statistics will likely see an increase in the number of people drawn into violence, unless something radical is done. Otherwise, those who profit from Prevent in one way or another will be even harder to believe when they claim their real intention is to prevent terrorism rather than police ideas.

[12] According to the 2011 Census, Office for National Statistics.