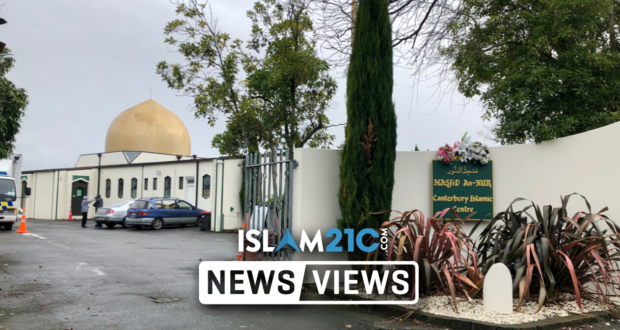 This Sunday marks one year since the evil Christchurch massacre that shook the world and our hearts to the core.

Fifty-one Muslim worshippers were brutally killed and at least 49 were injured in two mosques in the city of Christchurch, New Zealand after a gunman stormed the mosques and opened fire during Friday prayers.

Witnesses described how men, women, and children ran for their lives whilst people were bleeding on the ground as the horrific shooting persisted for up to 20 minutes in the light of day.

May Allāh (subḥānahu wa taʿālā) accept those that have been killed as shuhadā’ and give a quick recovery to those who are still recovering from their injuries and trauma.

In her statement to the nation immediately following the attacks, Prime Minister Jacinda Ardern said, “This will be one of New Zealand’s darkest days.”[1]

The criminal, Brenton Tarrant, a 29-year-old Australian, was believed to have written a sickening 16,000-word manifesto outlining his intentions and declaring his support for Trump as “a symbol of renewed white identity and common purpose,”[2] before sickeningly livestreaming the entire rampage. The manifesto appeared on the website 4chan and attracted horrifying comments in support of it.

The Australian Federation of Islamic Councils said in a press release following the attacks:

“The massacre today is a product of the ever-increasing Islamophobia and marginalisation of Muslims and is a reminder to all concerned, including political leaders and media commentators, of the horrific consequences that an atmosphere of hate and division can lead to. No country or community is immune to such atrocities.”[3]

The individual accused of the attacks, is due to stand trial in June on charges of terrorism, murder, and attempted murder.

New Zealand today has called off a national remembrance service marking the one-year anniversary of the brutal attack as a result of concerns over the coronavirus outbreak. [4]

The event, which was supposed to take place tomorrow, was expected to attract a huge crowd, with many traveling from around New Zealand and from overseas.

Prime Minister Jacinda Ardern said the cancellation of the remembrance service was a “pragmatic decision”:

“We’re very saddened to cancel, but in remembering such a terrible tragedy, we shouldn’t create the risk of further harm being done.”

New Zealand has had six cases of coronavirus.

2020-03-14
Hamad Momin
Previous: Coronavirus: Mass gatherings could be banned next week as UK deaths double in 24 hours
Next: Islam CAN deal with the fear and health implications of COVID-19