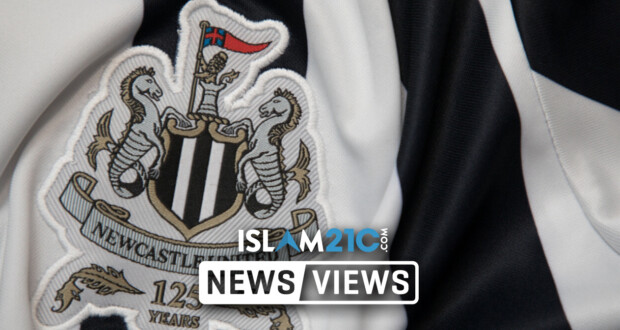 Newcastle United Football Club made headlines earlier this year when it was announced that the sovereign wealth fund of Saudi Arabia was on the verge of becoming the club’s new owners, with a series cash injections of £300 million.

A few weeks ago, the Premier League Chief Executive Richard Masters said that a decision on the takeover would be made shortly, but the lack of clarity and widespread condemnation of the deal from human rights groups has reportedly worried senior figures at Newcastle United F.C.

Now, families of human right campaigners held in Saudi jails have written to Richard Masters with a personal plea to stop the takeover from going ahead whilst their loved ones remain imprisoned in Saudi Arabia. [1]

The Saudi kingdom has witnessed drastic changes in the past few years. In only the last two years, the Saudi authorities have arrested scores of scholars and activists in what is seen as a significant shift in internal policy led by Crown Prince Mohammad b. Salman. The measures have been dubbed by some as a precursor to introducing more secular-leaning laws.[2]

Prosecutors in Saudi Arabia have arrested scores of prominent scholars but have even sought the death penalty for some of them including, Sheikh Salman al-Ouda.[3] Amongst the dozens of prominent scholars, activists, and academics arrested by the Saudi authorities are Sheikh Awad al-Qarni, Sheikh Mohammad Musa al-Sharif, Sheikh Muhammad Saleh al-Munajjid, and Sheikh Abdul Aziz at-Tarefe.[4]

Hatice Cengiz, the fiancée of murdered journalist Jamal Khashoggi, has written to the Premier League, adding to the opposition to the deal and reminding the Premier League that their global reputation is at risk if it goes ahead.[5]

Crown Prince Mohammed bin Salman, who oversees the Saudi consortium heading the proposed deal, has been accused of ordering the killing of Khashoggi inside the Saudi Consulate in Istanbul in 2018, an allegation that he denies. Masters has since responded to Cengiz’s plea, saying her concerns were being considered in their process.

The letter was organised by human rights charity Grant Liberty, which is the advocacy wing of Forgotten Women, a charity dedicated to helping women in crisis and emergencies. [6] Grant Liberty called for the release of scholars that remain in Saudi Arabian prisons, which unfortunately are not in short supply.

The letter is signed by the families of: Loujain al-Hathloul, a 30-year-old women’s rights activist under arrest since 2018; Abdulrahman al-Sadhan, a 36-year-old Saudi humanitarian worker and employee of the Red Crescent, held since 2018; Aida al-Ghamidi (and her sons Sultan and Adil), held since March 2018 because of her son Abdullah being a prominent opposition leader; Sheikh Dr Salman al-Ouda, a 63-year-old scholar potentially facing the death penalty after tweeting out a call for peace in 2017.

The Association of Sunni Scholars has previously condemned the mass arrests by Saudi authorities, including the likes of Sheikh Dr Salman al-Ouda and Awad al-Qarni, among many other notable scholars, activists, and academics.[7] Some of these ‘prisoners’ have passed away, while others have been given the death sentence. Even noble women have been sexually abused and tortured.

Included in the letter are examples of these bouts of mistreatment, citing the torture and threats of rape many behind bars have faced. The letter calls for the Premier League to hear their stories before making a decision that will undoubtedly spread the Saudi brand.

Furthermore, the letter specifies how the Saudi state is an absolute monarchy, and that the PIF’s “leadership is therefore indivisible from the actions of the Crown Prince and the Saudi state”, which offers a “clear moral case for refusal”.

In short, those heavily engaged in the campaign to release scholars from Saudi jails have called for the country to abide by human rights laws towards its own citizens by 7calling for their immediate release.

An excerpt of the letter reads:

“In short, we are begging you to do the right thing – Saudi Arabia must not be allowed to buy its way into the Premier League while our loved ones languish in jail under the most dreadful of circumstances. They have been beaten, tortured, threatened with murder and sexual assault, held in isolation – and we fear they could die at the hands of their captors just as many, including Jamal Khashoggi, have died before them.”

“It is not too late to do the right thing. Football is the global game and you operate its most popular league – you have a unique opportunity to demand change. The purchase of Newcastle United Football Club by the Kingdom of Saudi Arabia, in the light of the treatment of our loved ones and the human rights abuses outlined in this letter and elsewhere, is a moral outrage, would cause irreparable damage to the Premier League’s reputation and may well contravene your own rules.”

“We are begging you – please stop the deal and join our calls for the freedom of all human rights campaigners held in Saudi prisons.”

2020-07-16
Hamza Saleem
Previous: Muslim academic named among top influencers in medicine
Next: Unscripted #54 | Who is paying for the pandemic?