UAE told by Pakistan it will not accept ‘Israel’ 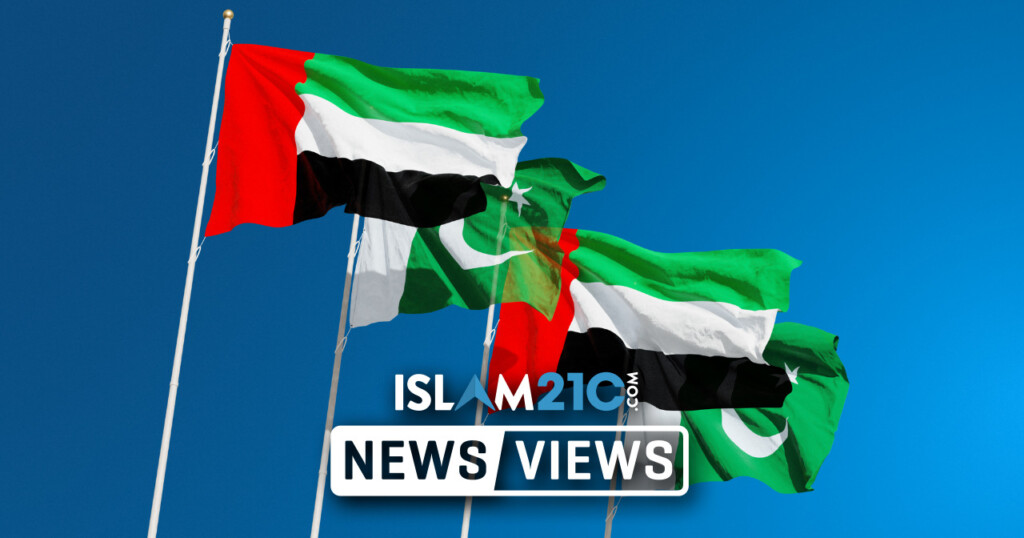 The Pakistani Foreign Minister, Shah Mahmood Qureshi, has explained to his Emirati counterpart Abdullah bin Zayed Al Nahyan in no uncertain terms that the Islamic Republic of Pakistan will not recognise ‘Israel’ unless an enduring solution is found for the issue of Palestine.[1]

In a meeting between Qureshi and Al Nahyan, a number of topics were discussed, including the COVID-19 pandemic and the recent UAE travel ban that spans numerous countries including, among others, Pakistan, Lebanon, Algeria, Tunisia, and Iran. The ongoing thawing of relations between the Zionist state of ‘Israel’ and some Gulf nations was also discussed.[2]

Spoke with H.H @ABZayed on the situation in South Asia, conditions in #IIOJK and discussed peace in Afghanistan. Pakistan appreciates UAE's cooperation during the #COVID19 pandemic. pic.twitter.com/eNeiZOAhdr

Details of the Pakistani delegation to the UAE comes after reports of Islamabad allegedly having covertly sent a courier to ‘Israel’ to discuss ties.

Noor Dahri, a self-styled supporter of ‘Israel’ and director of the British think-tank Islamic Theology of Counter Terrorism, has been claiming that Pakistani Prime Minister Imran Khan sent a messenger to Tel Aviv with the aim of ‘normalising’ relations.[3]

However, the Pakistani government consistently denied the rumours. Shortly after the UAE declared in August that it would establish a diplomatic relationship with ‘Israel’, Prime Minister Khan said in a television interview:

“Our stance is obvious. It’s something which (Pakistan’s founder) Quaid-e-Azam Muhammad Ali Jinnah made clear in 1948 – that we cannot accept Israel until Palestinians get their rights as per the two-state solution… If we accept normalisation of ties with Israel then we would have to give up the Kashmir cause… My conscience will never allow me to accept Israel, which is responsible for so many atrocities against the Palestinian people…”[4]

Pakistan is finding itself in a tough spot, as the Muslim-majority country heavily relies on trade with Gulf states such as the UAE and Saudi Arabia. In November, Prime Minister Khan said there had been pressure from external forces concerning ‘normalisation’ of ties between the Islamic Republic and the Zionists,[5] but Foreign Minister Qureshi yesterday made clear:

“Number one, there will be no pressure on us nor there is. Number two, we have to make decisions keeping Pakistan’s interests in view and not because of any pressure. We have a policy and we are still steadfast on it.” [1]

The acceptance of ‘Israel’ by Pakistan would be a severe blow to countries such as Turkey, Qatar, and Algeria, who all continue to make clear their determination for the Palestinians to receive full statehood and a fair and permanent solution to the ongoing crisis.

Things are rapidly evolving, and although nations such as Pakistan continue to declare their opposition to ‘Israel’, it is difficult to truly gauge whether these sentiments are indeed true or merely an attempt at covering up the facts.