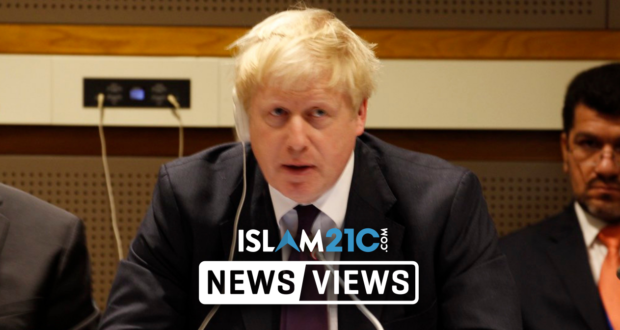 “No ifs or buts”: Boris Johnson vows to leave EU

Britain’s new prime minister, Boris Johnson, said the UK will leave the EU on 31 October and be ready for a no-deal exit.

Johnson, who was elected as prime minister by the Conservative party membership on Tuesday, met the Queen on Wednesday afternoon, who requested Johnson to form a new government after earlier accepting Theresa May’s resignation as prime minister.

In his first appearance, as prime minister at 10 Downing Street, Johnson said:

“I have just been to see her majesty, the Queen, who has invited me to form a government and I have accepted.”

“I pay tribute to the fortitude and patience of my predecessor and her deep sense of public service, but in spite of all her efforts, it has become clear that there are pessimists at home and abroad who think after three years of indecision that this country has become a prisoner to the old arguments of 2016.”

The new prime minister made clear that British democracy is incapable of dishonouring a democratic mandate and pledged to the British people to deliver Brexit and leave the EU on 31 October without any exceptions. Johnson also warned that the enemies of Britain will lose and the doubters will be proven wrong.

“We are going to fulfil the repeated promises of parliament to the people and come of the EU on October the 31st, no ifs or buts and we will do a new deal, a better deal that will maximise the opportune cities of Brexit, while allowing us to develop a new and exciting partnership with the rest of Europe.”

The former foreign minister said that this new partnership will be based on free trade and mutual support and that by October 31 he will have a new deal in which the UK will leave. However, Johnson said that the British people have had enough of waiting and so he will work to take the UK out of the EU as soon as possible.

According to Johnson, Brexit was a fundamental decision by the British people who want to make their own laws and elect their own representatives and said that it is a duty to respect that decision and to deliver on the 2016 EU referendum. Johnson also thanked the 3.2 million EU nationals living in the UK for their contributions and assured them of their rights to live and remain in Britain.

Johnson also assured the EU, and especially Ireland, that he is convinced they can reach a new deal without having the need of checks and customs on the Irish border whilst rejecting the backstop, calling it “anti-democratic”. Preparations must be made, the former foreign secretary said, for the possibility that Brussels refuses to negotiate a new deal which will force the UK to leave the EU without a deal, which is an outcome Johnson says he does not want.

Johnson was elected prime minister on Tuesday by the membership of the Conservative party after receiving 92,153 votes. He is expected to form his new cabinet in the coming days and outline his national policies, as well as a new Brexit agreement with the EU.

The prime minister has faced a slew of resignations by senior ministers from the government, such as chancellor Phillip Hammond, defence secretary Penny Mordaunt, minister of the cabinet office, David Liddington, and international trade secretary Liam Fox.

Johnson has repeatedly been in favour of leaving the EU without a deal.

2019-07-24
Muhammad Mussa
Previous: The Balfour Declaration: The Ignored Majority
Next: 39C…and the Extraordinary Secrets of Lowering the Gaze