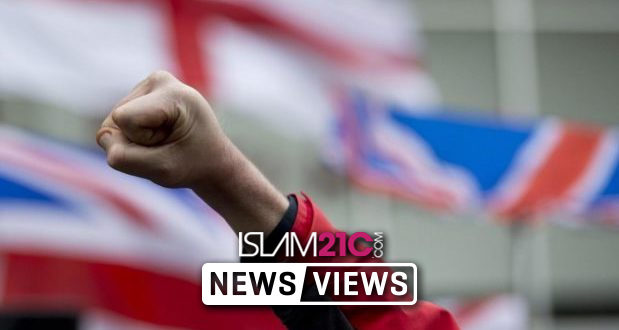 Research reveals an increased rate of Islamophobic attacks with a rise in abuse towards non-Muslim British men who “look Muslim”.[1]

During a presentation at the House of Commons during Hate Crime Awareness Week, Dr Imran Awan and Dr Irene Zempi highlighted the experiences of non-Muslim men suffering Islamophobia because they look Muslim and elucidated their concerns that both official statistics and academic research fail to shine a light on this problem.

They found hate crimes would spike around “trigger events” such as terror attacks or the EU referendum.

That the suffering of non-Muslim British men who “look Muslim” has been highlighted in the mainstream news is an important step in recognising the increasingly worrying problem of Islamophobia in British society. Now, it needs only for mainstream news to give due attention to the rise in Islamophobic attacks on actual Muslims.

2017-10-19
+Editor
Previous: “Get out Murderers of Children” – Kuwait Parliament expels Israeli Delegation
Next: The Hypocrisy of Attacking Muslim Schools for “Segregation”