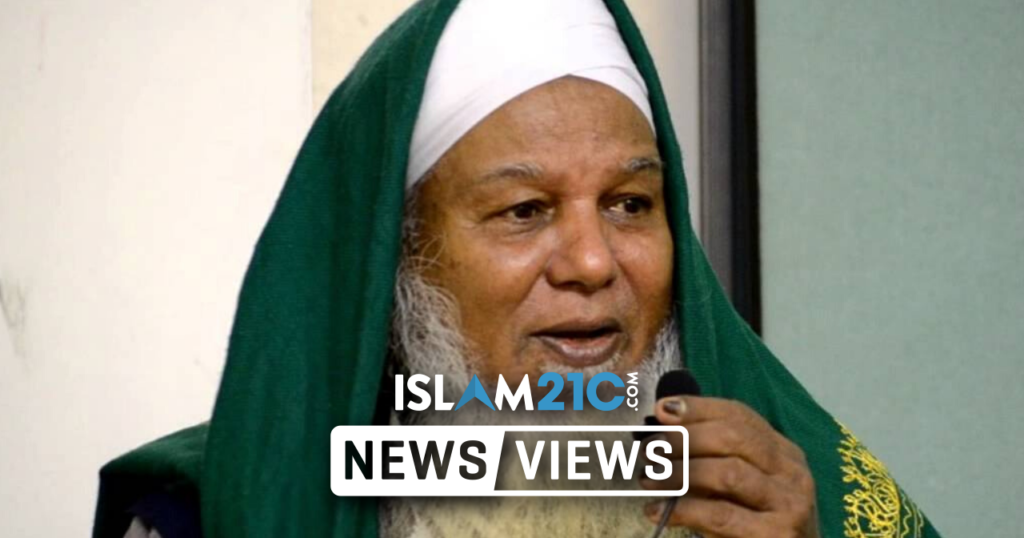 Islam21c would like to offer its heartfelt condolences to the people of Bangladesh on the passing of one of the country’s most eminent scholars, Sheikh Nurul Islam Bishwanathi, may Allāh have mercy upon him.

Sheikh Nurul Islam Bishwanathi Saheb was a renowned spiritual reformer who changed the hearts and lives of many, by the permission of Allāh (subḥānahu wa taʿālā). The Sheikh was a senior student and disciple of Sheikh Nur Uddin Ahmad Gohorpuri, who was one of the closest students of Sheikh Sayyid Hussain Ahmad Madani of Darul Uloom Deoband in India.

Sheikh Nurul Islam was a principal and adviser to numerous institutions within Bangladesh and would regularly travel across the globe, delivering lectures – despite being over 75 years old – reminding people to turn back to Allāh (subḥānahu wa taʿālā).

The Sheikh passed away at the age of 79 on Sunday 15th December 2019 at 9 AM local time in Bangladesh (3 AM UK time). From around 6 months prior to his passing, he started to distribute any wealth he possessed, donating it to different Madaris across Sylhet, Bangladesh.

He had numerous students that are situated across the globe and are now in a state of mourning. We beseech Allāh (subḥānahu wa taʿālā) to expand his grave, shower His infinite mercy upon him, to forgive his sins and grant his family patience. We ask Allāh (subḥānahu wa taʿālā) to make this difficult time an expiation of sins and the raising of rank in the sight of our Lord.

May Allāh continue to raise up dedicated and upright individuals who will continue the propagation of Islam in Bangladesh and beyond.