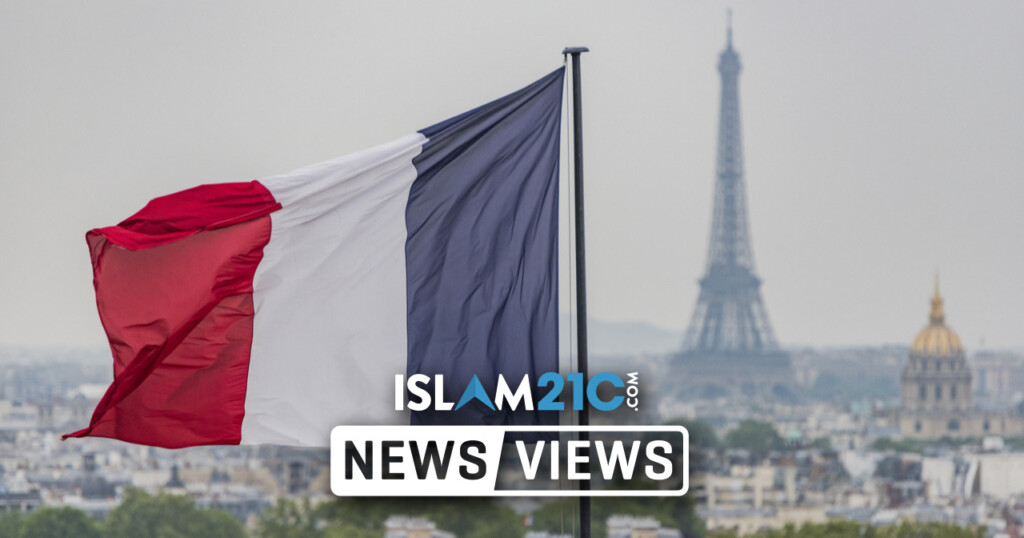 France is mourning its latest victim to so-called ‘free speech’ as a ‘martyr’.

Of course, the family of the school teacher killed last week will be mourning their personal loss. But perhaps the protestors standing in ‘solidarity’ should be questioning whether this value is something that really deserves sanctifying.

I have no doubt that these French citizens standing in ‘solidarity’ sincerely believe that they are standing up for something noble. Initially, free expression in Europe meant the right to question the hegemony of the Church – a legacy from the era where any such questioning was labelled heresy.

Yet what started as criticism of the Church and questioning of doctrine became a licence to insult the Creator and His Noble Messengers, may peace be on them all.

Once respect for the most important aspects of society was lost, it was no surprise that children could insult their parents and students could insult their teachers. The collective harms from these secular values on families and education cannot be easily calculated.

There are other obvious problems with the idealisation of ‘free speech’ that exists in the West today.

Firstly, it ignores the reality that no society allows absolute free expression.

All speech is limited by the legal system of the country and by what its people find acceptable.

So-called ‘hate speech’ against race, religion, gender or sexuality is criminalised in many countries, silenced by the ‘cancel culture’ that exists today. For example, expression against the Zionist occupation of Palestine is labelled anti-Semitism. Moreover, the Prevent policy in Britain has effectively silenced Imams and many Muslim speakers from discussing a variety of political and Islamic issues, labelling them under ‘extremism’. As the Muslim thinker Abdullah al Andalusi says, “Extremism is the secular word for heretic.”

Speech and other forms of expression can cause unwanted collective harm. Denmark, for example, bans the burning of any foreign flag because it can be seen as an act of provocation that can harm Denmark’s image internationally.

The hypocritical French President Emmanuel Macron, who said that the President of the Republic should not instruct an independent media about editorial policy in respect of the insulting cartoons, berated a journalist from La Figaro for revealing Macron’s meetings with leaders of Hezbollah in Lebanon, saying: “What you have done, given the sensitivity of the subject…is irresponsible…irresponsible for France, irresponsible for those concerned.”

Against this background, one could argue that Macron’s beloved secular ‘free speech’ – which endorses the publication of cartoons insulting the Messenger of Allāh (sall Allāhu ‘alayhi wa sallam) – simply encourages division, hatred, and discord in society. This is every bit as irresponsible as revealing secret negotiations by its celebration of the wanton mockery and insult of what many people in France hold dear.

France’s claims that propagating insulting cartoons of the Messenger of Allāh is part of its tradition of free speech has to be set against the reality of persistent state-sponsored propaganda that incites hate against Islam and its sanctities. When this relentless propaganda meets an occasional violent response, there is shock and dismay. Yet if people relentlessly taunted a wounded lion and were occasionally met with a violent response, wouldn’t most people say the provocateurs share some of the blame?

This is hardly a recipe for civility and harmony in society.

The West prides itself on its free press and independent media. Yet the free speech that allows a serious journalist to investigate and account politicians is also the free speech that allows tabloids to gossip, backbite, expose, and humiliate individuals and celebrities. This demeans society’s values whilst allowing the owners of these publications to make a tidy profit.

The media is not so much ‘free’ and ‘independent’ as controlled by the corporate elite for power, influence, and profit.

Islam, of course, has its own understanding of the limits of speech.

Enjoining good, forbidding evil, and holding political authority to account is an obligation – not an option – for individual Muslims who are capable, as well as for scholars and political organisations.

Hudhaifah (may Allāh be pleased with him) reported:

The Prophet (sall Allāhu ‘alayhi wa sallam) said, “By Him in Whose Hand is my life, you either enjoin good and forbid evil, or Allāh will certainly soon send His punishment to you, then you will make supplication and it will not be accepted.”[1]

Far from being prohibited, enquiry and questioning was directed to the Messenger of Allāh himself.

However, backbiting and slander (as seen in tabloid tittle-tattle) are prohibited absolutely, as is anything insulting the sanctities of Islam, such as these cartoons.

These matters are best dealt with at a political level. One reason that some people might take matters into their own hands (and which might injure an individual but does not stop the phenomenon) is that they do not see their leaders tackling these issues in a manner that, for example, Denmark fears that any of its citizens burning a flag would provoke an international incident.

In 1889, the French poet and dramatist Henri de Bornier wrote the anti-Islamic play Mahomet in 1889. The French Prime Minister at the time, Charles de Freycinet, banned the play in 1890 after opposition from the Uthmāni Khilāfah – the last time Islam existed as a polity on the world stage.

On 31st October 2020, I will be chairing an online conference titled The Return of the Islamic World Order (register here), precisely because the world is desperately in need of an alternative – and Islam can offer that alternative.

The conference aims to discuss how Islam’s distinct political and economic ideas differ from the dominant secular ideas, as well as how, by following Divine guidance, human beings can avoid continuing to injure themselves and others on such a monumental level. This conference will also illustrate to Muslims who know and love their dīn that these noble Islamic ideas and values cannot be realised without the establishment of a Khilāfah in the Prophetic way, namely, the political authority that Islam has given as the method to realise so many of its rules, laws, and values. Establishing Islam in the form of a political authority at a state level does not merely offer a solution for problems in the Muslim world, but also offers an example to humanity by arguing for the case on an international stage.

Without Islam’s presence on the world stage, such insults and propaganda will continue, with occasional shocking responses from individuals that do not prevent the actual munkar from taking place. Its return could not be more welcome in a world that is decaying under the weight of secularism.