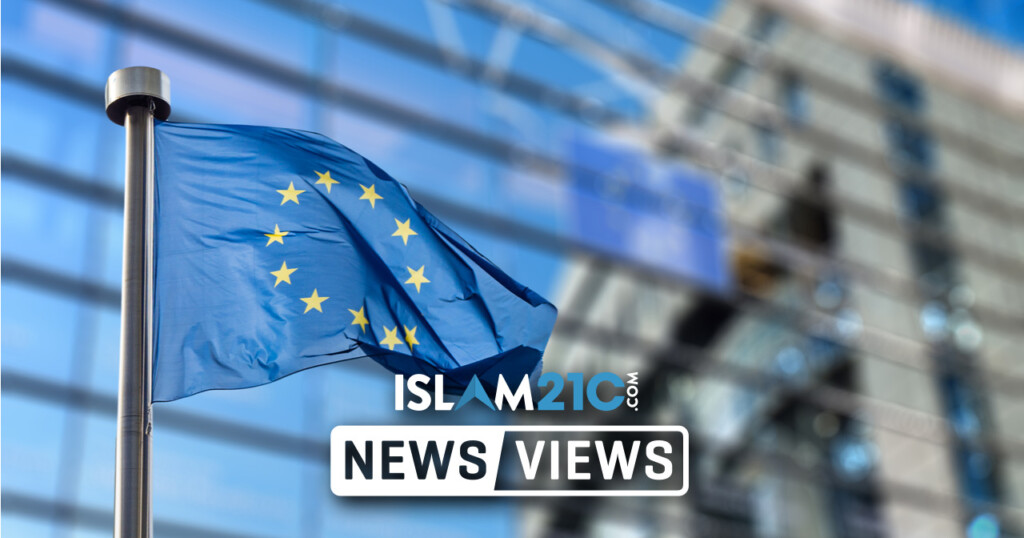 A coalition of international organisations and civil society groups have submitted a formal complaint to Ursula von der Leyen, President of the European Commission, regarding the French government’s hostile policies towards its nation’s Muslim citizens.

The global alliance is calling on the EU to take urgent and immediate action against France at the European Court of Justice for the government’s hostile and Islamophobic policies and attitudes towards French Muslims, as well as for the blatant disregard of fundamental laws and principles upon which the EU was founded on.

In the letter, the alliance wrote:

“This urgent call for action is made by organisations and individuals (hereafter; the Coalition) who are comprised of or who represent French Muslim citizens. There is a pressing need to combat the severe repercussions on Muslims because of governmental Islamophobic attitudes and recent events in France.”

“We are reaching out to you because there is no real or effective remedy within the French legal system to stop the continuation of structural and systemic Islamophobia by the French government within the meanings established by European case law. The exhaustion of national remedies will not bring effective relief for Muslims in France.”

The formal complaint analysed the French government’s ‘Imams Charter’ and discovered that, in addition to the policy censoring the civil liberties of Muslims, it is exclusively discriminatory towards Muslims as it demands only their signatures. The alliance concluded that this is unheard of in EU law, let alone French law, as it seeks to change the Islamic beliefs that Muslims hold very dear.

Under the ‘Imams Charter’, French Muslims must sign a contract declaring their support and loyalty to the “republican values” of the state. However, such a contract and policy is contradictory to the very values that are being used by the government to abuse, discriminate and stigmatise Muslim communities in the country.

Moreover, French President Emmanuel Macron’s supposed plan “against separatism” solely focuses on the ideological, financial, and political control of Muslim communities in France. The President has also targeted normative Islamic expressions, such as the wearing of the hijab, the growing of the beard, and regular practice of ritual prayers, declaring them to be “problematic practices” despite both the French and EU constitutions allowing for religious freedoms and practices.

Any Muslim who active in French civil society, whether in political or social circles, is seen by the Government to be in violation of so-called “republican values.” This implies that any Muslim who is active in French society is a danger to the public. This erroneous inference is a direct and blatant violation of the civil and political rights granted to these Muslims as French citizens.

The signatories also remind von der Leyen in their letter that studies conducted by the EU itself has found that acts of violence and aggression by governmental institutions and politicians towards Muslims, including hate speech, has increased to a dangerous and unacceptable level in recent years.

Looking at the French values of ‘liberty, fraternity, and equality’, which were meant to stop the oppression of people from the elite and state, the French government has instead violated the very own foundation of their republic as it continues to deliberately and systematically undermine and violate the rights and freedoms of its own citizens, targeting even the most vulnerable in society such as children and women.

“The Coalition requests your urgent interference in this matter, in which we request the European Commission to follow up our complaint and open a formal infringement procedure against France before the European Court of Justice against France. This is to ensure that France respect EU law on the protection of the fundamental civil and political rights of all its citizens.”

The 25 signatories span 11 countries across Europe, the US, and the Pacific and includes organisations such as MEND and CAGE from the UK, CALAM and LALLAB from France, the Islamophobia Studies Center in the US, and the Islamic Council of Victoria in Australia.

On January 18th earlier this year, the same alliance filed a formal complaint on the same matter to the United Nations Human Rights Council [1]. However, due to the French state’s influence and strong sway over the organisation, no effective action was taken against the Government.