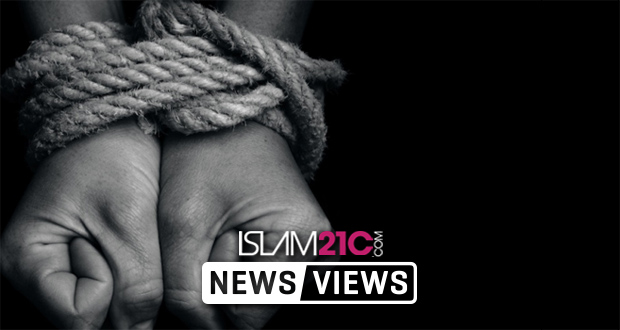 Oxfam has been lambasted in the press as sordid allegations of paying underage girls for sex in Haiti have emerged. A report to charities including Oxfam in 2008, claimed that children as young as 6, were being forced to sell sex in exchange for food.[1] Oxfam’s CEO Mark Goldring’s response betrayed the sector’s lack of appreciating the gravity of the scandal, when he suggested no one had “murdered babies in their cots”. However, as many in the aid sector have revealed, this is just the tip of the iceberg.

In 2002 The Guardian reported that the UNHCR and Save the Children concluded there was compelling evidence of a “chronic and entrenched pattern of abuse” in refugee camps in three west African countries. More than 40 non-governmental organisations, including world renowned charities such as Medecins Sans Frontier (MSF), were implicated in the allegations that aid was withheld unless paid for by sex.[2] A spokesman for MSF said:

“We never realised the extent of the problem. It seems to be great. It’s a difficult issue, but we should not hide from it.”

Yet, here we are, 16 years on, with abuse of the most vulnerable in the world at an appalling level. Andrew MacLeod, a former senior UN official, estimates that 60,000 rapes had been carried out by UN staff in the past decade, with some 3,300 paedophiles working in the UN and its agencies.[3] The report “No one to turn to” which investigated accounts of sex abuse by aid workers and UN peacekeepers, found that abuse was significantly under-reported for fear that the aid would be withdrawn.[4]

It seems children in European refugee camps are not safe either as children as young as 7 have been reportedly abused in them.[5] In northern Greece, in what should be a place of safety for fleeing Syrian refugees, women are too frightened to attend the toilet at night for fear of being sexually abused.[6]

Only yesterday, a Dutch newspaper reported from aid worker Justine Grace Swaab, of sexual misconduct between aid workers and local Iraqi women desperate for food.[7] Swaab also describes reporting on the sexual misconduct of another male aid worker towards a devastated married Muslim Indonesian woman who had just lost her baby in the Tsunami.[8] There is a despicable darkness about exploiting the most vulnerable of the destitute.

The Muslim community in the UK is known for its generosity with a thriving charity sector, donating £100 million during Ramadān alone.[9] These organisations should heed such siren calls and undertake root-to-branch investigations of their own organisations and aid delivery networks across the globe to ensure that they can recognise and prevent such abuses wherever they occur.

A crucial question which needs to be asked is what role the Charity Commission played in investigating such distinguished non-Muslim charities. Indeed, the Charity Commission curiously gave Oxfam a clean bill of health as recently as 2017.[10] However, in 2011 it had received information about an ongoing investigation into allegations of misconduct by Oxfam staff in Haiti.

The Charity Commission allowed Oxfam to investigate the matter internally and did not ask for further information.[11] However during that time the Charity Commission began a resource-intensive disproportionate focus against Muslim charities, as was revealed in a thinktank report in 2014.[12] Their campaign also reportedly included an ultimately futile attempt at pressuring various charities—including non-Muslim ones—to stop working with advocacy group CAGE.[13]

The commission’s obsession with Muslim charities and the subsequent diversion of its limited resources appears to have coincided with the appointment of the notorious neoconservative, William Shawcross, as its chair. In what must have been devastatingly disappointing for Mr Shawcross, the Charity Commission found “near non-existent” financing terrorism in the charity sector,[14] the imaginary pretext often used by neocons to stoke fear and paranoia.

Saghir Hussain, solicitor for CAGE in their judicial review against the Charity Commission, said:

“The commission’s staff were pushed into an over-zealous focus on Muslim civil society. Many believe this is as a result of the neoconservative ideology’s well-known goal to conduct a “Cold War on British Muslims”, as described by Prof David Miller in his seminal report.[15] Sadly, now we know that one of the outcomes of this policy is the suffering of vulnerable people at the hands of non-Muslim organisations that were supposed to be regulated by the commission.

We cannot blame the ordinary hard-working staff at the Charity Commission. The blame for this failure must go to its chair William Shawcross, the commission’s advisory board and those in the government who appointed these officials.”

Indeed Sir Stephen Bubb warned Mr Shawcross about disproportionately focusing on Muslim charities and not enough into whisteblowing or safeguarding.[16] It seems Sir Stephen’s concerns fell on deaf ears with the most vulnerable women and children paying the price.

Many have explained the lack of concern as little surprise when it is often privileged white men exploiting impoverished children and women of colour, highlighting the colonial echoes.[17] It has of course predominantly been framed in “bad apple” narratives whilst rarely paying attention to its structural and institutionalised nature, despite its relatively astronomical scale compared to the “Muslim grooming gang” headliners,[18] [19] painting unambiguously un-Islamic behaviour by a tiny minority as some kind of “Muslim cultural issue”.