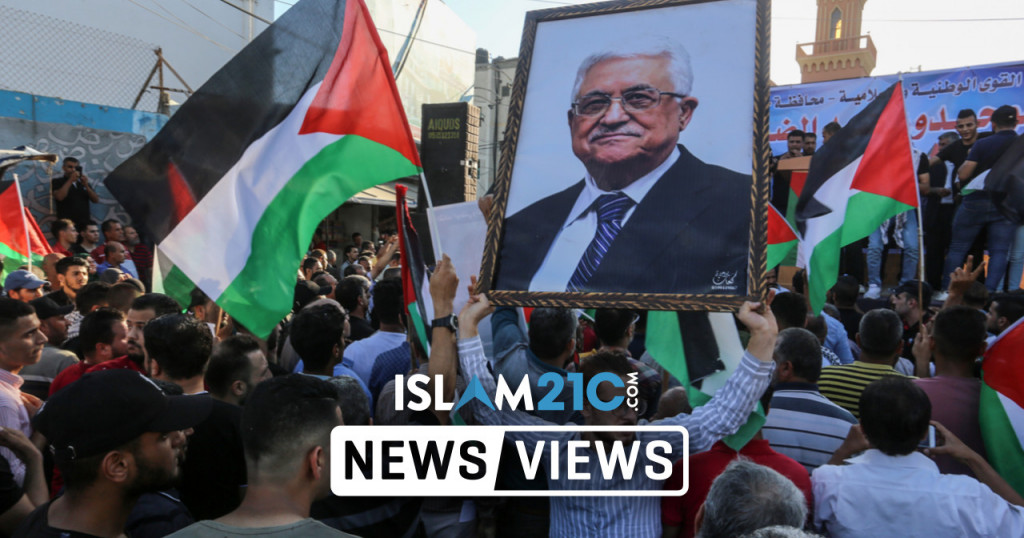 A report by broadcaster Al Jazeera has drawn light on the Palestinian Authority’s (PA) shocking arrests of dozens of young activists, following the most recent escalations in violence between the Zionist state of ‘Israel’ and Palestinian resistance fighters. [1]

The news of the arrests beggars belief, as they have not only been carried out against young people who have supported the Palestinian cause and engaged in civil protests, but they have also alarmingly been accompanied by alleged torture at the hands of PA intelligence officials. The arrests have rocked the nation and raise questions as to truly how united the Palestinians can be during a crisis point such as that of recent days, where an estimated 250 have been killed in Israeli airstrikes, with at least 66 of them children. [2]

While the global reaction to the apartheid Israeli state’s totally unacceptable and brutal military response has been overwhelmingly united in tone, with hundreds of thousands attending marches around the world, including an estimated 200,000 at last Saturday’s London rally [3] [4] [5], one would expect the Palestinian political factions to be on the same page in having a shared desire for hostilities to cease and for a long-term solution to be brought nearer to accomplishment.

However, an incredible example of the discord between the two largest political parties in Palestine – Hamas and Fatah – was embodied in the case of Tarqi al-Khudeiri, who spoke to Al Jazeera and detailed his shock at being detained by the PA security forces.

While the 22-year-old activist is now back at his Ramallah home in the occupied West Bank, al-Khudeiri, who is a known and trusted supporter of anti-‘Israel’ civil protests in the city, is still bewildered by his arrest at the hands of Palestinian forces last week.

As the young activist said, initially he had no reason to doubt the motive behind the security forces asking him to come to headquarters for a discussion.

“The preventative security forces called my father’s mobile phone last Saturday and informed him that he and I need to both be present for a ‘friendly’ 10-minute chat at their headquarters…They promised that my father and I would go home together.” [1]

However, to his surprise, once he and his father were at the building, security officers showed video of protests and baselessly claimed that al-Khudeiri had made offensive remarks against the late Palestinian leader, Yasser Arafat. Despite his categorical denials of these charges, he was thrown into a vehicle and transported to the notorious Jericho prison, where he was violently tortured with a “visceral anger and depravity.”

The young activist quickly realised that the spurious allegation that he had insulted the late Arafat was a cover to beat him in hopes of extracting information concerning other topics; “It became clear to me that this issue of allegedly insulting a political leader was just an excuse to arrest me and grill me about other matters,” said al-Khudeiri. [1]

“All of a sudden, without telling me anything, I was bundled up in a car and taken to the security complex [prison] in Jericho…They threatened to hang me by my hands – a form of torture known as shabah – and assaulted me physically and verbally. They handcuffed my hands behind my back and blindfolded me and made me sit for long hours on a low chair with no back.” [1]

Despite suffering from diabetes and numerous other chronic ailments, the young man was later shoved into an insect-filled solitary prison cell. His situation became so dire that he had a hypoglycaemic attack as a result of being without his medication for over 24 hours. Even after this medical episode, interrogators held him for a further day, and even expressed the desire to hold him for a further 15 days.

The Palestinian Authority, which was formed as part of the Oslo Accords of 1993-95, has grown over the years to include a legislative council. The leadership split in 2007 after Hamas won a landslide majority in the 2006 general elections, and divisions have remained to this day. The PA under Fatah has control over parts of the Palestinian territories, whilst Hamas holds power in the besieged Gaza Strip.

The PA has been exposed in the past for its torture of political activists at Jericho prison, with the journalist Sami al-Sai detained there in February 2017, allegedly because of his reported ties to Hamas.

As al-Sai recounted at the time,

“They strung me up from the roof of the cell with a rope tied around my arms, which were behind me. There was so much pain,” he said, noting that he was beaten on his feet with a hose during another interrogation session. “I couldn’t believe the pain…Afterwards, I couldn’t walk properly; I couldn’t reach out my arms.”[6]

Anas Barghouti, a Ramallah-based human rights lawyer, described the situation with PA stifling opposition and of using the Jericho prison for political rivals, “people face torture in many places when they are in [the] custody of the Palestinian Authority … Many people also face torture in Jericho, but what makes it different is that it is especially a place for political prisoners.” [6]

For the PA to break the spirit of Palestinians who are keen to protest against apartheid rule by ‘Israel’ – whilst perhaps not exhibiting a clear tendency one way or the other towards Fatah or Hamas – is counterproductive to the broader aim of achieving freedom from the Zionist regime. [7]

The nation was set for the first general elections in 15 years when an agreement was reached between Hamas and Fatah during February 2021 discussions in Cairo. The parliamentary and presidential votes were supposed to take place on May 22nd and July 31st, respectively. However, owing to President Mahmoud Abbas blaming ‘Israel’ for uncertainty over whether it will permit elections to take place in East Jerusalem as well as the West Bank and Gaza, he decreed that they be postponed. As a result, the state of the nation’s politics remains in disarray. [8] [9]