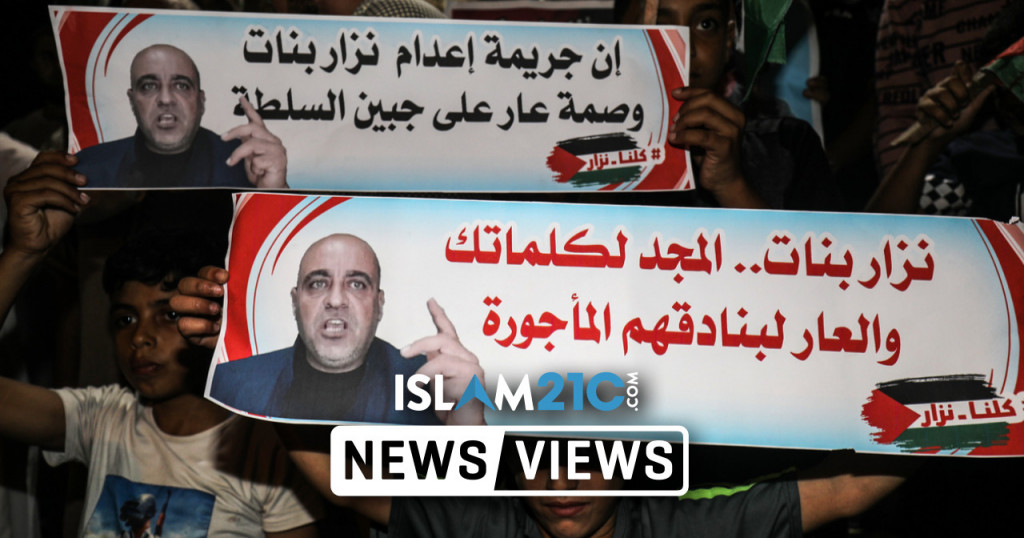 The late Nizar Banat was widely seen as one of the biggest critics of Palestinian President Mahmoud Abbas. Since his tragic death in the month of June, a number of journalists have stated that the Palestinian Authority (PA) – which governs parts of the occupied West Bank – has been clamping down hard on dissenting members of the press. It is a matter of utmost concern that journalists who take a critical stand against the party and its long-time leader Mahmoud Abbas now face higher rates of violence and harassment. Reporters have shared stories of being beaten and arrested, with their equipment being destroyed. Some have even reported seeing fellow correspondents killed as a result of espousing anti-PA and anti-Abbas views. [1]

The Palestinian Center for Development and Media Freedoms (MADA) reported in its regular press release for the month of June:

“[June] witnessed a dangerous and remarkable development, as the Palestinian violations, in a rare case, exceeded the Israeli attacks in terms of number, and for the most part, they were similar in danger to the lives of journalists and media freedoms in Palestine.” [2]

MADA’s report continued by detailing the number of violations by Palestinians, Israelis, and others for the four-week period:

The appalling development comes after the PA, which controls part of the occupied West Bank, was held responsible for the premature and shock June death of Nizar Banat. Banat was a prominent anti-Fatah activist, as well as a father-of-four. Recently, Banat had been leading calls for Western countries to cease financial support to the PA in light of its ever more dictatorial rule, in addition to recurring human rights violations. Earlier in June, the EU had agreed to provide 425 million dollars in loans to the PA and Palestinian banks due to the ongoing coronavirus pandemic. [3]

Two months following the death of the 43-year-old social activist, tremors have continued to be felt across Palestine, as family, friends, and members of the wider community accuse the PA of engaging in even more heavy-handed and authoritarian strategies against its political opponents. Banat was fervently against the long-serving PA President Mahmoud Abbas, and had been preparing to run in the planned (and thereafter cancelled) 2021 parliamentary elections. He had argued prior to his untimely death that the PA had become “a subcontractor of Israel”. [4]

There are numerous testimonies of the perilous situation that journalists now face as a result of being targeted by PA security forces. For instance, the account of freelancer Saja al-Alami describes how during a Ramallah protest in June, she came close to being attacked by plain clothes officers.

“I was surrounded by several men who tried to grab my camera, even though I identified myself as a journalist and was dressed in my press garb, but I managed to run away with the help of colleagues who stopped them from grabbing me and hitting me.” [1]

Security forces chased and harassed al-Alami to the extent that she was forced to take refuge in the women’s toilets inside a Ramallah shopping centre. She further added that out of fear for her life, she remained in a locked cubicle for over an hour before calling for help.

“Eventually they left, but I continued to hide in the toilet for an hour before phoning my colleagues, who were able to smuggle me out of the building that was full of police.” [1]

The Palestinian Authority is evidently struggling to contain the fallout from the death of Banat, who died in police custody after a brutal arrest in which he was beaten in his house by PA security forces. Twenty-five PA security agents had raided his home in the middle of the night.

These attempts to silence critics, which include journalists, have so far proven to be mostly futile. A Palestinian social sciences expert by the name of Halima Abu Haneya suggested that the increasing attacks on the press emerged from an “under-the-table decision” by top PA brass.

“It seems there was an under-the-table decision to silence journalists who are critical of the PA and whose work may create more public awareness as to the negative behaviour of some sections of the PA.

“Additionally, criticism of the PA further weakens an already very weak government and PA employees are afraid of losing their positions, power, and their employment.” [1]