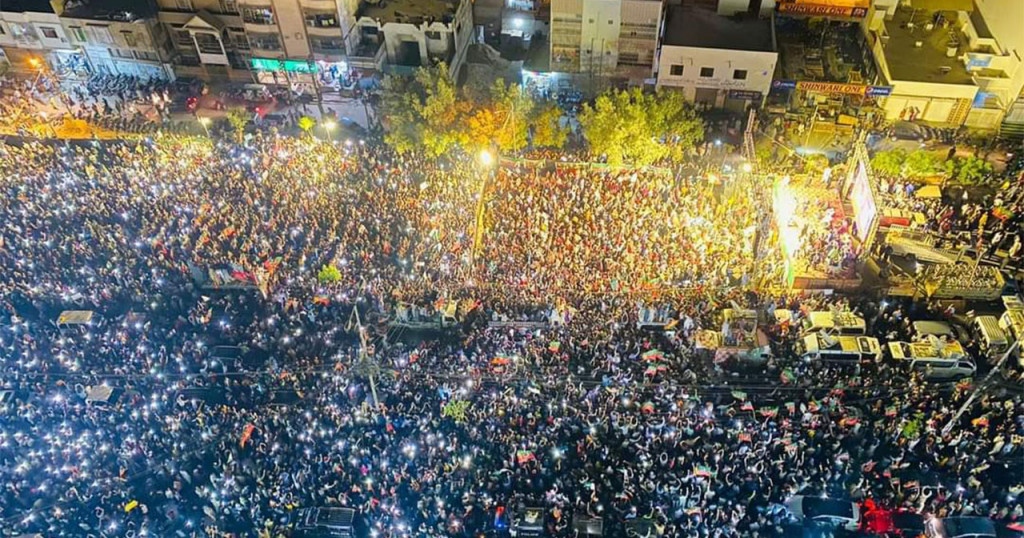 Pakistan’s National Assembly on Monday elected Shehbaz Sharif as the country’s new prime minister following a vote of no confidence that saw the ouster of the popular former leader Imran Khan.

Sharif, the younger brother of jailed former prime minister Nawaz Sharif, who is himself on bail pending a money laundering trial, was installed by parliament after securing 174 votes from opposition parties. Sharif will now be tasked with forming a new government that will administer the country until August 2023 when the next general election is expected.

“Mian Muhammad Shehbaz Sharif has been elected as prime minister,” said Sardar Ayaz Sadiq, acting speaker of the assembly, in a statement following the vote.[1] Shah Manhood was also installed as Leader of the House.

Sharif dismissed allegations by Khan that his ouster was devised by the United States and that Washington D.C. had paid off opposition parties as well as their National Assembly members to vote against Khan, stating “I will step down if there is an iota of evidence [against me].” [1]

On April 10th, Khan was ousted as Prime Minister following defeat in a vote of no confidence held by opposition parties in Pakistan’s National Assembly.

Khan had earlier dissolved the assembly, describing the motion to hold the vote of confidence as illegal, undemocratic and as part of a US-led conspiracy to ouster him, calling for the people to decide in a general election instead.

Pakistan’s Supreme Court, however, ruled against the dissolving of parliament and allowed the vote to go ahead. Khan, having lost his majority in parliament, had no chance of winning the vote. His loss was compounded by the defection of a number of his own MNAs—Pakistan’s equivalent of MPs.

Khan’s ouster as prime minister elicited scenes of protest and demonstration in cities across Pakistan. Supporters of Khan and his Pakistan Tehreek-e-Insaaf party flooded the streets of Islamabad, waving the party’s flag and calling for his reinstatement.

“The rallies have given the message that Khan was still a popular leader,” Zahid Hussein, a political analyst, said in an interview with Al Jazeera. [1]

Videos uploaded on Twitter show demonstrations and protests in their thousands taking to the streets in cities across Pakistan and voicing their support for Khan and their outcry against his ouster.

The protests, however, are not limited to Pakistan. Elsewhere in the world, people have made their feelings of disbelief and disgust against the removal of Khan well known. In the Irish capital Dublin, a large crowd gathered in the street, holding Pakistani and PTI flags and railed against “imported regime change” [3] in Pakistan.

In the US city of Houston in Texas, crowds gathered in the city’s main thoroughfare and chanted “Pakistan Zindabab!” [4] and called for an end to foreign meddling in Pakistan’s political affairs.

Khan himself has also been outspoken, calling on the people to defy the vote as well as the appointment of Sharif as the country’s new prime minister. Khan also praised those who had gone out into the street to voice their rage against the “undemocratic” moves of “corrupt” opposition parties and MNAs.

Watch: Pakistanis are kicking off