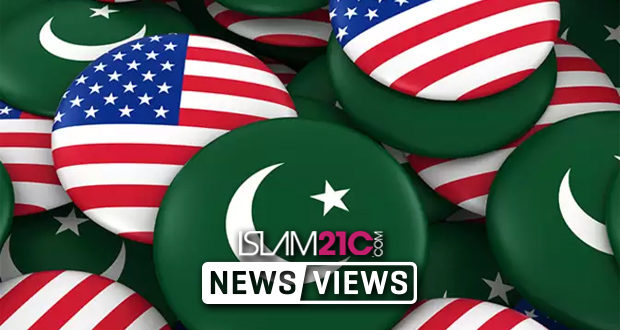 A day after Trump’s twitter outbursts against Pakistan, it announced it would ditch the dollar in favour of the Yuan for trade with Beijing.

In the summer of this year US president Donald Trump announced the “fight-to-win” security strategy which called on Islamabad to withdraw support for militants hiding on the Afghan border, warning Pakistan that they would have “much to lose” if they failed to comply.[1]

“We can no longer be silent about Pakistan’s safe havens for terrorist organisations, the Taliban and other groups that pose a threat to the region and beyond,” stated Trump.

Following months of heightened tensions between Washington and Islamabad, last week Trump launched a renewed attack on Islamabad saying Pakistan was providing “safe haven to the terrorists we hunt”.[2]

“The United States has foolishly given Pakistan more than 33 billion dollars in aid over the last 15 years, and they have given us nothing but lies & deceit, thinking of our leaders as fools,” he wrote. “They give safe haven to the terrorists we hunt in Afghanistan, with little help. No more!”[3]

Pakistan refuted Trump’s claims, stating that it was dedicated to a military operation to rid their territories of terrorists and that 17,000 innocent Pakistanis had been killed as a result of fights with militants, targeted killings and suicide bombings since 2001. The chaos caused by the so-called “War on Terror” has indeed plunged many parts of the country into chaos:[5]

The Pakistani Prime Minister’s office released a statement in response expressing their “deep disappointment” at the incessant accusations, criticisms and threats made by the Trump administration.

“Recent statements and articulation by the American leadership were completely incomprehensible as they contradicted facts manifestly, struck with great insensitivity at the trust between two nations built over generations, and negated the decades of sacrifices made by the Pakistani nation,” it said.

“We have said many times that Pakistan has put forth great effort and made great sacrifices in combating terrorism,” he said. “It has made a prominent contribution to global anti-terror efforts.”

There is a clear picture emerging of Pakistan, its long-standing ally China, and Russia rallying together against the U.S., with Pakistan’s foreign policy showing signs of strengthening relations with Russia.

In addition to this there is the issue of CPEC (China Pakistan Economic Corridor). This is of significant economic value connecting the rest of the world with China through Pakistan, which understood to have brought serious concern to neighbouring India.  The move is bringing Pakistan and China closer and will also potentially strengthen the economies of the two countries, despite some concerns about China’s influence over Pakistan.

Further to this China has promised $57Billion of investment in infrastructure and Energy in Pakistan.  A day after President Donald Trump criticised Pakistan on Twitter, the South Asian nation announced it would replace the dollar with Yuan for bilateral trade with Beijing.[6]

Simon Baptist, Asia regional director at the Economist Intelligence Unit said a statement regarding the strengthening relation between Pakistan and China:

“Pakistan and the U.S. have had a fraught relationship for years, but the big change recently has been China. [It] has really gone hard in cementing its existing relationship with Pakistan, it’s really the only place that’s seen significant investment under the Belt and Road initiative and China has been pushing for geopolitical advantage there.”[7]

2018-01-08
Ehsan Latif
Previous: Social Media and the Cyber Youth Crisis
Next: What Comes After ISOC Life?

Ehsan studied Engineering and holds a Masters' in Business Studies. He has worked for many years in the corporate sector and being a British Pakistani, is a keen observer of politics in Britain and Pakistan. He is passionate in his support for the political parties that he believes fight for justice and the rights of common people. He has been a keen supporter of Pakistan Tehreek e Insaaf (PTI) since its inception in Pakistan. He was born in Pakistan but moved to Britain over a decade ago.