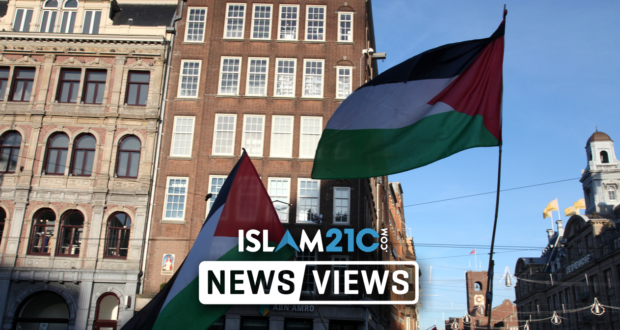 In a landmark case, the Supreme Court has ruled against the British government in its attempt to curb the pro-Palestinian Boycott, Divestment, and Sanctions (BDS) movement.

This latest ruling marks the end of a lengthy legal battle between the Palestine Solidarity Campaign (PSC) and the British government which began three years ago.[1] The PSC is an activist organisation based in the UK supporting the rights of the Palestinian people by working together for peace, equality, and justice and against racism, occupation, and colonisation.[2]

In 2016 the department for communities and local government issued guidance prohibiting ethical pensions that boycotted foreign states and/or the UK defence industry. This direction included an embargo against divestment from companies on the basis that they trade in products produced in occupied Palestinian territories.

The PSC initially sought a judicial review, which was won but then overturned by the Government at the Court of Appeal in November 2018. The PSC has gained support in its lengthy legal battle by Quakers, the Campaign Against Arms Trade, and War on Want.[3]

In commenting on today’s decisive victory, Professor Kamel Hawwash, the Chair of the PSC said:

“This historic victory represents a major win, not just for the campaign for Palestinian rights, but also for the fundamental principles of democracy, freedom of expression, and justice.”

“The Supreme Court ruling sends a decisive message to the UK Government that it should not be dictating how Local Government Pension Schemes choose to invest their funds, including choosing not to invest in companies complicit in Israel’s human rights abuses.”[4]

Leicester City Council, Swansea Council, and Gywnedd Council have all previously implemented boycotts supporting the BDS movement. Legal action had been taken against these councils by the Jewish Human Rights Watch, but these were subsequently dismissed by both the High Court and then the Court of Appeal in 2018. The councils were all cleared of anti-Semitism over the Israeli goods boycott.[5]

Commentators have likened BDS to the anti-apartheid movement (AAM), the movement against apartheid in South Africa in the 1980s. The AAM was the primary body that advocated for the boycott of South African goods.

Andrew Smith of the Campaign Against Arms Trade commented when the guidance was first issued in 2016:

“Throughout the 1960s to 1980s, more than 100 local authorities decided to ban South African goods from their offices and schools.”

“I can’t imagine any sitting ministers suggesting that any of these boycotts were with hindsight wrong or suggesting that they increased community tensions or led to council tax increases.”[6]

“Many local authorities, student unions and other public bodies played an important role in the campaign against the human rights abuses of apartheid South Africa. Today, such bodies should also be allowed to express their views on the suppression of the human rights of Palestinians.”

“In my opinion, what this current Conservative government is trying to do is a gross violation of local democracy, similar in intent to what Thatcher’s government did in the 1980s, when they passed legislation to prevent local authorities and other bodies boycotting trade and business with South Africa.”[7]