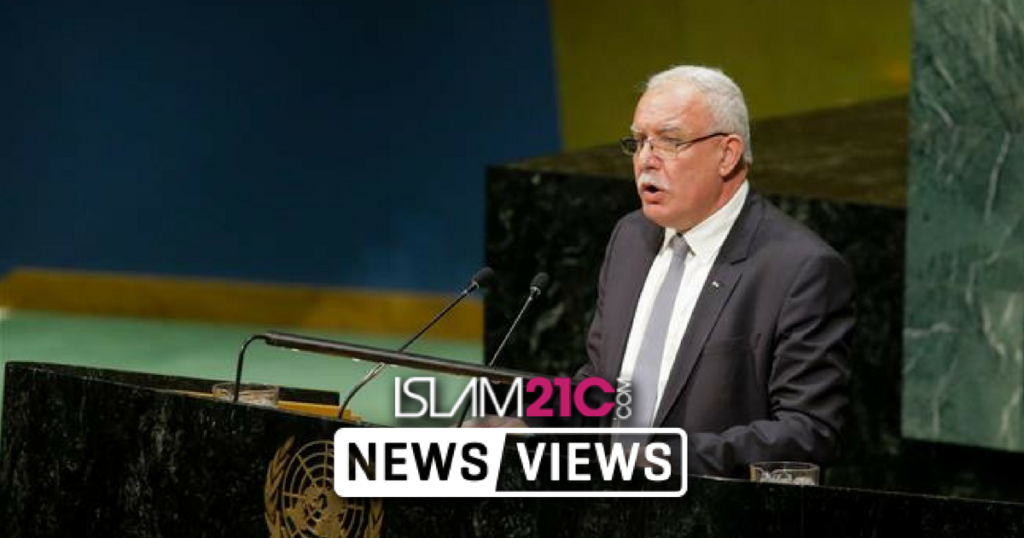 The Palestinian Authority (PA) this week submitted a referral to the International Criminal Court, calling for an immediate investigation into the atrocities routinely carried out by the Israeli Government.[1] The referral comes on the back of over 100 Palestinian deaths following weekly demonstrations at the Gaza border, in which Israeli forces used live ammunition on protesting civilians, bringing about worldwide condemnation of the Zionist state.[2]

“Through this referral, we want the Office of the Prosecutor to open, without delay, an investigation into all crimes that she presently concludes have been commissioned or are ongoing. This referral is Palestine’s test to the international mechanism of accountability and respect for international law.” [3]

“We believe there is ample and insurmountable evidence to that effect and we believe that proceeding with an investigation is the right and needed course of action. Further delaying justice for Palestinian victims is also tantamount to denial of justice.” [4]

Whilst the Israelis have never recognised the ICC’s authority, the fact that the “State of Palestine” was granted membership to the ICC in 2015 means that Israeli nationals can still be prosecuted for any crimes committed on Palestinian territories since June 2014, which includes Israel’s assault on Gaza that year. The ICC’s remit includes prosecuting those accused of genocide, crimes against humanity and war crimes,[5] and hence it is no surprise that the Zionist state has avoided its recognition.

The ICC has been looking at the matter for some years in what is a “preliminary examination”, but the move by the PA is expected to exert significant pressure on chief prosecutor Fatou Bensouda to progress to a full investigation, which she had previously been left to do on her own accord.

“If a state asks for an ICC investigation, it is much harder for OTP to stay in the preliminary examination phase for years. Referral creates expectations and signals willingness to cooperate, and therefore pushes OTP towards investigation. The referral has a real effect.” [6]

The move had been on the cards for some time, but it is believed that the PA delayed such action due to pressure from the US Government, and Israel’s threat to again withhold millions of dollars of tax revenues collected on behalf of the PA.[7] However it seems that the recent attacks on Gazan civilians and the US embassy move have finally pushed them to act.