#FREEPALESTINE
Home / Latest Posts / Palestine Expo 2019: a celebration and awareness of the Palestinian cause 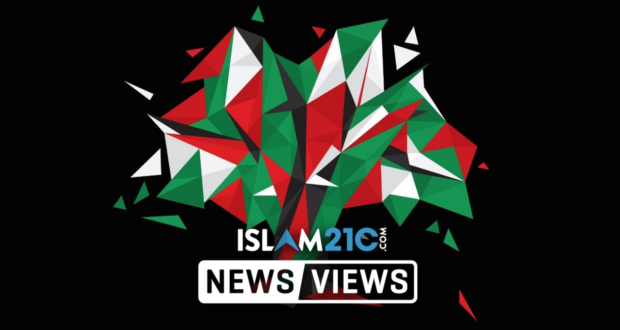 Palestine Expo 2019: a celebration and awareness of the Palestinian cause

The biggest Palestine event in Europe returned for 2019 last weekend in Olympia London, with thousands gathering to celebrate Palestinian culture and gain a deeper understanding of life under the occupation.

Organised by UK-based NGO Friends of Al-Aqsa (FOA), the expo was spread across two days and featured various exhibitions and talks. Prior to the expo, there had been reports of organisations trying to shut down the event. UK Lawyers for Israel (UKLI) had written to Olympia London, asking them to “cancel the event” and when the request was denied, the organisation then wrote to “three of Olympia’s German co-owners”, as the German Bundestag had recently condemned “the arguments and methods of the BDS movement [in which the expo promoted] as antisemitic”. [1] However, this did not prevent the Palestine Expo from going ahead without a hitch and racking up a total of 10,432 attendees.

The first set of floors held most of the exhibitions, with various stalls and activities for people to understand the Palestinian culture, such as a kunafe stall; a tech hub allowing attendees to virtually spray paint across the apartheid wall and walk through the Al-Aqsa mosque; an art gallery showing the everyday items banned from entering Gaza; performances from various creatives; and even an interactive bowling activity held by the Boycott, Divestment, and Sanctions (BDS), where attendees could knock down the apartheid wall.

Upstairs seemed to be where more of the ‘serious’ discussions took place. Specialist speakers took turns discussing a range of Palestinian issues, such as its colonial history; its representation in the media; cultural boycotts and BDS; understanding Islamophobia; and even the mental health trauma suffered by Palestinians.

On the list of speakers were various academics, journalists, activists, and MPs, including Chief Zwelivelile Mandela, Nelson Mandela’s grandson, an MP of the ruling African National Congress (ANC). In a conference titled Nation Law: Israeli Apartheid State, Mandela said that the 2018 Nation-State Law “confirmed what we have known to be the true character and reality of Israel: Israel is an apartheid state”. [2]

“Apartheid Israel perpetuates statutory discrimination through the very definition by the law as a Jewish state; by doing so it renders non-Jews as second-class citizens, alternately as foreigners in the land of their birth.” [2]

Hebron-based human rights activist Issa Amro was also in attendance at the expo, and in the conference for Settlements and House Demolitions, he described his activism against the demolition of Palestinian homes. Stating that the demolitions had “significantly increased” since Donald Trump became the US President, Amro added that the current ‘Israeli’ policy even required “some Palestinians to demolish their own homes”. [2]

Muslims and Palestinians were not the only speakers in attendance. The co-chair of Jewish Voice for Labour, Leah Levane, defined the difference between Zionism and Judaism in Britain, Zionism and Jewish Resistance to Israel. Having shut down claims of antisemitism for criticising the state of ‘Israel’ in the past, she said:

However, the most anticipated conference of the expo was Deal or Disaster of the Century. With the US President’s senior advisor and son-in-law, Jared Kushner, recently releasing the first half of his Middle East peace plan, the criticism surrounding the deal led to a huge turnout at this particular conference. The speakers on the panel included Haaretz journalist Gideon Levy, Al Sharq Forum President Wadah Kanfer, criminal barrister and human rights consultant Salma Karmi Ayyoub, Professor Joseph Massad, and ‘Israeli’ MP Yousef Jabareen.

Levy, in particular, criticised US efforts to resolve the Palestinian-‘Israeli’ conflict through investment. He said that if the deal were to be pursued, it would put an end to “all Palestinian rights and aspirations”, adding that a “global intervention” was needed to “put pressure” on ‘Israel’. [2]

“[Change] can happen only in the day that ‘Israel’ and ‘Israelis’ will pay for the occupation, we be accountable for the crimes…and as long as this does not happen, then nothing will change.” [3]

With these conferences and exhibitions demonstrating both the beauty of Palestinian culture and the need for a “global intervention”, it seems that the Palestine Expo succeeded in its aims. People were able to leave the expo having tried Palestinian food, having witnessed some of the reality that Palestinians face in the occupation, and having heard thought-provoking discussions by the various speakers and creatives.

On the success of the expo, FOA’s Head of Public Affairs, Shamiul Joarder, told Islam21C:

“Despite the obstacles faced in front of us to shut down Palestine Expo, we continued and were pleased that over 10,000 visitors came to Olympia London to celebrate Palestine.”

May Allāh (subḥānahu wa taʿālā) accept the efforts of those who organised and participated in the expo and may He continue to support them in their pro-Palestinian endeavours. Āmīn.

2019-07-09
Samera
Previous: Saudi Jeddah Fest: The Desperate Face of Liberalism
Next: Far-right criminal begs Trump to save him from jail