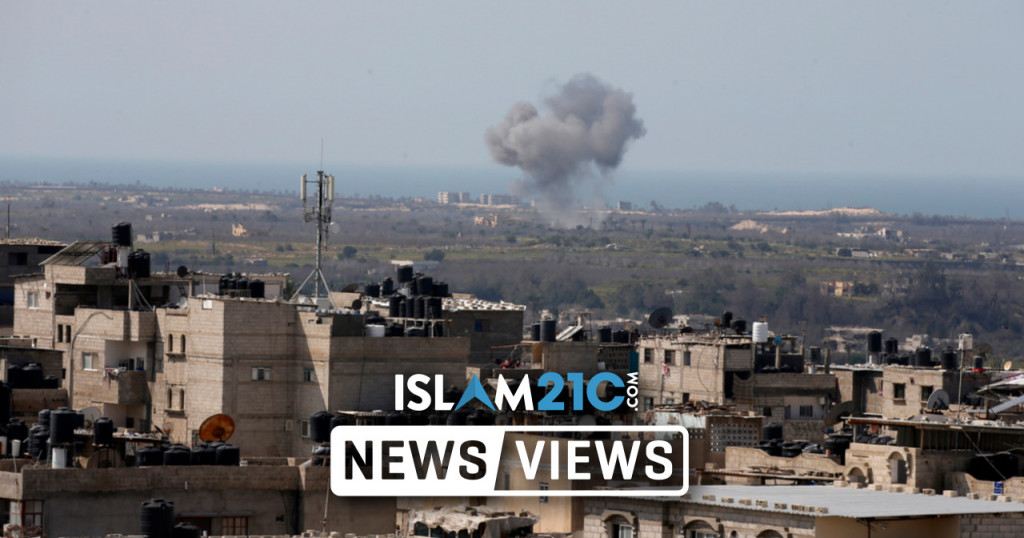 All praise be to Allāh – yesterday, a ceasefire was declared between Palestine and the so-called state of ‘Israel’, bringing an end to the latest period of escalation in violence from the decades-long oppression since the British effectively gave away Palestine to the Jews in 1917. [1]

Since yesterday, after 12 days of intense conflict, scenes across Palestine have been jubilant, with a widespread sense of relief and appreciation for this momentary peace. The Palestine Information Center released spectacular pictures of fighters belonging to the Islamic Resistance Movement, Hamas, returning home after what many in Gaza say was the defence of the honour of al-Aqsa, their people, and their nation. Al Jazeera shared photos of thousands taking to the streets to celebrate the truce. [2]

Yet it is difficult to consider this ceasefire without scepticism on the part of ‘Israel’, which has reneged on past truces. In July 2014, after a number of days of fighting between the Zionist forces and Palestinian defenders, Egypt proposed a ceasefire but ‘Israel’ thought it best to send in tanks and ground forces into Gaza. [3]

The ongoing persecution of our Palestinian brothers and sisters finds its roots back in 1917, when Britain—then in control of Palestine—signed an agreement under Prime Minister Arthur Balfour calling for the establishment of a “national home for the Jewish people”. Whilst Balfour’s letter noted and warned, “…nothing shall be done which may prejudice the civil and religious rights of existing non-Jewish communities in Palestine”, a mere 31 years later saw the creation of ‘Israel’ there, and with it the destruction of thousands of homes and the exodus of 700,000 Palestinians. To this day, there remain over 5 million displaced Palestinians, living as refugees mostly in the surrounding countries of Lebanon, Jordan, and Syria. [4]

In this latest round of attacks and provocations by the Zionist regime, there have been more than 250 Palestinian deaths, predominantly in the besieged territory of Gaza. Countless homes and offices have been levelled in airstrikes launched, as is often the case, without legitimate cause. Many hospitals and administrative buildings have been completely flattened, and people remain bewildered and angry at the fact that they have been attacked arbitrarily.

Despite the indiscriminate destruction of civilian infrastructure by Zionist war planes, Gazan man declares: 'there is no turning back, we are all with the resistance'.#PalestineBleeding #Palestinian #PalestiniansLivesMatter #PalestineUnderAttack #Gaza_under_attack_now #Gaza pic.twitter.com/nvUzYqLLwY

With barely a few hours having passed since the ceasefire was declared, cracks began appearing. On the day of Jumu‘ah, there had been renewed flare-ups in Masjid al-Aqsa, with Israeli riot police storming the compound shortly after prayers and reportedly firing rubber bullets and tear gas at worshippers. [5]

In addition, some commentators have been questioning the true motives of Israeli Prime Minister Benjamin Netanyahu for the rampant bombing of offices and homes in Gaza. Al Jazeera’s Hoda Abdel-Hamid noted that some political rivals of Netanyahu argue:

“It was just because the prime minister … is politically in battle. He hasn’t been able to form any kind of coalition governments in four elections in less than two years, so he was trying to get some personal political gain through this war.”

Indeed, it is the case that Netanyahu is a failing leader who is under indictment in Israeli courts for corruption charges, and having contested four elections in the past two years alone, has failed to reach a coalition agreement with the other political parties. Whilst Netanyahu’s position was looking ominous only last week, he now finds himself in a strengthened position in which one expert opined regarding the most recent violence between ‘Israel’ and Palestine, “I think he controlled how much oil he puts into the fire.” [6]

“From Netanyahu’s perspective, he’s looking only at his trial and his power base … This is where Israeli politics are at. It’s the political survival of this prime minister and not the public interest.” [6]

One Ummah is one of the UK charities providing lifesaving support to Palestinians. One Ummah are on the ground distributing tens of thousands of food packs, emergency aid and medical kits. You can help save lives. Click here to find out more.