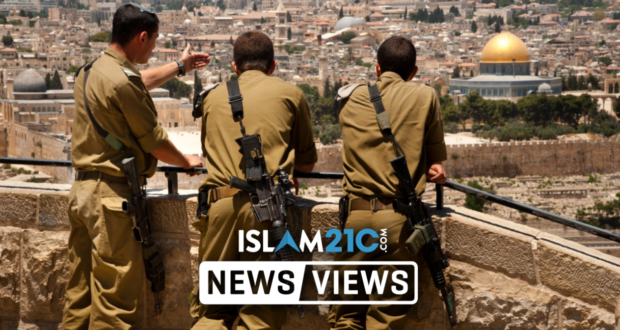 Israeli police in the occupied territories near the Old City in East Jerusalem have shot and killed an unarmed Palestinian man. The shooting occurred near the Lions’ Gate entrance to the walled Old City, an entrance used predominantly by Palestinians.

Iyad el-Hallak was named as the victim in the incident. El-Hallak attended and worked at a school dedicated for individuals with special needs. A relative reported that el-Hallak was mentally disabled and was on his way to the school in the Old City.[1]

Palestine’s official news agency, Wafa, reported that el-Hallak was the tragic victim of a number of bullets fired by the occupying Israeli police. El-Hallak was left on the ground, bleeding, until he died.[2] Local media reports also detailed that medical staff were prevented from accessing the area of the shooting.

The police later entered and raided el-Hallak’s home where members of this family were questioned.

Micky Rosenfield, spokesman for the Israeli police, said the officers ‘spotted a suspect with a suspicious object that looked like a pistol. They called upon him to stop and began to chase after him on foot. During the chase, officers also opened fire at the suspect.’[3]

Rosenfield later added that no guns or weapons were found.

El-Hallak’s body was later transferred to the Abu Kabir Forensic Institute in Tel Aviv, an institute notorious for its history of harvesting the organs and body parts of dead Palestinians.

This killing comes one day after Israeli soldiers killed a Palestinian man near the occupied city of Ramallah in the West Bank. The man allegedly attempted to ram the soldiers with his car. No occupying Israeli soldiers were wounded.

Tensions in the region have been heightened following Israeli officials expressing their hopes to extend their occupation to the Jordan Valley and vast swathes of the West Bank.

President Donald Trump previously provided the green light for the occupation following his widely condemned Middle East plan, which grants “Israel” the right to annex Israeli settlements and strategic areas of the West Bank. This is illegal under international law.

As the world looks towards the USA and the vile police brutality affecting the Black and African American community, it is important that we do not forget those in Palestine – and indeed the rest of the world – facing similar injustices. We must stand united to confront the challenges which the global systems of racism, repression and oppression present.