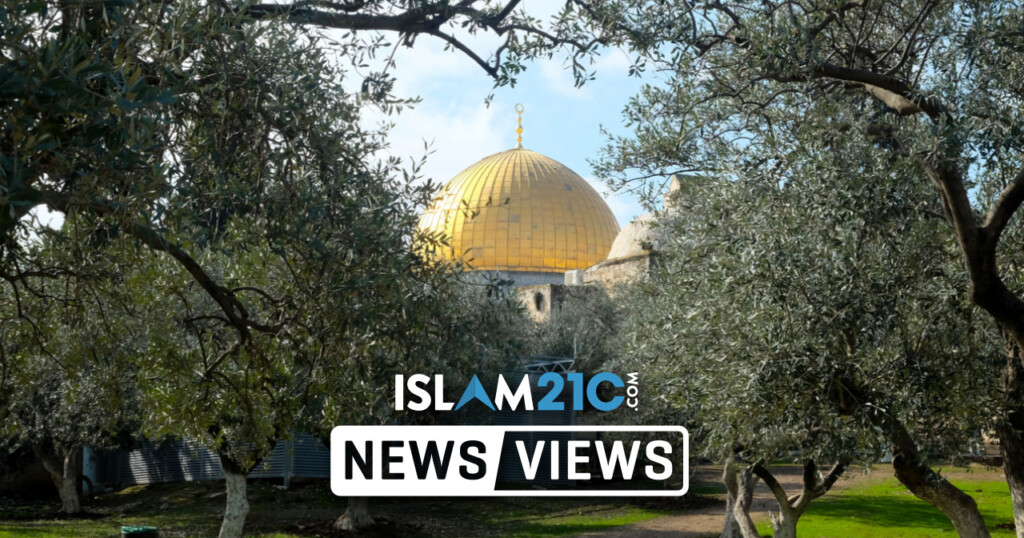 After the Czech Republic on Saturday controversially opened a new diplomatic office in the city of Jerusalem, Palestine as well as the Arab League of nations have responded harshly to the deliberately provocative move. [1]

The Secretary-General of the Arab League, Ahmed Aboul Gheit, said in a statement:

“The legal status of Jerusalem will be affected by the decision of one country or another to open representative offices. East Jerusalem is an occupied land under the International law.” [1]

In addition, Palestine’s Foreign Ministry argued that the development was “a blatant attack on the Palestinian people and their rights, a flagrant violation of international law…” [1]

On Thursday, the inauguration of the new premises was attended by both the Czech Prime Minister Andrej Babis and the Israeli Foreign Minister Gabi Ashkenazi, coincidentally just a fortnight following the decision by ‘Israel’ to provide 5,000 doses of the Moderna Covid jab in what is being dubbed “vaccine diplomacy”.

A similar move was made by the Zionist state in February, when due to a potentially embarrassing situation concerning citizens from both neighbouring Syria and ‘Israel’ finding themselves detained by the other country’s authorities, the Netanyahu government decided, on the suggestion of Russia, to pay in excess of $1m towards vaccine doses for the Syrian government’s use, in the hopes of it being seen as a bargaining chip. [2]

The Czech Republic’s insensitive approach in opening the new diplomatic branch further erodes the internationally accepted legal status of the city of Jerusalem. As Turkey warned earlier today, “We are concerned that the Czech Republic opened a diplomatic office in Jerusalem whose international status is guaranteed by UN resolutions.” The Turkish Foreign Ministry statement went further to add, “The move would serve the attempts to erode the status of Jerusalem, one of the main parameters of the Palestine-Israel conflict…” [3]

Jerusalem has a unique attribute in that all three of the monotheistic religions of Islam, Christianity, and Judaism have a strong association with the historic city. However, in his 1980 journal entry titled The Status of Jerusalem under International Law and United Nations Resolutions, published in the Journal of Palestine Studies, Henry Cattan notes, “Despite the fact that Israel has at all times been a military occupier, it has acted in Jerusalem as if it was a sovereign power.” [4] Cattan further added, “It has annexed both the modern section and the Old City, transformed its demography, physical features and historic character and taken several other measures in violation of the city’s legal status, of international law and of United Nations resolutions.” [4]

“The succession of illegalities which Israel has committed in Jerusalem culminated in the adoption on July 30, 1980 of a law which proclaimed the city its eternal capital. This action, which was condemned by the Security Council in its resolution 478 of August 20, 1980, by the Conference of Islamic States at Fez on September 20, 1980 and by world opinion generally, has created a highly explosive situation which threatens world peace and security.” [4]

The Czech Republic now joins Hungary as being one of only two EU states to have a diplomatic presence in Jerusalem. As for nations that have embassies in Jerusalem, only the US and Guatemala hold this distinction.

The EU, along with the UN, has long held the position that Jerusalem should be internationally governed in an approach that the UN terms corpus separatum (a separated body). This longstanding view was approved with a supermajority by General Assembly members in 1947 when Resolution 181 (II) was passed. [5] [6]

In related news, Kosovo is shortly set to join Guatemala and the US in opening an embassy in Jerusalem. The Muslim-majority state is set to further shock the world by inaugurating its embassy on Monday, after it became the only Muslim-majority territory to recognise Israel’s illegitimate claim of Jerusalem as capital city. [7]