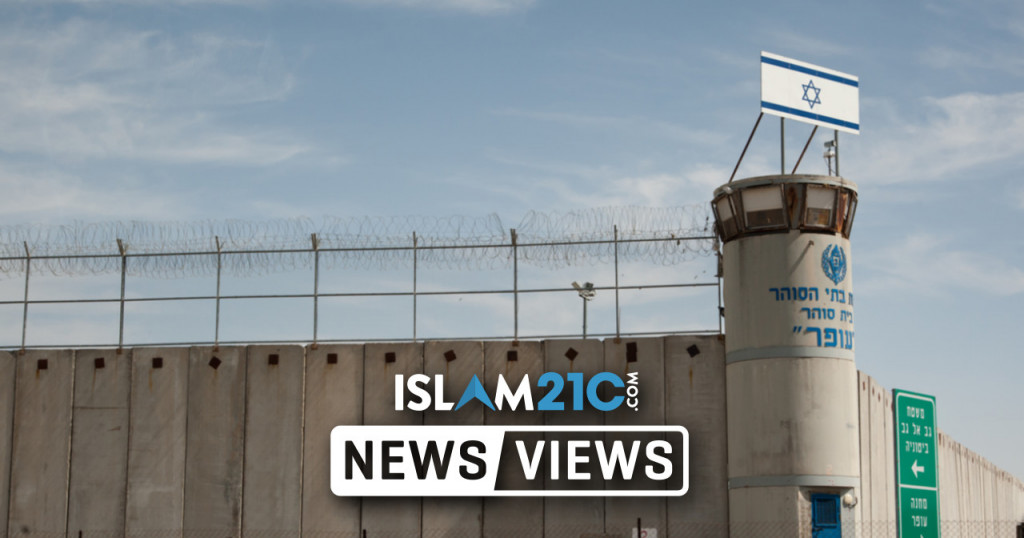 Yesterday marked the 47th annual Palestinian Prisoners’ Day. Honoured on this day are the many reported thousands of Palestinians who remain behind bars due to the Zionist regime’s desire to quash all resistance against its illegal occupation of Palestinian land. [1] [2]

Al Jazeera reported the tragic case of Mansour al-Shahatit, a Palestinian man who was completely robbed of his physical and mental health after spending 17 years in Israeli jails whilst being tortured and held in solitary confinement. Upon his release, al-Shahatit could not recognise his mother or brothers – such was his state of wellbeing.

“Mansour’s condition was much better at the time of his arrest, and I hold the Israeli occupation fully responsible for the health and mental deterioration … Mansour was punished twice – sentenced to 17 years in prison and the loss of his future because of his mental and psychological deterioration.” [1]

There are believed to be around 4,500 Palestinians incarcerated in ‘Israel’, of which 140 are alarmingly below the age of 18, in addition to 41 women. [3]

A day prior to the unwelcome anniversary, numerous human rights and prisoner support organisations revealed that the Israeli military had kidnapped at least 1,400 Palestinians since the beginning of 2021. The report – published by the Palestinian Prisoners’ Society, the Commission of Detainees and Ex-Detainees Affairs, the Center for Defense of Liberties & Civil Rights, and Wadi Hilweh Information Center in Silwan – noted that ‘Israel’ had allegedly made use of the coronavirus pandemic to increase its abuses against the prisoners, as well as weaponising the virus – 368 detainees have contracted COVID-19 whilst imprisoned. [4]

The report also suggests ‘Israel’ is making use of 23 prisons and detention camps, in addition to the housing of the abovementioned 140 children in the prisons of Damoun, Majeddo, and Ofer (as pictured above). [4]

According to Al Jazeera, there are close to 550 prisoners in considerably fragile health, with regular monitoring and healthcare required. The eldest prisoner, Fouad al-Shobaki, is 82 years old and suffers from cancer.

“The prisoners have their presence in all Palestinian life and they deserve from us all loyalty and continuous work to relieve them and their families because they sacrificed years of their youth for the freedom of Palestine.” [1]

The Palestinian Foreign Ministry released a statement praising and recognising those who have fought to defend Palestinian people’s rights. It also highlighted the way in which ‘Israel’ “must be held accountable for its persecution of the Palestinian people, including its system of mass and arbitrary detention” as a result of being an occupying power under Article 4 of the Fourth Geneva Convention. [5]

“This military ‘court system’ that has imprisoned hundreds of thousands of Palestinians, including children, is an illegitimate tool of oppression that fails to meet the minimum standards of due legal process and fair trial by design. It is an integral part of the widespread and systematic attack against the Palestinian civilian population, intended to destroy the Palestinian national and social fabric, in violation of the Fourth Geneva Convention, the Rome Statute, and human rights laws.” [6]