Palestine to halt all agreements with ‘Israel’, says President Abbas 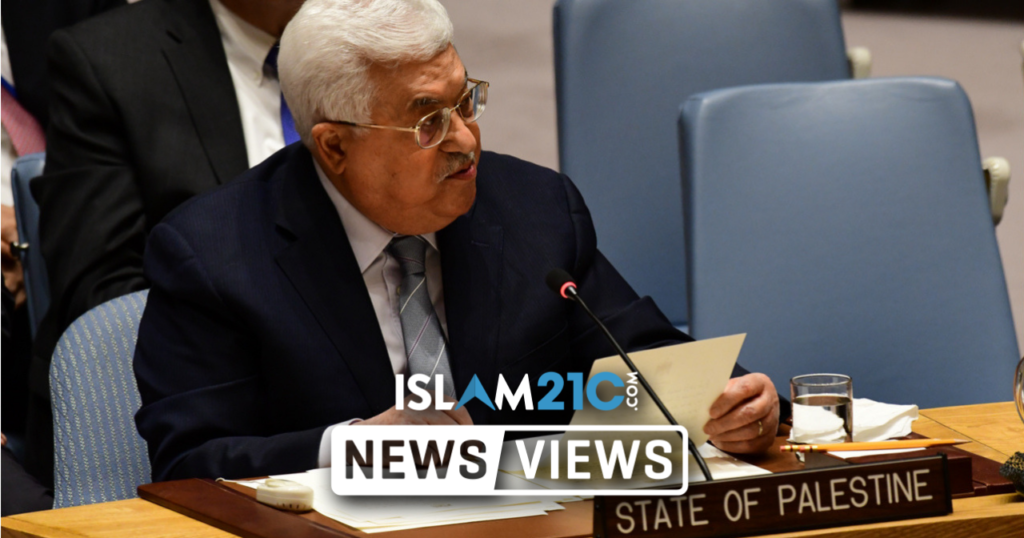 Palestinian President Mahmoud Abbas has said that Palestine will no longer cooperate with ‘Israel’ and will not abide by agreements signed during the failed Oslo peace process 25 years ago.

The announcements were made amidst heightening tensions between Palestine and ‘Israel’ after occupation forces demolished a number of Palestinian homes in occupied Jerusalem this week. The illegal demolition left 17 Palestinians homeless.

In a statement, the president said:

“In light of the insistence of the occupation authority [Israel] to deny all the signed agreements and their obligations, we announce the decision of the leadership to stop working in accordance with the agreements signed with the Israeli side.”

He also added that they would not ” bow to dictates and imposing a fait accompli by force in Jerusalem and elsewhere”, stating that a committee would be set up to implement the president’s decision and to ensure that all cooperation ceases.

On Thursday, the Palestine Liberation Organisation (PLO) held an emergency meeting following the demolition of Palestinian homes, which declared the occupation’s move as an act of “ethnic cleansing” and showed that ‘Israel’ continues to ignore the agreements it signed with Palestine.

On Monday, bulldozers accompanied by occupation forces entered the village of Sur Baher and demolished several buildings. According to the occupation forces, the buildings were apparently “illegally” constructed and were too close to the illegal wall built by the occupation. Palestinians argue that they obtained the required licenses to build their homes.

Palestinians also argue that the occupation forces are using the excuse of security to demolish Palestinian homes and thereafter construct illegal settlements for illegal settlers, which is illegal under international law.

During the PLO emergency meeting, it was also confirmed that the Cairo 2017 Agreement, brokered by Egypt that would see the reconciliation between all Palestinian political parties including Hamas and Fatah, would be implemented.

Hamas, the political party that administrates the occupied Gaza Strip, has supported Abbas’s decision to suspend all cooperation with ‘Israel’ and described it as a step in the right direction.

Hamas added in his statement that “the Palestinian people are looking forward to an urgent translation of these decisions into actions”.

Under the failed Oslo peace plan, the PLO would administrate the occupied West Bank and Gaza Strip and would cooperate with ‘Israel’ on a range of issues, including security and economic agreements. However, continued illegal settlement expansion in the West Bank by ‘Israeli’ illegal settlers and the continued oppressive ‘Israeli’ blockade on the Gaza Strip means there are no prospects of peace for the Palestinians.

All Israeli settlements in the West Bank are illegal under international law and have received unanimous condemnation from the international community including the United States, ‘Israel’s’ closest ally.

Muhammad Mussa
DEMOLITION OSLO ACCORDS PALESTINE
Share. Facebook Twitter LinkedIn Email Telegram WhatsApp
Previous ArticleUnscripted #12 | We joined HT for REAL this time with Dr. Abdul Wahid
Next Article Hekmatyar: “If you have the courage and strength, test your power on Russia’s Putin, not on innocent Afghans”