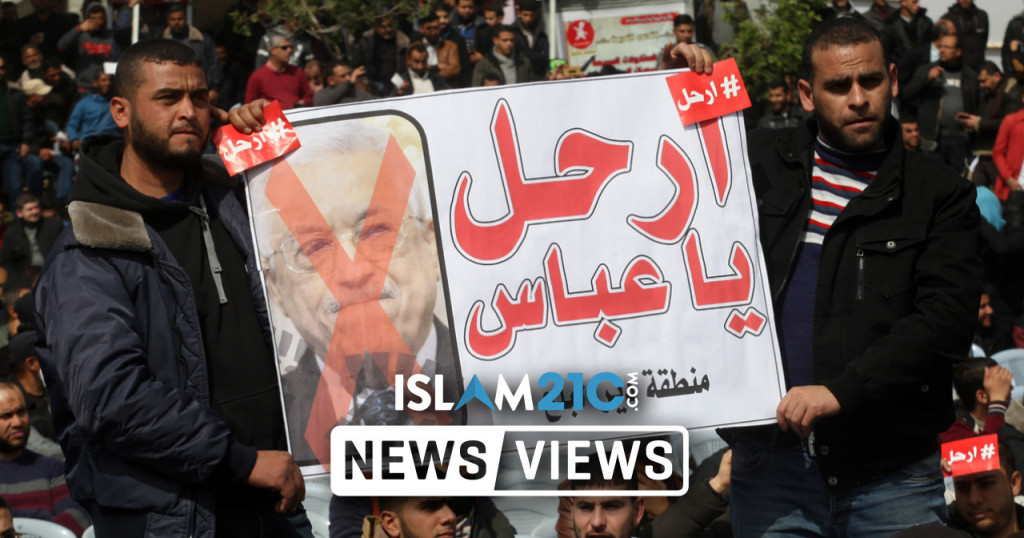 The Palestinian Authority (PA), which rules part of the occupied West Bank, has been blamed for the death of a prominent anti-Fatah campaigner. Nizar Banat, a father of four, had been calling on Western nations to revoke all forms of financial aid to the PA, in view of its ever more authoritarian rule and repeated human rights violations. Despite these calls, the European Union recently decided to provide 425 million dollars in loans to the PA and Palestinian banks, in light of the raging coronavirus pandemic. [1]

The PA has proven yet again that it is but an arm of the Israeli occupation. The same regime that “coordinates” with the IOF to go into Palestinian refugee camps and extrajudicially execute Palestinians is also killing critics of its authoritarian mob rule. Abolition now.

The death of the 43-year-old social activist has sent shockwaves across Palestine, as family, friends, and prominent members of the wider community accuse the PA of engaging in increasingly heavy-handed and dictatorial tactics against its political opponents. Banat was vehemently opposed to the long-serving PA president Mahmoud Abbas, and had even been preparing to run in the planned (and subsequently cancelled) 2021 parliamentary elections. He went as far as arguing that the PA had become “a subcontractor of Israel.” [2]

Outspoken critic of the Palestinian Authority, Nizar Banat, 44, who intended to run in parliamentary elections before they were cancelled died during his arrest by PA forces.

He called on Western nations to cut off aid to PA over its authoritarianism & human rights violations. pic.twitter.com/EJbo7IQsR6

Elections had been scheduled for the month of May, and were in principle agreed upon by both major political parties, Hamas and Fatah. However, Abbas decided to cancel the long awaited electoral contest due to a dispute surrounding voting rights for people living in Israeli-occupied East Jerusalem. The last general election in the Palestinian territories took place in 2006, with Hamas earning a landslide victory. In subsequent years, however, the two political rivals have seen their dispute intensify. Ongoing issues of contention include the control of the armed forces, the Rafah Crossing, the leadership of the Gaza Strip, and the death of late President Yasser Arafat. Disagreements in these matters have created a sharp schism between the two parties, thus barring the formation of a united front against the apartheid state of ‘Israel’. [3] [4]

Following the death of Banat, thousands gathered in the city of Ramallah and other areas of Palestine, demanding the immediate resignation of Abbas from the post of presidency. Demonstrators in the city’s main square of al-Manara could be heard chanting, “The people want the downfall of the regime.” Heavily armoured PA forces pushed protestors back with the use of tear gas. In response, the protesters accused security forces of being “traitors”.

Thousands of Palestinians are marching against the Palestinian Authority, after the death of Nizar Banat, a well-known activist who accused Mahmoud Abbas and the PA of corruption. Banat died after being arrested by PA security forces. Palestinians are now demanding Abbas resign. pic.twitter.com/jB5NytaaQI

In an interview with reporters, Banat’s family recounted with horror the very last moments of the late activist. They stated that around 25 PA security forces raided their Dura home in the early hours of Thursday, and began brutally beating Banat. He was reportedly struck on the head with batons and metal rods numerous times. In a futile attempt to avoid this brutality, Banat tried to seek refuge inside a vehicle.

After his death was publicised, the official version of events presented by the Hebron governorate failed to acknowledge that Banat was beaten by police forces. Instead, it provided the following benign account: “During the arrest his health deteriorated.” This version is contradicted by what Banat’s family relayed to Al Jazeera’s senior foreign correspondent Stefanie Dekker. The family was explicit that the well-known activist had no known prior health conditions, so there would be no reason to believe that his health “deteriorated” in any way.

The governor of Hebron, Jibreen al-Bakri, flatly ignored the family’s version of events, and instead provided the following account:

“He was immediately transferred to the Hebron Government Hospital. After he was examined by doctors, he was pronounced dead.” [1]

In a May interview with the Associated Press, Banat warned European nations to be more mindful of their financial aid recipients.

The late activist gave the following word of caution: