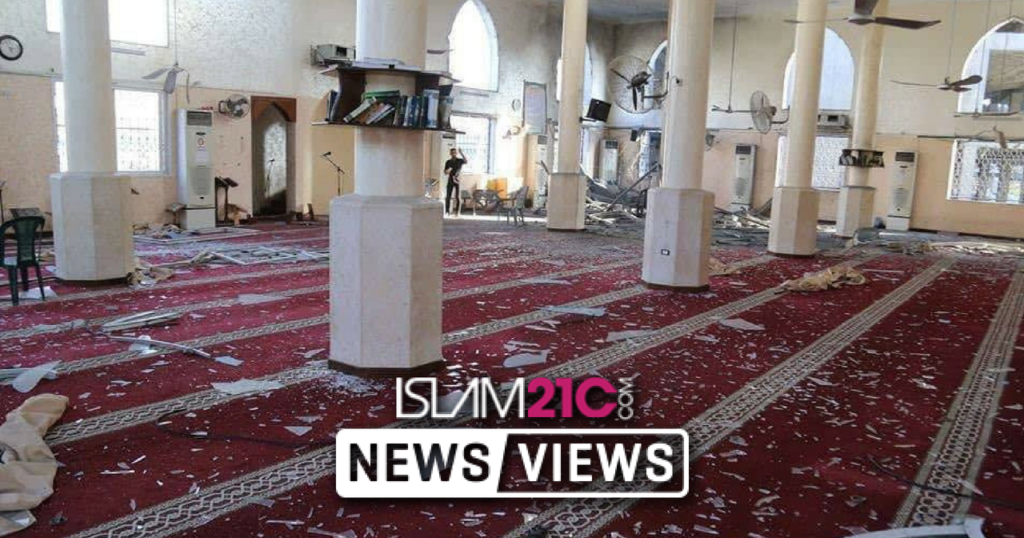 At least two teenaged Palestinians have been martyred by Israeli air raids on Gaza.[1] The Israeli bombs dropped on the civilian populated area wounded a further 12 people.

Amir al-Nimri and Luay Kaheel, 15 and 16 respectively, died from their wounds soon after being rushed to hospital earlier today.

The two boys where martyred after Israeli fighter jets bombed the al-Kutaiba area in western Gaza, according to the Palestinian health ministry.

According to eye witnesses, the area targeted by Israeli jets is home to a public park which is heavily visited by families over the weekends particularly in the summer months.[2]

Maram Humaid, a Journalist based in Gaza explained:

“That’s why so many civilians have been hurt in the latest strike.”[3]

One report reveals that a 14-year old girl was amongst the many injured, receiving wounds to her legs, whilst another girl received wounds to her face from shattered glass after the blast.[4]

Time and time again Israel has been slammed for its consistent inexcusable targeting of civilians, particularly children.[5] One NGO report which shames Israeli for ‘waging war’ on children details how thousands of children have been left permanently disabled by Israeli violence.[6]

In a twitter post the IDF claims to have “warned residents of the building in advance.” [7] However the IDF does not indicate it took any measures to safeguard civilians in the park at the time.

Rather than deny targeting the civilian populated area the IDF bragged that the strike was “one of the many examples of the IDF’s intelligence and operational capabilities” a statement suggesting the intent behind the targeted strike.[8]

In the boastful social media post the IDF alleges that the area contained a concealed tunnel part of a “Hamas terror tunnel network”. However, the aerial footage of the strike shows no sign of digging or military activity.

Witnesses of the attack told Al Jazeera that the two boys martyred in the attack where playing on the roof of the semi abandoned building.

The latest deaths come after the Israeli occupation has continued to escalate tensions in the besieged Gaza strip.  Earlier today Israeli air raids targeting Gaza neighbourhoods injured a further two civilians bringing the total number of wounded this weekend to 14.

Since dawn, Israeli warplanes raided numerous targets in four compounds belonging to Hamas. Hamas says it has launched rockets and mortars in response to the airstrikes.

Hamas rocket fire has targeted illegal Israeli settlements adjacent to Gaza, which have been built on land illegally usurped by Israel in 1948.

The air raids have come following mounting provocation by Israel since the beginning of March when scores of unarmed Palestinian civilians were killed with live ammunition during peaceful protests. The protests themselves where incited following the inflammatory decision of Donald Trump to move the US embassy to Jerusalem, showing his support for Israeli’s annexation of the Palestinian capital.

Since May, the death count of Palestinian civilians has continued to mount, with the number of those injured and maimed now in the thousands.