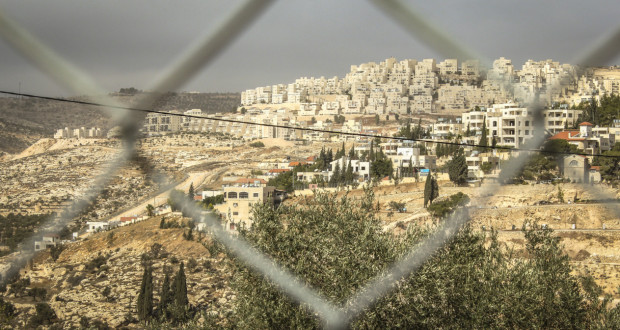 Israeli occupation forces on Wednesday have approved the construction of thousands of illegal colonial settlements in the occupied West Bank and East Jerusalem. The initial affirmation and its subsequent implementation would see the expansion of the occupied city’s municipal boundaries, and one that would increasingly encroach on the already shrinking Palestinian territories.

Palestinians have decried such plans and have called on the US, as well as other international powers, to intervene and prevent further construction of illegal colonies on Palestinian land.

A statement from the Palestinian Foreign Ministry read:

“This settlement plan aims to conclude the separation of Jerusalem from our outlying Palestinian area…in a bid to Israelise it, Judaise it and annex it.” [1]

In addition to their calls for support, the Foreign Ministry called on the international community “to immediately intervene to stop these colonial projects and plans”. [1]

The Israeli-run Jerusalem Municipality rubberstamped this new colonial project, which would see the construction of a new eastern ‘neighbourhood’. The district will traverse the apartheid wall and encroach onto Palestinian land.

The proposed area for colonisation is located in the occupied West Bank, and lies between the Palestinian neighbourhood of Beit Hanina and the heavily fortified occupation military checkpoint of Qalandiya.

The occupied area was meant to serve as a Palestinian tourism zone under former US President Donald Trump’s Middle East peace initiative. In the past, it served as the now defunct Qalandiya airport, while Israelis refer to it as Atarot.

According to the plan, which is yet to receive further approval, up to 3,000 illegal colonies will be built in this area of occupied Palestine. A further proposal of an additional 6,000 settlements will be presented at a later date.

Under international law, the construction of colonies on occupied Palestinian land is illegal. In fact, a number of UN resolutions have been passed to hold Israel to account. Occupation forces, however, have and continue to ignore all calls for a cessation of illegal construction.

According to the now defunct Oslo Accords, of which Israel is signatory to, East Jerusalem was to serve as the capital of a Palestinian state, which would have consisted of the occupied West Bank and Gaza Strip. Despite its prior agreement, Israel is now moving to make Jerusalem its indivisible capital.