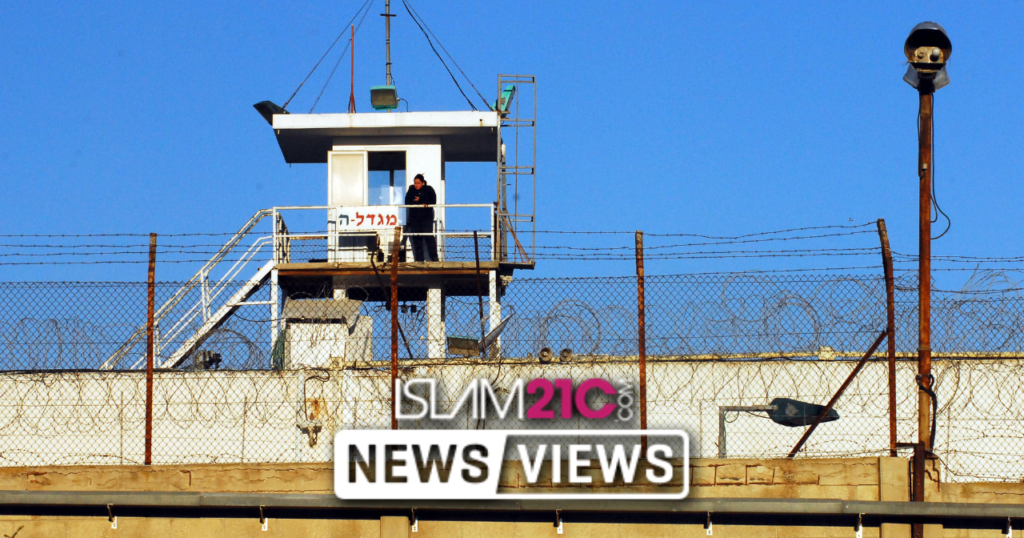 Hundreds of Palestinian captives held in jails throughout “Israel” are preparing to launch a mass hunger strike over Israeli proposals to worsen prison conditions for detainees.

“These measures are a declaration of war that marks a new phase of our struggle” said the captives in a joint statement, adding that their decision was a response to a “new level of oppression”. [1]

The Palestinian captives also called on Palestinian political parties, factions and activists to unite and stand in solidarity with them and to draw attention to their plight by staging nationwide rallies.

The vow to go on hunger strike is in response to Israeli plans to worsen prison conditions, which human rights activists globally argue are worse enough presently.

Israel’s Public Security Minister Gilad Erdan announced the measures last week and the Israeli cabinet is expected to endorse the policy and enforce it throughout all Israeli prisons. [2]

The policy of worsening prison conditions includes rationing water supplies to captives, limiting the number of showers they will be able to take and reducing the number of visits from families of captives.

The most contentious of these changes however is ending the policy of separating Hamas captives from those affiliated with the rival Fatah faction and according to Amjad al-Najjar, the spokesman for the Hebron-based Palestinian Prisoners Club, “this has worried prisoners the most”. [3]

“This may cause fights to break out which could even lead to killings inside the prisons – especially in light of the current political climate,” al-Najjar added. [4]

Commentators argue that the recent measures are a political tool being used by Israeli politicians who are looking to increase support from the electorate by taking an even tougher stance against Palestinians, who are routinely demonised and dehumanised in Israel’s right-wing politics.

“As [Israeli Prime Minister] Benjamin Netanyahu’s Likud party heads into the election, they are no doubt seeking to show they are even tougher on Palestinians,” said Nadia Hijab, director of the Palestinians Policy Network.

According to the Prisoner Support and Human Rights Association, the number of Palestinians detained in Israeli jails has reached 5,500, of whom 230 are children and 54 are women. [5]

According to human rights groups, over 1,800 Palestinian captives are in need of medical care and 700 are suffering from serious illnesses. [6]

News Editor
Share. Facebook Twitter LinkedIn Email Telegram WhatsApp
Previous ArticleIslamophobic networks engrained within government’s CCE, exposed in latest CAGE report
Next Article Op-Ed: Prevent and the CCE are one and the same and both must be boycotted