Panjshir Valley: Taliban announces victory as it calls for end to war 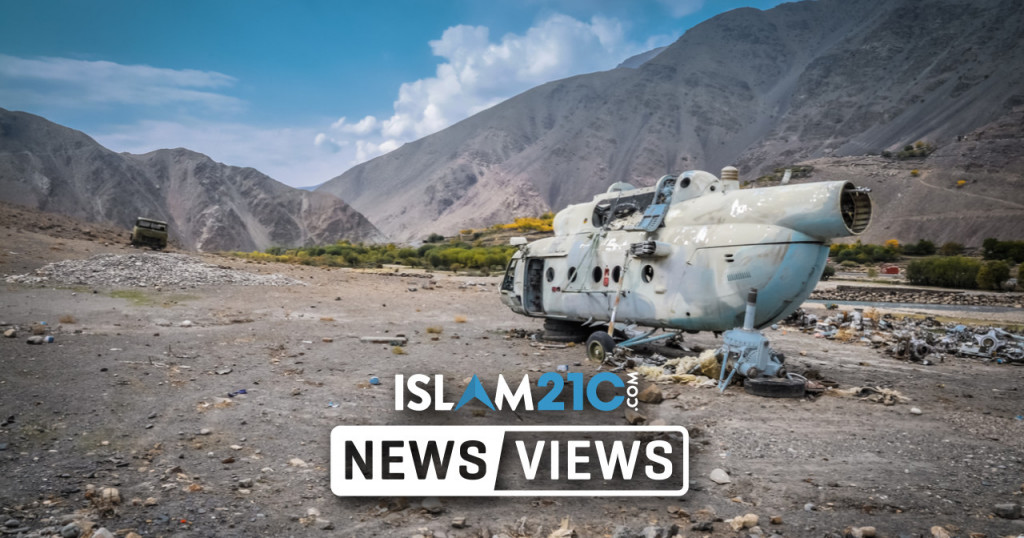 Zabihullah Mujahid, a spokesman for the Taliban, in a press conference in Kabul said the war has ended. He further added:

“The people of Panjshir are our brothers, and they will have all the rights enjoyed by the rest of the Afghan people, and there will be no discrimination in dealing with them.”

Taliban officials say the group will now reveal plans imminently for a new government, which was rumoured to have been pending on the conquest of Panjshir. The Taliban has invited Turkey, China, Russia, Iran, Pakistan, and Qatar to participate in its government announcement day.

While the Taliban dramatically seized control of the majority of Afghanistan nearly a month ago, one particular region continued to elude their grasp: the Panjshir Valley. The area is well known for its natural geographical defences, thanks to its formidable sharp-tipped mountain peaks that flank the Valley from both sides. It has never been militarily taken by former belligerents, including the Soviets, the Americans, and even the Taliban. In recent days, reports of intense fighting in the province have widely circulated, with opposing accounts being released by the Taliban and the main anti-Taliban collective, known as the National Resistance Front (NRF). [1]

In a reflection of the conflicting reports being circulated, on Sunday the NRF militia claimed to have surrounded “thousands of terrorists” in the Khawak Pass. Meanwhile, a Taliban spokesman by the name of Bilal Karimi said that the group had seized five out of the province’s seven districts, including Unabah, Darband, and Khinj.

The NRF is in essence the successor association to the Northern Alliance, which was a collective of armed groups that opposed the Taliban between the years 1996 and 2001. Indeed, the NRF has been referred to as the “Second Resistance” or “Resistance 2.0” by some political commentators. [2]

Due to the inability to produce verifiable accounts from either the Taliban or the NRF, it is incredibly difficult to accurately ascertain the latest events in Panjshir. However, of concern are the eventual consequences of a prolonged conflict between the “Islamic Emirate of Afghanistan” and opposition forces loyal to Ahmad Massoud. The latter is the son of iconic commander Ahmad Shah Massoud.

The US chairman of the Joint Chiefs of Staff, General Mark Milley, emphasised the perilous and evolving situation with the following remarks:

“My military estimate is, is that the conditions are likely to develop of a civil war. I don’t know if the Taliban is going to be able to consolidate power and establish governance.” [1]

General Milley further warned that if the Taliban are indeed unable to “consolidate power”, it would potentially give rise to “a reconstitution of Al Qaeda or a growth of ISIS or other myriad of terrorist groups”. [3]

Panjshir is nestled in the Hindu Kush Mountains, 78 miles to the north of the Afghan capital Kabul. Historically speaking, it has long been a hub for resistance groups. The region enjoys a unique topographical advantage that requires any incoming invaders to enter or attack through a narrow gorge – thus exposing them to defensive retaliation from within the Valley. The late Ahmad Shah Massoud is heralded as one of the most successful Afghan military commanders during the Soviet occupation of Afghanistan between the years 1979 and 1989. Between 1980 and 1985, Massoud’s forces thwarted at least nine Soviet offensives that aimed to take control of the Valley. Despite the USSR employing sophisticated aerial units, which included helicopters, planes, and ground troops, they were left humiliated on numerous occasions. Massoud’s men often allowed Soviet forces into the valley, only to then cut them off with a barrage of fire from higher vantage points in the mountains. [4]

In a recent op-ed for The Washington Post, the son of Ahmad Shah Massoud said he was “ready to follow in [his] father’s footsteps”. His piece further reads:

“I write from the Panjshir Valley today, ready to follow in my father’s footsteps, with mujahideen fighters who are prepared to once again take on the Taliban. We have stores of ammunition and arms that we have patiently collected since my father’s time, because we knew this day might come.

“We also have the weapons carried by the Afghans who, over the past 72 hours, have responded to my appeal to join the resistance in Panjshir. We have soldiers from the Afghan regular army who were disgusted by the surrender of their commanders and are now making their way to the hills of Panjshir with their equipment. Former members of the Afghan Special Forces have also joined our struggle.” [5]

The unfortunate situation in Panjshir and the surrounding provinces has alarmed local residents. Al Jazeera reports that at least 400 families have already fled from a number of villages that lead to Panjshir, as they fear the unknown of what may be yet to come.

One resident by the name of Habib Golbahar described the financial hardship he has faced by defensively moving his family to a less volatile location. He noted that the cost of moving almost drained his entire pot of savings. Golbahar added that citizens in Parwan province – to the west of contested Panjshir – “are struggling to find even 100 Afghanis [$1.13]” due to nationwide economic collapse and the difficulty that banks currently face in supplying cash.

Golbahar made a particularly poignant point that highlighted the difficult position Afghans are in, particularly those who do not have any interest in picking sides:

“They could fight for another 10 years killing each other, but we will all die of hunger well before.” [6]

Earlier this week, a Taliban commander told the Qatari broadcaster that the group is unwilling to go into Panjshir with full force due to concerns over civilian injuries and deaths. The unnamed commander told Al Jazeera:

“We don’t harm one civilian, otherwise we would go all-in and this would all be over in two days, but we don’t want the poor, innocent people to suffer any more.” [6]