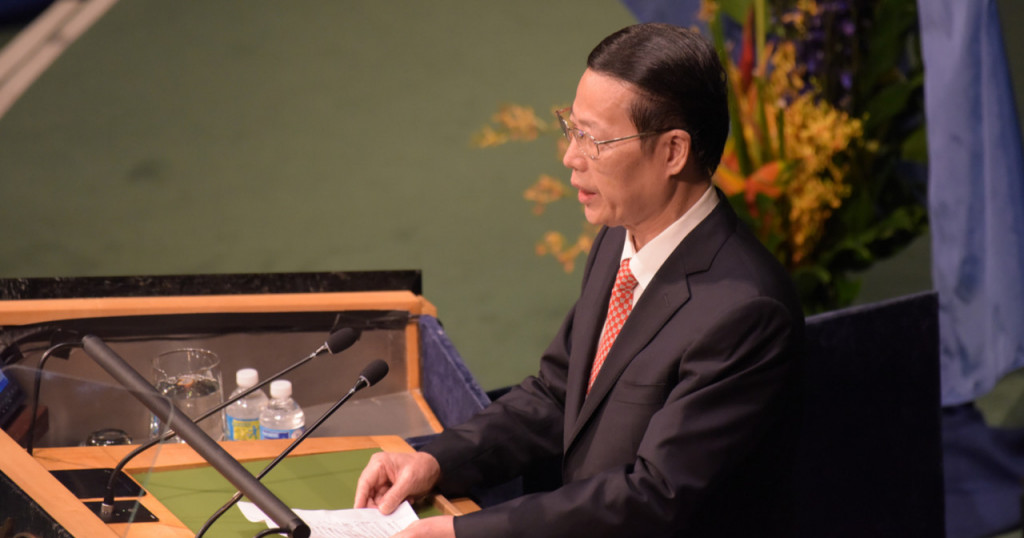 The Chinese government finds itself under heavy pressure from the White House and United Nations, in addition to the respective principal women’s and men’s world tennis bodies, the Women’s Tennis Association (WTA) and the Association of Tennis Professionals (ATP). All of these organisations and bodies seek assurances as to the safety of renowned tennis professional and former doubles world No. 1 Peng Shuai. Rather worryingly, the player has not been verifiably heard from since releasing damning allegations of sexual misconduct against a former leading member of China’s ruling elite, former vice-premier Zhang Gaoli. Peng Shuai had published a social media post on the Chinese Weibo platform on 2 November, in which she accused Zhang Gaoli of coercing her into a sexual relationship. Over three weeks on, family members and fans alike remain concerned for the tennis player’s wellbeing. [1]

Parallels can be drawn between the disappearance of Peng Shuai and the plight of the Uyghurs in East Turkestan. Indeed, there are believed to be up to nine million Uyghurs whose whereabouts are unknown. [2] While global media outlets have plastered the case of Peng Shuai onto their front pages, there was barely any mention of last Saturday’s Stand4Uyghurs demonstrations in London and Manchester. [3] The stark contrast begs the question: is the life of a single sporting professional worth more than the lives of nine million Uyghurs? Needless to say, the Chinese authoritarian government must provide assurances that the tennis star is alive and well, but there is certainly room for mainstream media outlets to be less selective in their reporting.

In her open statement on Weibo, Peng Shuai stated that she had shared a consensual intermittent relationship with Zhang Gaoli for a period of ten years. The 35-year-old tennis professional then accused the former Politburo member of forcing her into sexual relations three years ago.

China’s censorship of the internet is no secret; the country has censors that work round the clock to maintain an aura of obedience and allegiance to the ruling organisation, the Chinese Communist Party (CCP). Thus, within half an hour of Peng Shuai’s 2 November post on Weibo, it was quietly removed from circulation; searches for Peng Shuai’s name now show zero results. If netizens attempt to share the post in question, or engage in discussion regarding it, the following message appears onscreen:

“We’re sorry, we cannot carry out this action as this post contains content that violates laws of Weibo community rules.” [4]

The WTA has been vocal in its demands for the Chinese authorities to show proof of Peng Shuai’s safety. It has also threatened to pull a number of major tournaments out of the country. There are currently ten events scheduled in China for the 2022 season, with 30.4 million dollars offered in prize money during the most recent season prior to the spread of the coronavirus (2019). The ATP’s chairman Andrea Gaudenzi has also described the “deeply unsettling” developments concerning Peng Shuai. In a statement, Gaudenzi said:

“Developments in recent days in the case of Peng Shuai are deeply unsettling…Her safety is our most immediate concern and clarity is required on the situation. The need for verifiable direct communication with her is vital.” [1]

Adding to the uproar over the star tennis player’s disappearance is fellow professional Novak Djokovic, who is the men’s world No. 1 and holder of twenty majors. He gave his backing to Gaudenzi by telling reporters, “I support the statement of WTA.” [1]

“The whole tennis community, needs to back [Peng] up and her family, make sure that she’s safe and sound because if you would have tournaments on Chinese soil without resolving this situation, it would be a little bit strange. I do understand why WTA has taken a stance like that.

“It’s important because this is horrifying. I mean, a person is missing. I hope that [we] find her very soon. It’s terrible. I mean, this could happen to anybody in any part of the world. It concerns the tennis world because she has been an international athlete for many years. She deserves at least our support.” [1]

China has one of the strictest Internet regulatory systems in the world. Its intensive mix of legislative actions and technologies is frequently dubbed “the Great Firewall” (after the ancient Great Wall of China, that spans over 12,000 miles in total). [5] Following the disappearance of Peng Shuai, the upcoming Beijing Olympics next year are once more in the firing line. The White House has said in recent days that it is “deeply concerned” about Peng Shuai’s safety, and press secretary Jen Psaki called on the Chinese government to provide “independent, verifiable proof” of the tennis player’s whereabouts. Moreover, President Joe Biden has confirmed that his administration is “considering” the diplomatic boycott of the 2022 Beijing Olympics. The tentative boycott is not only because of the recent events surrounding the former No. 1 doubles player, but also due to the ongoing genocide against the Uyghurs in East Turkestan. [6]

Campaigners have been pushing for an international boycott of the Olympics for some years, with recent efforts – including pressure from activists – aimed at multinationals such as Panasonic, Omega, Coca-Cola, Allianz, and Intel. [7] This was followed with calls by US House speaker Nancy Pelosi in May 2021 for America to boycott the major sporting event. Pelosi stated during remarks given at a congressional hearing on the Uyghurs:

“What I propose – and join those who are proposing – is a diplomatic boycott…Let’s not honor the Chinese government by having heads of state go to China.” [8]

“For heads of state to go to China in light of a genocide that is ongoing – while you’re sitting there in your seat – really begs the question, what moral authority do you have to speak again about human rights any place in the world?” [8]