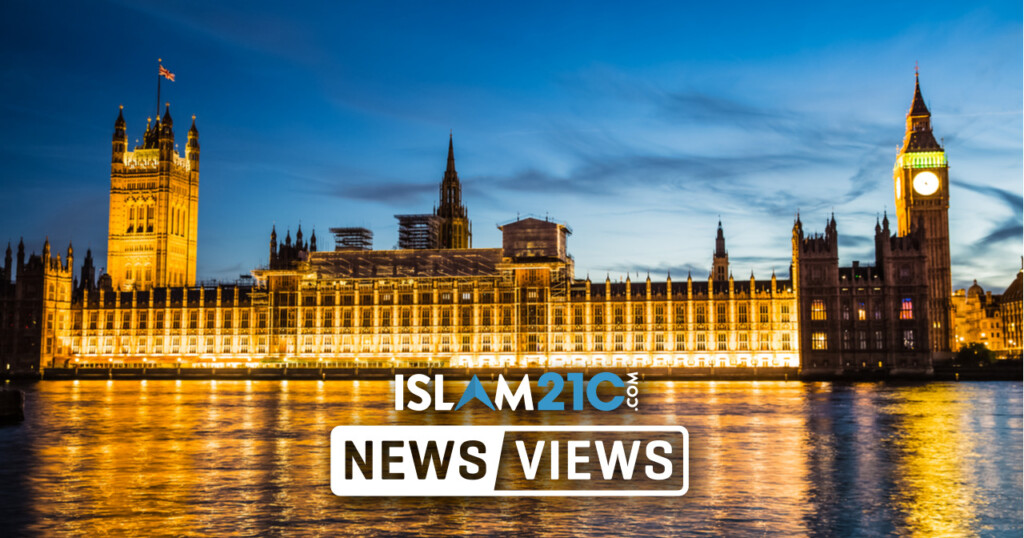 A parliamentary committee on Thursday demanded that the British government match its words with actions when dealing with China’s genocidal policies and other human rights abuses against the Uyghur Muslims.

In a report published by the Foreign Affairs Committee, the UK government was advised to promptly implement a number of policy recommendations in order to put direct pressure on Beijing. These stiffer measures may prove effective in halting China’s grave human rights abuses in the autonomous region of Xinjiang, also known as East Turkestan. Tom Tugendhat, Chair of the Committee and author of the report, urged Number 10 to strengthen its response against the genocide by taking decisive action against the Chinese government.

In his call for new measures to be taken against Beijing, Tugendhat said:

“The evidence of severe human rights abuses and crimes against the Uyghur people is already overwhelming and indisputable, and Parliament has called it as genocide. This report moves the conversation forward, away from the question of whether crimes are taking place and on to what the UK should do to end them.” [1]

He also added in his statement that because of its past historical legacy, Britain should be a leading player in ending the current genocide:

“[The] UK Government should recognise Parliament’s decision, strengthen our response at home, and urge our international partners to protect our own supply chains being used to profit from abuses. China, Britain and others were key to building the institutions to prevent a repeat of the barbarity we saw in Asia and Europe eighty years ago. Now is the time to use them.” [1]

The government should seriously consider the proposal of implementing a wholesale ban on the import of all industrial products known to be produced or manufactured in Xinjiang. Likewise, a boycott of the 2022 Beijing Winter Olympics should be observed as well, as this would dissuade UK businesses from sponsoring or advertising the games. Tourists and fans should also be discouraged from attending the competition, which will ultimately thwart Chinese propaganda efforts.

Regarding the need for a boycott of the Olympics, the report states the following:

“The UK Government should ensure that the Chinese government faces consequences at the 2022 Beijing Winter Olympics for its crimes in Xinjiang by: not participating in the opening or closing ceremonies, strongly discouraging UK businesses from sponsoring or advertising at the Olympics, encouraging fans and tourists to stay away, and discouraging athletes from supporting or accepting the Chinese government’s propaganda efforts while in the country.” [1]

Furthermore, Chinese high-tech and surveillance companies should be banned from operating in the UK. This is because they provide crucial surveillance equipment and technology to Beijing authorities, who ultimately use them to operate the Xinjiang concentration camps that detain more than a million Uyghur Muslims. Furthermore, the government should ban the import of solar panels, many of which are manufactured in the Muslim province located in western China.

Support for Uyghurs in the UK

The Committee advised the government to create and implement an asylum fast track system for Uyghurs and other persecuted ethnic minority groups in China seeking to settle in the UK. To make this system effective, the government should form an international alliance of ‘sanctuary states’ that will prevent the forced return of persecuted minorities to their country of origin.

“For Uyghurs living in the UK, the Government should conduct an urgent consultation to determine the extent of harassment they are facing from Chinese Communist Party officials and the type of support they require, offering support and protection as appropriate.” [1]

Moreover, the government should take a firmer stance against the cultural genocide being perpetrated by Beijing against the Uyghur Muslims. During this genocide, the Chinese state has been responsible for the destruction of centuries old mosques, cemeteries, markets, and traditional schools. There are also shocking stories which confirm that the Chinese government is determined to eliminate the traditional Uyghur family structure by organising forced marriages between Uyghur Muslim women and non-Muslim Han men. Moreover, the UK government must both condemn and take measures to prevent the forced sterilisation of Muslim women.

The UK should take full advantage of its diplomatic prowess on the international stage and build a united front with its allies against China. With its permanent seat in the UN Security Council, London should propose a resolution which would allow international and independent observers to enter Xinjiang, who could then fully investigate the gross crimes taking place. Alternatively, the report recommends a UN investigation that would take place outside of China.

“The Government should also explore the prospect of a Human Rights Council Commission of Inquiry. The Committee recommends that the Government urgently raise a complaint against China to the Committee on the Elimination of Racial Discrimination.” [1]

The committee has also called on the government to engage in dialogue with the International Criminal Court. This discussion should explore the possibility of conducting an official investigation into crimes committed against the Uyghurs and similar ethnic minorities in Xinjiang and other regions in China.

“No country is so powerful that it should be able to perpetrate atrocities with impunity. The UK can choose to act and use the mechanisms and levers built into the UN, and other institutions, to hold the Chinese Communist Party to account.” [1]

The Chinese government has come under increasing criticism from the international community for its dark human rights record. The criticism has intensified as evidence reveals that Beijing is implementing an intense campaign of ethnic and cultural genocide against the Uyghur Muslims in Xinjiang. Recent satellite imagery has shown the rapid growth of mass concentration camps in the countrysides of Xinjiang.

The Chinese regime has defended its genocidal policies in the region, arguing that they are necessary coercive measures which are aimed at tackling extremism and terrorism. This is a trope that is routinely used by the regime to mask and cover the gross human rights abuses that it commits on a daily basis. To carry out its cultural genocide, Beijing has destroyed centuries old mosques and Muslim cemeteries, forcibly denied Muslims the right to practice their faith, and is altering the traditional structure of Uyghur Muslim families.

The Chinese government has routinely denied the existence of concentration camps, despite there being clear evidence to the contrary. Up to a million Uyghur Muslims are believed to be detained in these horrifying camps. The regime claims that these are simply ‘re-educational centres’ which are built to reform the local population and teach them new skills. Survivors and former detainees of such camps, however, have spoken of brutal and inhuman acts of torture, both at the physical and psychological levels.

Earlier this year, a horrifying report published by the BBC revealed the extent to which rape is used against defenceless Uyghur Muslim women detained in these concentration camps. The report shares horrific and explicit witness accounts of how Chinese soldiers and police officers viciously rape and torture Uyghur women inside the camps. Furthermore, Uyghur Muslim women are forcibly sterilised, which robs them of their right to bear children. Without any doubt, these policies aim at curbing the Muslim population in the province. [1]

A groundbreaking report published in March this year revealed that every single article of the United Nations 1948 Genocide Convention has been violated by the Chinese state in its treatment of the Uyghur Muslims in Xinjiang. Subsequently, according to the report, there can no longer be any doubt that the Chinese state bears responsibility for the crime of genocide in Xinjiang, as well as the ethnic cleansing of its people. [2]